Turkey’s historic election could mark the end of President Recep Tayyip Erdoğan’s one-party rule in the country, resulting in one of multiple coalition governments, or none at all, following results last Sunday.

The Justice and Development party (AKP) lost its majority of 327 parliament seats from the 2011 election, dropping eighteen below the 276 needed for a majority rule. The Republican People’s Party (CHP) and Peoples’ Democratic Party (HDP) expanded their seats dramatically from 53 to 81, and 35 to 79 respectively.

"As a result [of the elections], it is going to be much harder for Erdoğan to get what he wants, which is to transform Turkey from a hybrid system into a purely presidential system," said Steven A. Cook, Fellow for Middle East Studies at the Council on Foreign Relations.

A large turnout for minority parties was the catalyst that Cook claims resulted in inflated statistics representing "liberal Turks" who chose not to vote for the AKP and instead towards other Kurdish parties.

If a coalition is somehow formed between the four participants, Erdoğan might seek influence in the newfound government to maintain his power in the country.

"If in fact there is a coalition government, one that Erdogan begrudgingly accepts, there are a number of ways he can undermine it or use who he is to extend his influence beyond the constitutionally mandated powers of the presidency—much of the things he has already been doing," Cook said.

The shift in power marks a watershed moment in Turkish politics, with the future coalition powers aiming to promote stasis on the country’s foreign policy. Turkey’s border with Syria, meanwhile, remains the epicenter for radical jihadists crossing south towards extremist hotbeds in Iraq and the Anbar Province.

What Cook referred to as "the worst kept secret in Turkey" is the reality that foreign money has made its way into the nation, funding the coordination of an ‘army of conquest’ led by Jabhat al-Nusra aimed at toppling Assad’s regime. Efkan Ala, the Turkish minister of the interior, listed almost 10,000 suspected Islamic State members banned from entering the country, according to the International Business Times.

"I think [foreign policy] is going to be a murky area," Cook said. "The Turkish government has been, of late, coordinating with the Saudis to some effect with the battlefield. I think it is a dangerous thing. It is very hard to imagine something other than stasis in Turkish foreign policy."

"The fact of the matter is that the Turks are directly involved, and it will stay that way."

Sunday’s vote does not necessarily mean that power will be relinquished immediately. According to the Turkish constitution and election law, if no coalition is agreed upon in 45 days, President Erdoğan can call a new election.

At this point, it is unclear how a snap election would produce results that would alter the current political alignment. 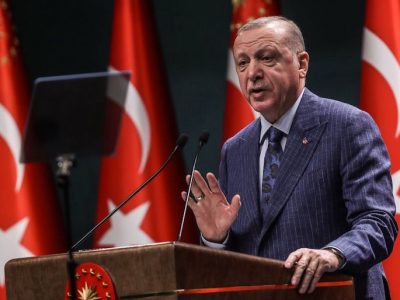