The United Nations has condemned a Palestinian nonprofit that recently accused Jewish people of using "Christian blood" during the Passover seder.

Miftah, a Palestinian nonprofit that has received funding from many Western governments and foundations, came under fire for publishing an article accusing "the Jews [of using] the blood of Christians in the Jewish Passover."

Miftah apologized Monday after U.S. Jewish groups and others expressed outrage over the blood libel.

The U.N. Educational, Scientific, and Cultural Organization (UNESCO), which has partnered with Miftah on various projects, rebuked the group Tuesday.

"UNESCO condemns all forms of hate literature, including anti-Semitic articles such as the one Miftah published and later apologized for," UNESCO spokesman Roni Ameland told the Free Beacon over email.

"UNESCO does not fund Miftah nor does it have any formal relations with it," Ameland said. "UNESCO did support several gender-focused workshops and activities organized by Miftah in the past but its collaboration with the organization ended in 2011."

UNESCO has been viewed critically by many in the pro-Israel community for its efforts to recognize an independent Palestinian state outside of the peace process.

The United States cut its funding to UNESCO after it accepted "Palestine" as a member.

Miftah continues to face criticism for its anti-Semitic article, which has since been removed and replaced with an apology.

"Does Obama in fact know the relationship, for example, between ‘Passover’ and ‘Christian blood’..?!" said the article, which was first found and publicized by the pro-Israel Elder of Ziyon blog. "Or ‘Passover’ and ‘Jewish blood rituals?!’"

Funding to Miftah has been provided by the governments of Italy, Ireland, and Norway, as well as by handful of Western nonprofits, including the Ford Foundation, according to NGO Monitor, a watchdog group. 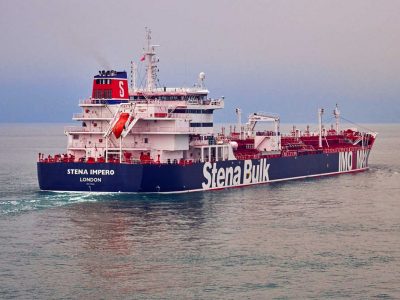