A controversial Islamist group will gather at Tufts University on Friday for a weekend-long conference that will include training students to take "direct action" against pro-Israel and Jewish students on U.S. campuses, according to a schedule of the conference obtained by the Free Beacon.

The event, held by Students for Justice in Palestine (SJP), which is run by the American Muslims for Palestine, has raised concerns among students who feel threatened by the group’s highly aggressive—and sometimes violent—tactics.

SJP is known for leading some the most hostile anti-Israel campaigns on campus, including comparisons of the Jewish state to Nazi Germany, promotion of the Boycott, Divest, and Sanctions (BDS) movement, and advocacy for the terrorist group Hamas.

SJP affiliates on several U.S. campuses have been banned by school administrators for disseminating materials described by critics as anti-Semitic

This weekend’s conference at Tufts will feature a seminar on "Direct Action" as well as numerous panels on how to promote BDS against Israel on campus.

The Saturday afternoon workshop on "planning effective, powerful and creative direct action" will teach anti-Israel activists in attendance how they can intimidate pro-Israel students using tactics that some say border on violence, and that in past instances have actually crossed the line into violence.

"Direct Action arrives at the height of a campaign when all other means of escalation have been utilized," the SJP program says. "It is a last resort tactic that maximizes student pressure, and demands attention from all stakeholders."

"Presently, SJPs throughout the nation are pushing the limits of Palestine Solidarity, and understanding how civil disobedience works can strengthen any campaign’s pressure and salience," the group states. "Understanding this tactic is crucial to a stronger and more versatile SJP that seeks to publicly challenge university administrations and student governments."

One SJP official speaking at this weekend’s conference has worn Hezbollah and Islamic Jihad apparel on U.S. campuses and once, while meeting with a suspected Palestinian terrorists in the West Bank, posed with a machine gun.

A Tufts spokeswoman endorsed the SJP conference as part of the "robust exchange of ideas," which "can be challenging and uncomfortable," according to a statement provided to the Free Beacon by Katie Cinnamond Benoit, the school’s associate director of Public Relations.

One student journalist at Brandeis, Daniel Mael, was refused press credentials for the conference, a policy that appears to be consistent with SJP’s history of suppressing media scrutiny of its activities.

"Why would SJP refuse to allow a journalist to cover a conference if there is nothing to hide?" Mael asked when contacted for comment. "More importantly, why is Tufts helping a group with a history of violence and anti-Semitism avoid journalistic scrutiny?"

Benoit did not immediately respond when asked whether barring student journalists from the conference is consistent with promoting a "robust exchange of ideas."

One Tufts student who spoke to the Free Beacon on condition of anonymity expressed concern about SJP’s "hateful presence" on campus.

"I am saddened by the hateful presence that the SJP conference will bring to the Tufts Campus this weekend," said the student. "I hope we can overcome SJP's negative conference and work together towards peace through dialogue and understanding."

Human rights advocate Kenneth Marcus said he is worried that SJP could be training its activists to create an unsafe and intimidating atmosphere for students on campuses where the group operates.

"‘Direct action’ would be fine if it just meant speaking out forcefully for what they believe in," said Marcus, president and general counsel at The Louis D. Brandeis Center for Human Rights Under Law.

"It’s their right to express their opinions, no matter how misguided. The problem is when Jewish students are assaulted, threatened, and intimidated," Marcus said. "Then what we’re talking about is hate activity, and this should be dealt with accordingly. If they commit criminal offenses, or violations of school rules, they should be treated like any other criminals or law-breakers."

SJP has been banned on some campuses and reprimanded on others as a result of its anti-Israel activism. 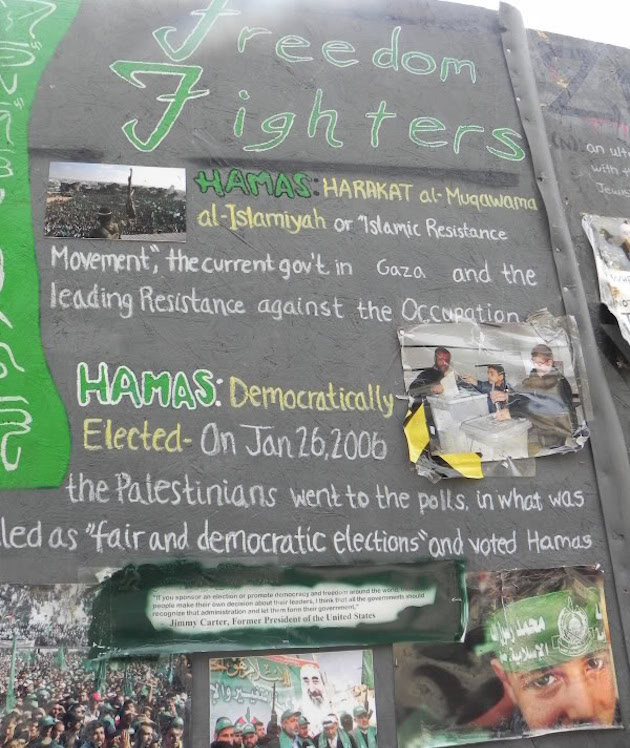 In August, a Jewish student at Temple University in Philadelphia was punched in the face after challenging SJP at one of SJP’s "informational" booths.

Last month at Loyola University in Chicago, SJP members surrounded a table staffed by Jewish students and "verbally assaulted" them, "hurling a variety of insults at them before creating a human wall to block their attempt to advertise trips to Israel," the College Fix reported at the time.

At UCLA, pro-Israel activist Avinoam Baral was subjected to social media attacks by SJP members, some of whom created fake text messages to create the impression that Baral had said, "I hate Muslims."

The fake text went viral and led Baral to fear for his safety.

SJP also caused a scandal at Vassar College in May when it posted links to a Nazi-themed anti-Semitic image that had been promoted by a white supremacist group. The group’s distribution of the racist material prompted Vassar to formally investigate SJP.

Last year, Northeastern University suspended SJP after its members "vandalized the campus with anti-Semitic messages, specifically targeting and defacing the statue of a Jewish donor and trustee of the university," Front Page magazine reported.

SJP’s faculty advisor at Northeastern also was caught on video last year telling students that they should be proud to be called anti-Semites. 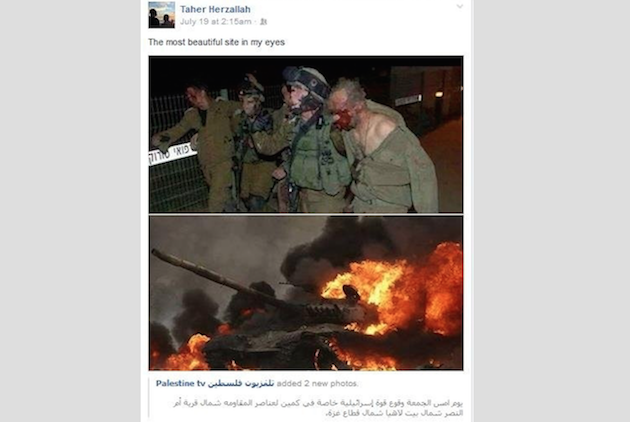 During this weekend’s conference at Tufts, SJP will continue to promote boycotts and divestment from Israel, according to the schedule.

A Saturday afternoon workshop titled, "Bursting the Campus Bubble: Learning From BDS Campaigns Beyond Campus Divestment Resolutions," SJP will explain how students can push the anti-Israel campaign both on and off campus.

"In this workshop we will discuss the options that exist for groups looking to do BDS work beyond divestment resolutions—whether on campus or off—and strategize opportunities to collaborate with community groups on an ongoing campaign or a brand new one," the group states in its materials.

Another "divestment on campus" workshop will explain how students can "and move the question of Palestine from the margin to the center of campus politics."