To understand business in China, look to the demise of Neihan Duanzi, a popular joke-sharing app shuttered by authorities in 2018 for "indecent" content. Rather than protesting, the CEO of Neihan Duanzi-owner ByteDance, Zhang Yiming, issued a groveling apology for creating "content that goes against socialist core values" and failing to "direct public opinion in the right way."

Four months after writing that "socialist core values are the prerequisite to technology," Zhang introduced the U.S. version of TikTok, the popular video-sharing site used by as many as half of American teenagers.

If Zhang’s self-professed fealty to "socialist values" is news to you, it may be because it's gone largely unmentioned in mainstream coverage of President Donald Trump's efforts to ban the app. Instead, prominent outlets have rushed to defend TikTok.

The New York Times‘s Taylor Lorenz dedicated a single paragraph to the fact that ByteDance is Chinese, "potentially giving the Chinese government access to American user data." If word count is any indication, Lorenz is far more focused on teens’ distress at the thought of losing the app. Trump, in Lorenz’s telling, is angry that TikTokers made him look bad by allegedly faking attendance reservations for his Tulsa rally—a theory for which Lorenz herself is the source.

The Times is not the only offender. Axios called Trump's potential ban evidence that "the U.S. is now playing by China's internet rules" and argued that Trump just wants to favor American businesses. Scandalous! Vogue speculated that Trump wants the app gone because a comedian uses it to make fun of him.

Like every social media site, TikTok hoovers up vast amounts of data, and ByteDance, like every other business in the PRC, is beholden to the Communist Party. The Chinese government is not above misusing TikTok’s data or pushing the CCP’s political agenda.

This is why the Trump administration wants to see TikTok sold or shut down. It's also why dozens of families are suing TikTok over privacy violations, why major companies like Wells Fargo have made employees stop using it, and why even Democratic Senate minority leader Chuck Schumer supports a ban.

The media’s mindless opposition to a TikTok ban is in keeping with their defense of the World Health Organization even as it has transformed into a puppet of the Chinese, as well as with their view that the Communist Party is a "ticket to a better future" for young Chinese citizens—the ones that aren’t in prison camps, anyway.

They laud the CCP for the same reason that they cannot imagine why Trump would have real concerns about TikTok: They view each story only through the lens of their unyielding opposition to the president. If that means handing data on millions of American children to the genocidal communist regime in Beijing, so be it.

TikTok’s sale to Microsoft may take another year, as some 15 million lines of code sitting on Chinese servers are transferred to the United States. That’s one more year in which American kids will be left exposed to a devious and conniving regime. If the threat is real—and it is—then a faster solution must be found, or an outright ban reconsidered. Tick-tock. 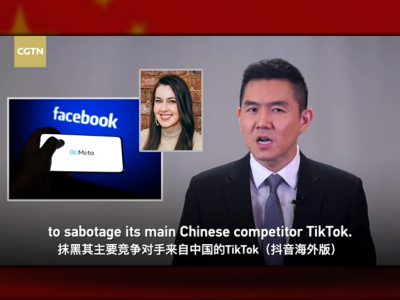