Beleaguered Colombian president Iván Duque last week denounced the opportunism of political opponents leading riots against his government, arguing that his leftist foes are working to "capitalize" on a crippling socioeconomic crisis afflicting the nation.

In a wide-ranging video interview, Duque argued that those behind the riots include "criminal groups that have linkages with the Maduro regime" in Venezuela—and which threaten to take Colombia in the direction of its socialist neighbor.

Duque's opponent in Colombia's 2018 election, the left-wing Colombian senator Gustavo Petro, an acolyte of the socialist Hugo Chavez, will likely be his fiercest competition in next year's election.

Political unrest has rocked the capital city of Bogotá in recent weeks, where demonstrators have rioted and blocked streets, culminating sometimes in deadly clashes with police officers.

Colombia's demonstrations began as protests against a controversial tax reform measure introduced by the government, which has since been repealed. But their effect far exceeds their cause, Duque said. After succeeding in repealing Duque's tax proposal, demonstrators have made further demands for a universal basic income, police reform, and health care reform.

In a situation similar to that seen in many Western democracies, Colombia has also faced compounding crises in recent months, as the raging coronavirus pandemic was succeeded by an unprecedented migration crisis. All these issues prompted the need for fiscal reform, Duque said, which has met fierce backlash from opponents. 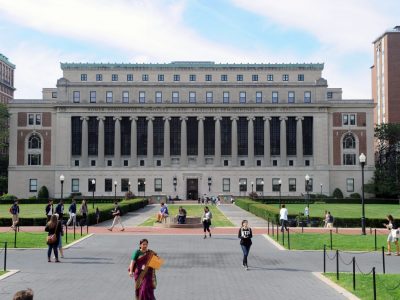