The Best From ‘Mad Dog Mattis’

Gen. James Mattis, known to his troops as "Mad Dog Mattis," is retiring after 41 years of military service.

The Marine Corps Times is calling Mattis the "most revered Marine in a generation."

Mattis has been commander of the United States Central Command since 2010 and led the 1st Marine Division into Iraq in 2003.

According to reports, President Barack Obama decided to force the Marine Corps legend out early because he rubbed civilian officials the wrong way, and forced them to answer tough questions regarding Iran.

Mattis was an inspirational leader of men and his powerful words will go down in history.

Here are some of the best words that the "Mad Dog" has had to offer:

1. "I don’t lose any sleep at night over the potential for failure. I cannot even spell the word." 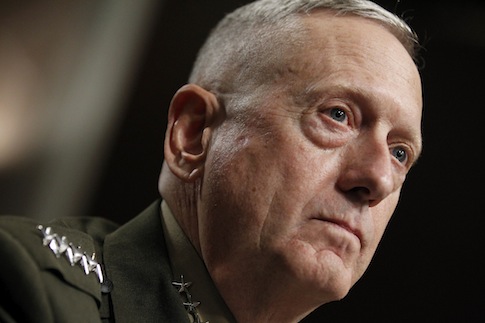 2. "The first time you blow someone away is not an insignificant event. That said, there are some assholes in the world that just need to be shot."

3. "I come in peace. I didn’t bring artillery. But I’m pleading with you, with tears in my eyes: If you fuck with me, I’ll kill you all."

4. "Find the enemy that wants to end this experiment (in American democracy) and kill every one of them until they’re so sick of the killing that they leave us and our freedoms intact." 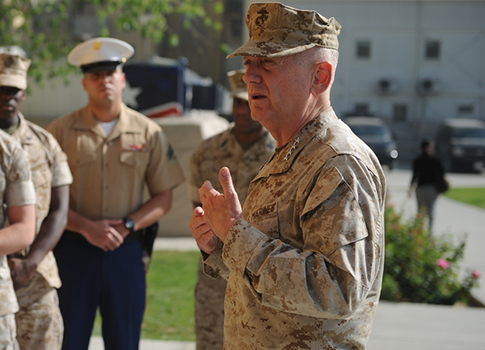 5. "Marines don't know how to spell the word defeat."

6. "Be polite, be professional, but have a plan to kill everybody you meet."

7. "The most important six inches on the battlefield is between your ears."

8. "You are part of the world's most feared and trusted force. Engage your brain before you engage your weapon." 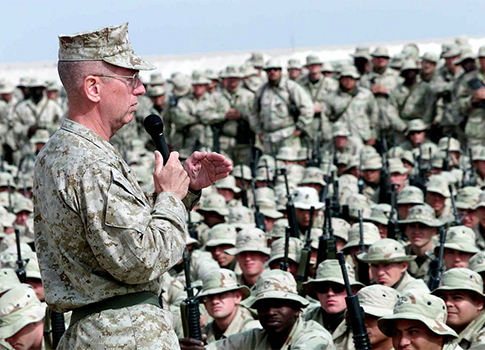 9. "There are hunters and there are victims. By your discipline, cunning, obedience and alertness, you will decide if you are a hunter or a victim."

10. "No war is over until the enemy says it's over. We may think it over, we may declare it over, but in fact, the enemy gets a vote."

11. "There is nothing better than getting shot at and missed. It’s really great."

12. "You cannot allow any of your people to avoid the brutal facts. If they start living in a dream world, it’s going to be bad." 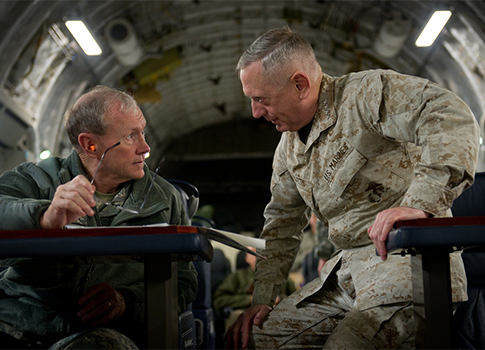 13. "You go into Afghanistan, you got guys who slap women around for five years because they didn't wear a veil. You know, guys like that ain't got no manhood left anyway. So it's a hell of a lot of fun to shoot them. Actually it's quite fun to fight them, you know. It's a hell of a hoot. It's fun to shoot some people. I'll be right up there with you. I like brawling."

15. "Demonstrate to the world there is ‘No Better Friend, No Worse Enemy’ than a U.S. Marine."

16. "Fight with a happy heart and strong spirit" 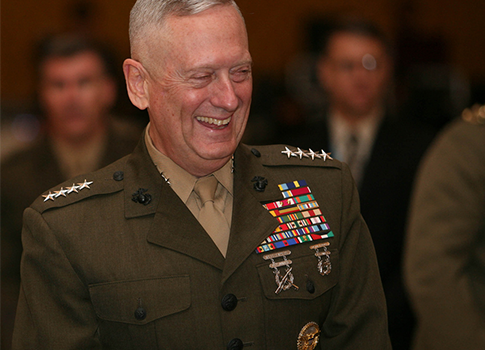