The U.S. Strategic Command, in charge of waging nuclear war, has a new command and control facility in Omaha that will bear the name of a famous warfighting Air Force general.

The top-secret Nuclear Command and Control Facility at Offutt Air Force Base will be named after the late Gen. Curtis LeMay and is one of the most secure buildings in the world, hardened against electromagnetic pulse attacks and wired with high-technology fiber optic communications lines.

The 900,000 square-foot facility is in the final stages of construction and will replace an aging 1950s-era command center 250 yards down the road.

"The building is designed not just as an office building but as a weapons system," said Mike Kolster, chief of military construction for Strategic Command. "Without command and control, the other weapons systems are useless. They have to have direction from somewhere."

Kolster said in an interview in Omaha that the Air Force has agreed to allow the transfer of name of the old building, Gen. Curtis E. LeMay Headquarters Building, to the new facility, located about 250 yards away.

LeMay's name will be added during a ribbon-cutting ceremony sometime in October. 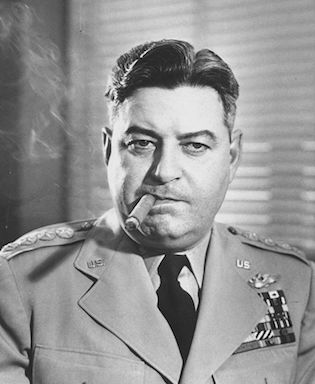 LeMay, who died in 1990, was a cigar-smoking advocate for air power who led the U.S. bombing campaign against Japan in World War II. Later he was chief of staff of the Air Force and commander of the Strategic Air Command, in charge of nuclear bombers and missiles.

The four-star general had four nicknames during his career: Bombs Away LeMay, Old Iron Pants, The Demon, and The Big Cigar.

In the 1968 presidential election campaign, he ran for vice president on an independent ticket with pro-segregation Democrat Gov. George Wallace.

The blunt-spoken LeMay once said: "I’ll tell you what war is about. You've got to kill people, and when you've killed enough they stop fighting."

The new building project began in 2008 and construction began in 2012 and was completed in October.

The facility cost $617 million to build and another $650 million to outfit with advanced information technology and communications systems.

Unlike the old building, the new facility is designed with both security and functionality in mind.

Like the old headquarters, the new facility has a deep underground operations center, where nuclear war would be waged.

"This building is the heart of deterrence," Kolster said, noting that it is designed to permit the use of data from the operations center anywhere in the building. 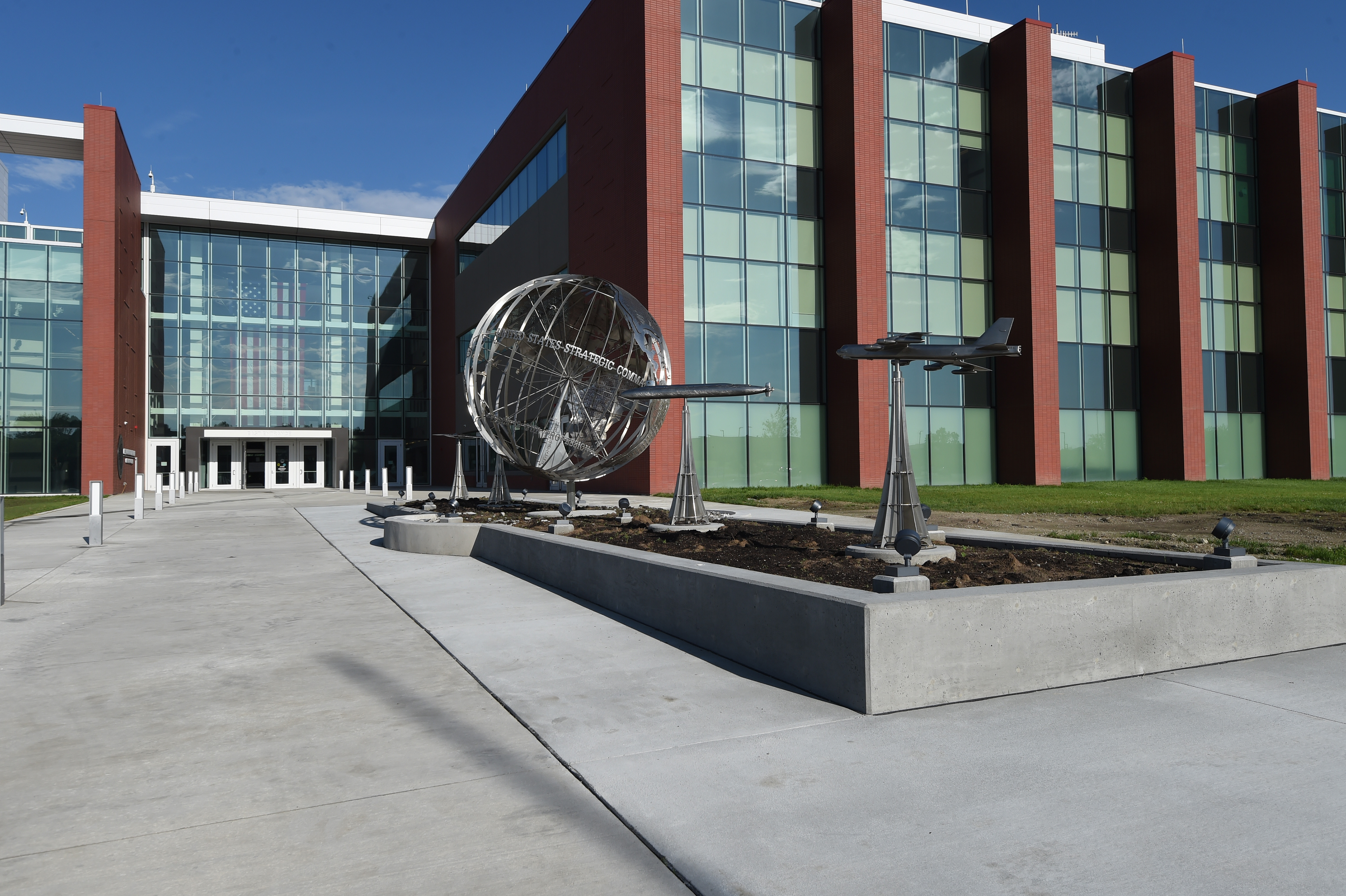 Those weapons must be in constant communication with Strategic Command Commander Gen. John Hyten, the military leader who would implement various nuclear war plans when directed by the president.

The command has been revitalized under the Trump administration, which for the first time in years acknowledged the growing nuclear threats from both China and Russia, and the need to upgrade American strategic forces.

All current strategic weapons and delivery systems are very old and nearing the end of their lives. They will be replaced over the next 20 years with new Columbia-class missile submarines, new B-21 Raider bombers, and a new land-based missile currently called the Ground-Based Strategic Deterrent.

The Congressional Budget Office estimates government will spend $494 billion between 2019 and 2028 on modernizing the nuclear force.

Elizabeth Durham-Ruiz, director of Stratcom's new command, control, and communications center that will be located inside the new building, said 300 people have moved into what the Stratcom calls the NC3.

The NC3 is the brain of America's nuclear warfighting system.

"Nuclear command and control is basically the central nervous system that allows commander Stratcom to perform the nuclear mission based upon receiving orders from the president to execute the mission," she said in an interview.

Another 2,300 Stratcom personnel are in the process of moving into the new building and could be in place by the end of the year.

Durham-Ruiz is director of the Nuclear Command, Control, Communications Enterprise Center that began operating in April.

The center operates $20 billion worth of NC3 assets. They include a highly redundant network of airborne, space, land- and sea-based equipment that provide orders and information to nuclear warfighters in all types of conditions, including during a nuclear attack.

The new center is designed to break down "stovepipes" in the old command and control network and improve efficiency.

One of its most important functions, however, will be to modernize the NC3 systems for nuclear forces as the new and advanced strategic submarines, missiles, and bombers come online.

"We need to make sure the command and control capabilities are modernized to support that," she said.

Current systems are functioning well but are based on technology developed in the 1970s, 1980s, and 1990s.

The architecture of the new NC3 system has yet to be defined but will be developed along with the new weapons platforms.

The Pentagon's 2018 Nuclear Posture Review states that the current NC3 system is old and was last updated nearly 30 years ago.

Current NC3 is vulnerable to expanding threats such as attacks on satellites and cyberattacks against networks.

As part of the upgrade, the modernized system will be better protected against cyberattacks and satellite strikes and will include better communications, advanced decision-making technology, and a reformed governance of the overall system.

If China used one of its anti-satellite missiles to shoot down a key command and control satellite, Durham-Ruiz said the network could still function.

"There are workarounds," she said. "There are multiple redundant capabilities if that particular node were no longer available, whether it's an airborne node, or a satellite node, a ground based node. There are redundancies."

Stratcom personnel constantly conduct training to deal with those types of situations, and the command holds around 400 exercises a year.

"If a particular element [of NC3] were to be not available for whatever reason… we're going to continue to perform the mission," Durham-Ruiz said.

Kolster said that because of the high yield of current enemy nuclear warheads, along with precision strike nuclear delivery capabilities, the new facility would not withstand a direct attack, including the underground operations center.

"It's very secure," he said. "But it's not designed for a direct strike."

The building is shielded against a nuclear electromagnetic pulse strike—a pulse capable of disrupting or destroying all electronics over a large area.

The new facility has fared well under two recent weather events—an April 2017 tornado that ripped through the middle of Offutt, and more recent flooding.

The base is near the confluence of the Missouri and Platt Rivers and has a low water table.

Kolster said the new building used a special system known as a permanent earth retention system designed to keep water out of below ground facilities. The system worked well in keeping out water during the recent floods that hit the base.

Durham-Ruiz said river flooding at the base knocked out power during a nuclear exercise called Global Lightning.

Despite the flooding problems, the exercise continued. Backup generators allowed the command to test out its backup power in using the command and control system.