The blast took place off the coast of Nenoksa, a naval missile test site, on Aug. 8 and killed five people while briefly spreading radiation in the region.

The site of the accident is near the port of Severodvinsk where Russian nuclear submarines are serviced.

President Trump said Monday the United States is "learning much from the failed missile explosion in Russia."

"We have similar, though more advanced, technology," he tweeted. "The Russian ‘Skyfall' explosion has people worried about the air around the facility, and far beyond. Not good!"

The nuclear-powered cruise missile has been designated the SCC-X-9 Skyfall. 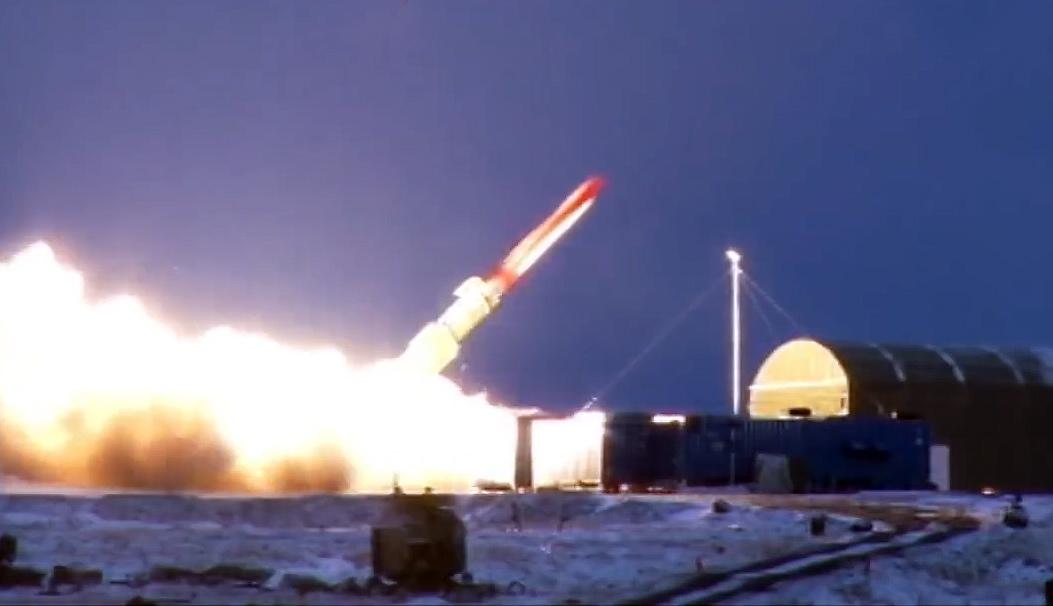 The Pentagon has not said anything publicly about the incident. The Defense Intelligence Agency declined to comment.

"Those insights, along with delayed and contradictory official statements by Russian officials and concerns expressed by citizens in social media there, appear to tell us something significant occurred," the official said.

The Russian government initially lied about the incident, saying no radiation was released from the blast.

After increased radiation levels were detected outside Russia, Moscow changed its story and admitted that the explosion was caused by a failed test of the new nuclear-powered missile.

The secrecy in handling the event echoed the initial reaction to the nuclear explosion at Chernobyl in 1987 that was dramatized in a recent HBO series.

Authorities in the city of Severodvinsk, located near the test site, initially reported radiation levels had increased by between 16 times and 20 times normal levels on the day of the explosion.

The explosion included the ignition of liquid rocket fuel on the launch platform in Dvinsky Bay, a waterway that leads to the White Sea.

Mark Schneider, a former Pentagon nuclear weapons policymaker, said the admission that the blast involved a nuclear-powered engine means the likely candidate for such a weapon is the Russian Burevestnik, or Storm Petrel cruise missile.

The SCC-X-9 was first unveiled in a speech by Russian president Vladimir Putin in March 2018. Russian reports identify the missile as 9M730.

The weapon is one of two new "super weapons" capable of delivering nuclear strikes. The second is an underwater drone submarine code-named Kanyon by the Pentagon that will carry a megaton-class warhead.

Putin said the new missile will have unlimited range because of its nuclear-fueled engine.

"A low-flying, difficult-to-spot cruise missile with a nuclear payload with a practically unlimited range and an unpredictable flight path which can bypass lines of interception is invincible in the face of all existing and future systems of both missile defense and air defense," Putin said.

He noted that the cruise missile is powered by a "compact, highly powerful nuclear-powered missile engine."

"The missile launch and a complex of tests on the ground make it possible to transition to a completely new type of weapon: a strategic nuclear armaments complex with a missile powered by a nuclear plant," Putin said to applause.

Russian press reports have suggested the missile is powered by compact heaters linked to onboard reactor. Air entering the engine is heated to several thousand degrees and converted to propellant that is discharged, producing thrust.

The missile has been tested several times since 2017.

The Washington Free Beacon reported in April 2018 that the new missile was tested twice and that both tests were failures.

The newsletter "The Diplomat" reported in February that the Skyfall was tested Jan. 29 with partial success and was the 13th test of the weapon.

"Of all Putin's nuclear superweapons, this is the craziest one," Schneider said. "Even a successful launch of this missile results in nuclear reactor destruction and radiation release."

Schneider said the test firing of Skyfall from a sea-based platform may have been an attempt by Russian weapons testers to reduce radiation damage from failed tests.

"What scares me most about this missile is not the threat it poses to us but the mentality behind it," Schneider said. "It is dangerous and its threat is made much worse by anti-nuclear deterrence views of inside the beltway Washington establishment."

Rosatom, the state nuclear agency of Russia announced the blast took place on a sea platform in the White Sea.

The agency said arms development would continue despite the deaths and injuries caused by the failed test.

Asked about Trump's comments, Kremlin spokesman Dmitry Peskov said: "Our president has repeatedly said that Russian engineering in this sector significantly outstrips the level that other countries have managed to reach for the moment, and it is fairly unique."

The new Russian strategic weapons, as well as other new strategic systems, have prompted the Trump administration to say it is unlikely to negotiate an extension of the 2010 New START arms treaty because Moscow has refused to include the new arms in a revised treaty.

Russian news agencies reported that residents of Nenoksa were advised by authorities to leave the area during clean-up work, Reuters reported from Moscow.

The evacuation order was later rescinded.

U.S. intelligence officials who have studied the new missile say it is powered by some type of high temperature thruster powered by a small nuclear reactor.

The United States in the late 1950s worked on a nuclear reactor-powered scramjet engine for missiles but abandoned the project in the 1960s.

Experts who have analyzed the new missile have questioned whether it will be capable of penetrating advanced missile defenses.

Also, the heat generated by the missile's reactor would render the weapon vulnerable to countermeasures.

The Russian missile is said to be under development by the Russia's OKB Novator that builds long-range cruise missiles.

The company is building a missile designated 9M730 that is believed to be the Skyfall.

The Washington Post reported Tuesday that the new missile is being developed by the Russian Federal Nuclear Center, according to the center's director, Vyacheslav Soloviev.

"We're analyzing the whole chain of events to assess both the scale of the accident and to understand its causes," Soloviev said.