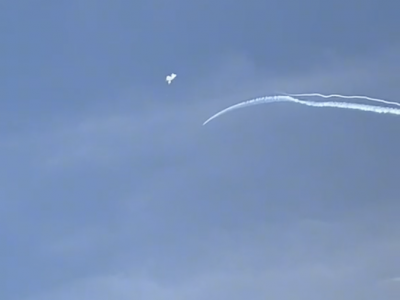 The resolution urges the executive branch to take all available measures to halt China's abuses against its Uighur people. So far, Beijing has imprisoned about 1.8 million Uighurs in labor camps in its Xinjiang region, subjecting them to forced sterilizations, abortions, and other abuses.

The resolution also notes that the Chinese Communist Party has separated roughly 500,000 Chinese Muslim children from their parents to place them in state-run boarding schools, where teachers indoctrinate them into Communist thought and force them to abandon their culture.

The United States should make the designation, Rubio said, to be "clear about the nature of these atrocities."

"Free nations must urgently come together and press for an end to these crimes and seek accountability and justice," he argued.

In response to China's atrocities, the Trump administration has pursued a series of sanctions targeting individuals and businesses complicit in the labor camps, costing Beijing millions of dollars, though it has stopped short of designating the abuses genocide.

Trump has also withdrawn funding from such international organizations as the United Nations Population Fund, which might have been complicit in China's forced birth control of Uighurs.

"Where the previous administration and many other world leaders delivered speeches and empty rhetoric, President Trump has taken bold action," National Security Council spokesman John Ullyot told the Washington Free Beacon in August. "President Trump's policies have demonstrated that every person—the born and unborn, the poor, the downcast, the disabled, the infirm, and the elderly—has inherent value."