Russian President Vladimir Putin, in an open act of aggression against Ukraine, has invaded and taken control of the Crimean Peninsula.

Putin apologists are reaching far and wide to find excuses for the Russian strongman's actions. Blame has been placed on Western media’s unfair treatment of Putin, on the United States, and even on Ukrainian aggression. And even as they excuse Putin's actions, his patsies say that the United States is in no position to judge this "champion of conservative values."

Here are some of the Washington Free Beacon‘s choicest cuts from Putin's patsies. 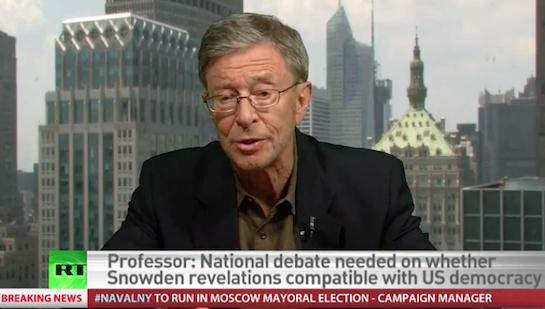 NYU professor Stephen Cohen said on Sunday that Putin "did not create this Ukrainian crisis" and that "it was imposed on him and he had no choice to react."

Cohen insisted Putin "is not a thug" and praised him as the "most soft authoritarian of Russian rulers in centuries."

Cohen also argued that the current Ukrainian government is not legitimate.

Last month Cohen’s article in the Nation critiqued the media’s "relentless demonization of Putin," asking whether "any Soviet Communist leader after Stalin [was] ever so personally villainized?"

Putin doesn't have to worry about Cohen villainizing him! 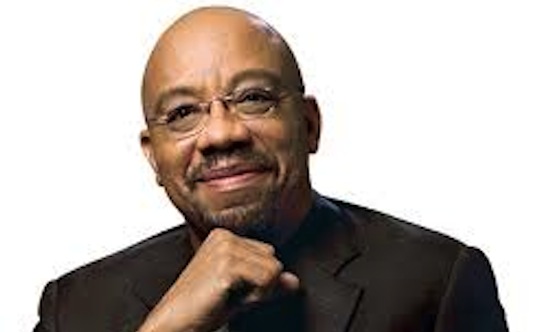 The Washington Post’s Eugene Robinson wrote on Tuesday that the United States "has limited standing to insist on absolute respect for the territorial integrity of sovereign states."

"We’re supposed to be shocked—shocked!—that a great military power would cook up a pretext to invade a smaller, weaker nation?" writes Robinson. "I’m sorry, but has everyone forgotten the unfortunate events in Iraq a few years ago?"

Robinson attempts to equate Putin’s claim that Russia felt threatened by Ukraine to the Bush administration's warning that the Saddam Hussein regime in Iraq threatened the world with weapons of mass destruction.

Robinson’s solution? Hand Crimea to Putin. "I don’t believe it helps the Ukrainians to pretend that there is a way to make Putin surrender Crimea if he wants to keep it," wrote Robinson. Nor does it help the rest of us to pretend that Gene Robinson is a serious person. 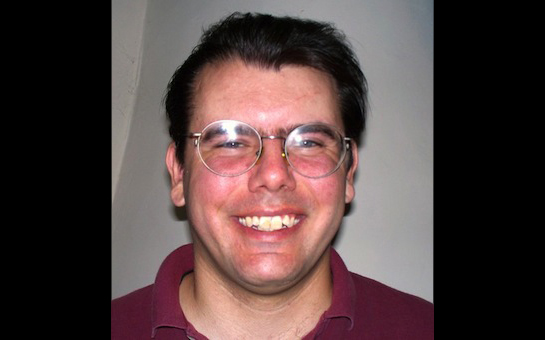 Daniel Larison of the American Conservative wrote that Russia "presumably thinks that it has been forced into" invading Ukraine.

Larison said that previous U.S. aggression has made Putin think that a military invasion of the Crimea is acceptable.

"The complete inability to see that their own policies have prepared the way for other states to use military force in this way is pitiful and deplorable," wrote Larison, as of 2005 a member of the neo-Confederate League of the South. 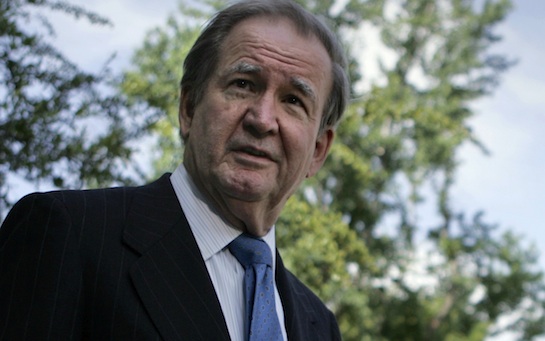 Pat Buchanan, a long-time fan of Putin, wrote that Putin’s aggression against Ukraine is "not irrational."

Buchanan pointed out that the Crimean peninsula has been under Russian control from "Catherine the Great to Khrushchev" and that the "people of Crimea are 60 percent ethnic Russians."

"Should Crimea vote to secede from Ukraine, upon what moral ground would we stand to deny them the right, when we bombed Serbia for 78 days to bring about the secession of Kosovo?" asked Buchanan.

Funny, but we missed the vote that preceded Putin's invasion last weekend. 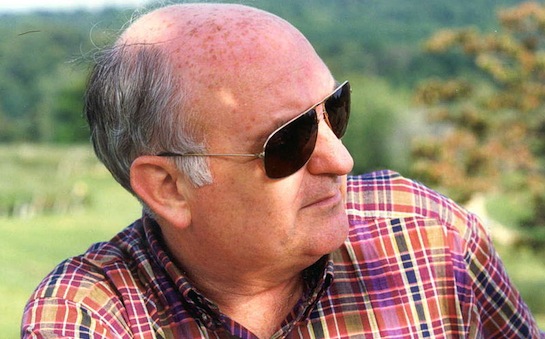 Colonel W. Patrick Lang, in a post that appeared on the Ron Paul Institute‘s website, argued that the campaign by many in the United States against Russia’s aggression in Ukraine is "intended to punish Russia for not supporting US/Israeli/Saudi and Turkish policy in Syria and to some extent with regard to Iran."

"To some extent"? Really, colonel, why the qualifier? Have they gotten to you, too? 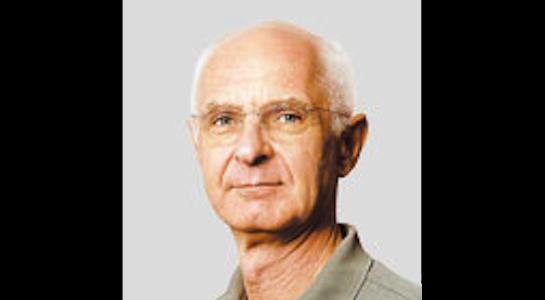 Jonathan Steele of the Guardian excused Russia’s invasion of Crimea due to Russian speakers in Ukraine who "are understandably alarmed after the new Kiev authorities scrapped a law allowing Russian as an official language in their areas."

Steele goes on to claim that the illegality of Putin’s move "is considerably less clear-cut than that of the U.S.-led invasion of Iraq, or of Afghanistan, where the UN security council only authorized the intervention several weeks after it had happened." 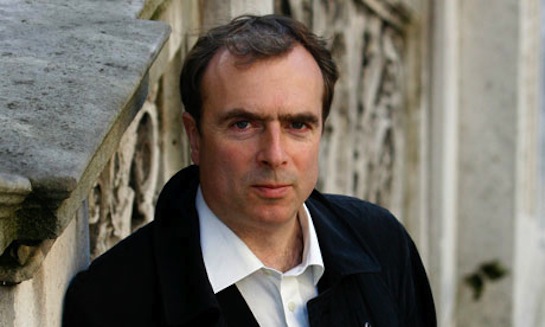 Peter Hitchens wrote in his Daily Mail blog that in Russia the "natural state of things is danger" due to the giant nation's lack of natural borders and a long history of invasions.

Hitchens said that Putin and Russia are "on to something" to "not really regard Ukraine as a proper sovereign state."

Hitchens added that, were he a Ukrainian politician or citizen, he "would actively support the return of Crimea to Russia."

Finally, Hitchens showered praise on Putin for not using "naked force" to compel Ukraine to give in to Moscow’s rule.

"I might add that Russia, bound by the modern rules of diplomacy, has refrained from compelling Ukraine to return to Moscow rule by naked force, as it would not have hesitated to do 50 or 100 years ago" wrote Hitchens. "Instead the Russians have sought to ensure that Ukraine remains very much under their influence, while Kiev retains formal independence." 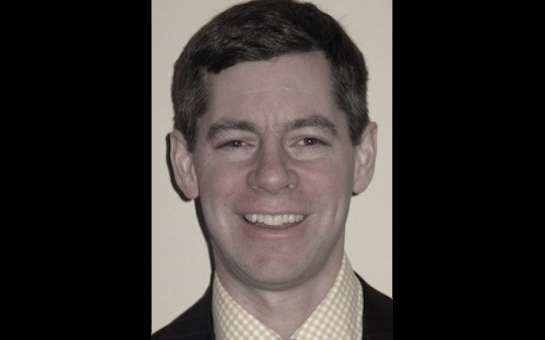 Jacob Heilbrunn, writing in the National Interest, suggests that Obama should follow in Putin’s footsteps.

"Rather than threatening Putin, Obama should continue to seek to offer him an exit strategy—just as Putin offered him one out of Syria," wrote Heilbrunn. "By all accounts, this is what Obama is seeking to do."

Heilbrunn criticizes the idea that outsiders should denounce Putin’s aggression.

"Contrary to Senator John McCain, who seems to adopt a new country every few months, we aren't all Ukrainians now." Heilbrunn is content with adopting Russia.

"STOP the War," a coalition of British left-wing groups formed to oppose the war in Iraq, is living up to the criticism that it is "sympathetic towards … despotic foreign leaders with the good grace to be non-Western."

The group put out a ten-point response to the crisis, pointing out first that it is not even clear that Russia is the aggressor because "the United States and NATO broke their word to Russia" by making alliances with Eastern European and Balkan states.

The Economist analyzed the "Stop the War" statement and concluded that it was "bizarre" and "in no way borne out by reality."

Welcome to the world of Vladimir Putin's patsies.