Russian forces are poised to invade Ukraine unless the United States and NATO cave to Vladimir Putin's demands. The Biden administration and the Western military alliance have no plans to mount a meaningful response to Russia's unprovoked aggression, but they have gone to great lengths to ensure their symbolic expression of outrage will be as "gender inclusive" as possible.

The NATO Gender-Inclusive Language Manual, published in April 2020, offers crucial guidance for Western military officials regarding the use of "communication as a basis for advancing gender equality." The pivotal document was prepared by the office of Clare Hutchinson, who has served as the NATO secretary general's special representative for women, peace, and security since January 2018.

"Adapting our language is an easy and rewarding step that each of us can take to make gender equality a reality," Hutchinson writes in the manual's foreword. "Together, let's take that extra step to forge communication in which all feel included. Let's create language that reflects our way of looking at the world today and that helps shape the world for tomorrow."

The manual was "drafted as a tool for all civilian and military personnel across NATO" for the purpose of encouraging and strengthening the use of "inclusive language," in accordance with the contemporary mores of our enlightened elites. For example, the manual recommends the use of the singular use of "they" and "their" as an alternative to masculine and feminine pronouns, but concedes there are times when "highlighting both genders can be useful to make a sentence more inclusive." Instead of using the term "soldiers," for example, the manual recommends "all soldiers—men and women alike."

The manual's glossary defines gender as "the social attributes associated with being a female or male, which is learned through socialization and how society/culture interprets what is permissible for women and what is permissible for men." Putin had better think twice before attempting to discuss the socially constructed aspects of gender with a Western adversary, especially when he sees these inclusive stock images. 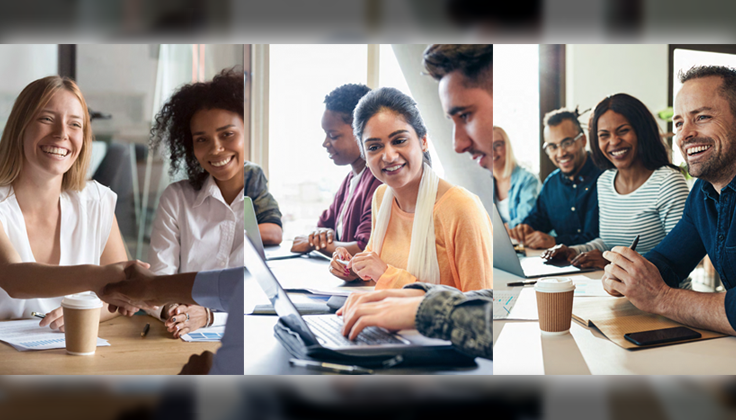 Alas, the implication that there are only two genders is deeply problematic, for obvious reasons, and the manual's guidance regarding transgender individuals leaves much to be desired. "When writing about or referring to a transgender person, make sure to use the appropriate title and pronouns for the person's gender identity," the document advises, without any instruction for ascertaining the correct pronouns. Not a word, for instance, about how to properly address a transgender NATO person whose pronouns are Xe/Xem. Perhaps the alliance is even less prepared than we thought.

The document contains familiar suggestions regarding gender-neutral job titles: "Cleaner" is preferable to "cleaning lady," while "doctor" is preferable to "lady doctor." (Yes, these are real examples.) A member of the armed services should be described as a "serviceperson," while other gendered terms, such as "manpower," should be avoided. The serviceperson wasn't "manning" the anti-aircraft gun, for example, "they" were "staffing" the anti-aircraft gun, and so on. The manual acknowledges that "some challenges remain" when it comes to certain Navy ranks involving the word "seaman," but does not recommend "seaperson" as an alternative. 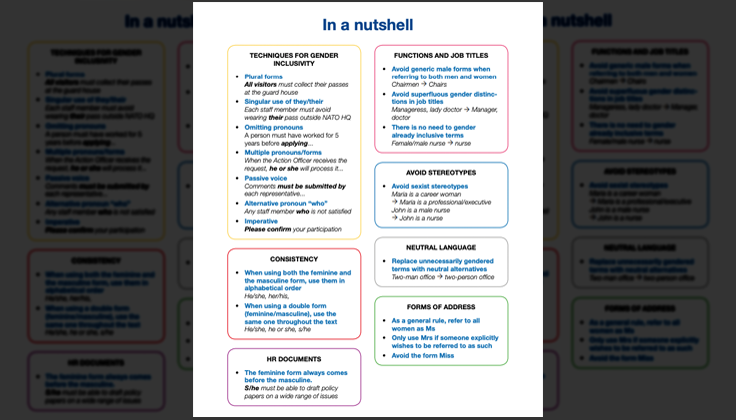 Rogue inclusivity warriors are cautioned that some terms cannot be changed without proper authorization. Language that falls under NATO-agreed terminology, for instance, "can only be changed upon request to the NATO Standardization Office and is subject to approval by the member states." As an example, the manual warns that attempting to change "unmanned aerial vehicle (UAV)" to a more inclusive term such as "remotely piloted vehicle (RPV)" is not appropriate.

At least not now, anyway. Of course, the manual "is a living document, as language is constantly evolving." Some of the suggestions for more inclusive language do not specifically involve gender, such as the guidance regarding job advertisements. According to the manual, for example, requesting that a potential recruit "be prepared to travel and to work outside core business hours" is not as inclusive as requesting that the recruit "be willing" to do those things.

Putin might not fear the West's resolve when it comes to defending Ukraine or deterring future aggression. But he should know that every NATO document and internal communication regarding his military efforts will be relentlessly inclusive in their terminology.

Note: The Russian military equivalent of the NATO Gender-Inclusive Language Manual was not immediately available for comparison. 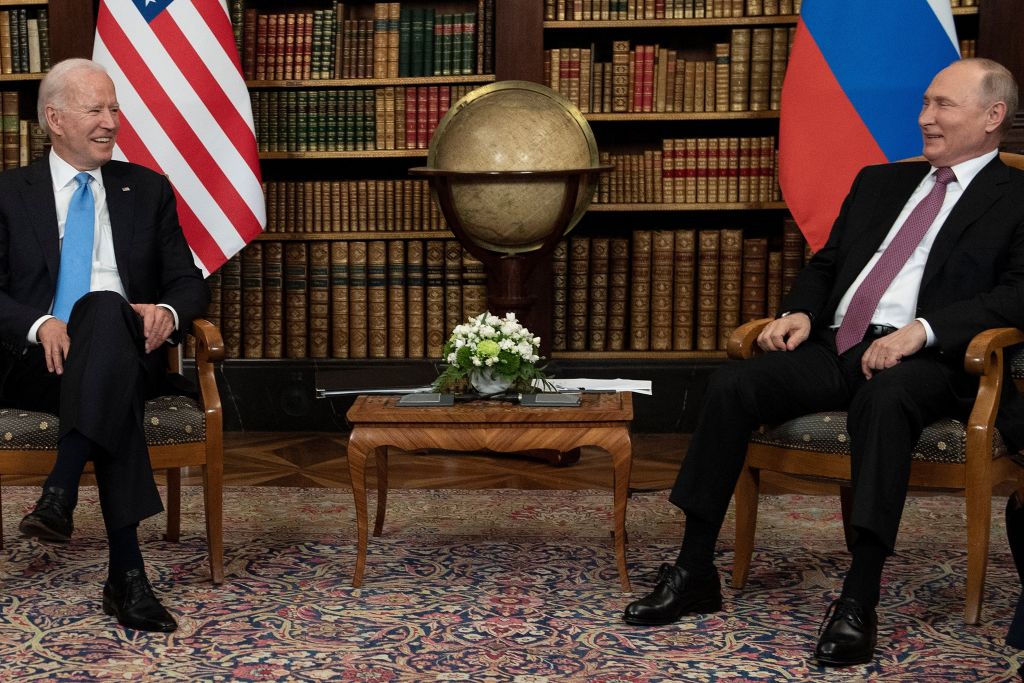