Mattis Praises Naval Officers: ‘You’re Not Some P***y Sitting on the Sidelines’

Secretary of Defense James Mattis addressed a group of sailors last week and used characteristically blunt language about the value of their service.

"You will have some of the best days of your life and some of the worst days of your life in the U.S. Navy, you know what I mean?" Mattis said. "That means you're living. That means you're not some pussy sitting on the sidelines, you know what I mean, kind of sitting there saying, ‘Well, I should have done something with my life.'"

"Because of what you're doing now, you're not going to be laying on a shrink's couch when you're 45 years old, say ‘What the hell did I do with my life?'" he added. "Why? Because you served others; you served something bigger than you."

His comments were recorded in full by transcribers and posted on the Defense Department's website. Mattis repeatedly drew laughter from the crowd, and he discussed their bravery as a submarine crew and addressed topics from submarines to the importance of the nuclear triad.

"I do admire you," Mattis said about his audience's submarine crew service. "I have a little sense of what happens and all that stuff when you go down, but I got nothing like your experience, and I just stand here in respect of every one of you."

"Some of you aren't even old enough to drink a beer, and yet you're the only reason I came back to work in the Department of Defense, was to serve, in some way, you guys, because you know, frankly, that's best paycheck in the world,"he said.

He was asked about isolationism and his approach to intervention, and he spoke extensively about the value of the armed forces. He addressed in that the importance of strengthening the military.

"We're going to have to grow the fleet," he said. "But also what we're going to do in strengthening the military by making certain the new Columbia-class (submarine) is at the top of her game." 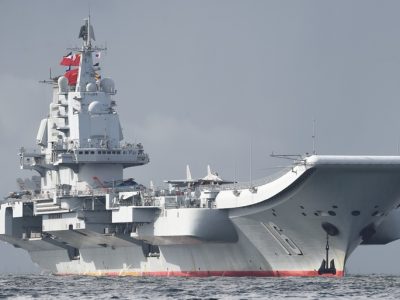