Rep. Adam Kinzinger (R., Ill.) responded to new attacks by violent insurgents in Iraq and called for the United States to take action to stop more violence from occurring.

Kinzinger, who served in the Air Force in Iraq and Afghanistan, told CNN’s Jake Tapper, "It’s heartbreaking. Almost 5,000 people gave their lives to bring Iraq freedom. I heard the air base I was stationed at is being evacuated and I spent a lot of time there and it hurts. This is very sad."

He rebuked the Obama administration for fully withdrawing troops from Iraq in 2011, calling it "a big mistake" and blamed it on the current violence.

He pressed for the United States to intervene. "I think we have an obligation to come in and help push back this enemy that is creeping in," he told Tapper.

"The Iraqi people and the government has asked for the United States’ help," he said. "What we’re saying is since we don’t fully grasp situation, let the government fall," he added. 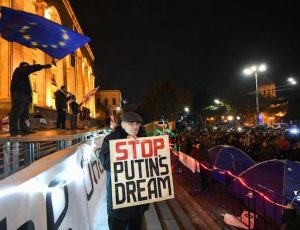