The White House sharply curbed a major counterterrorism drill scheduled for Tuesday in Washington that was designed to test the federal government response to threats of car bombs attacks and a chemical weapons strike on the Metro subway system.

The exercise, code named Eagle Horizon 2014, was cut back instead to small-scale communications checks within federal agencies.

The transfer of government functions through groups of emergency personnel located at remote secure locations as part of so-called "continuity of government" operations was scrapped, according to Obama administration security officials.

Disclosure of the curtailed exercise comes as al Qaeda recently issued new threats to conduct car bomb attacks in Washington. Details of the car bombing campaign were contained in the latest issue of the English-language magazine "Inspire," published by the Yemen-based Al Qaeda in the Arabian Peninsula.

The magazine urged Muslim youth to attack Americans with car bombs and provided detailed instructions for making the devices from easily available components, such as groups of small propane tanks used in cooking grills.

"Inspire Magazine's goal is to empower Muslim youth. … In this section, we give you strength, power and intelligence. Believe me, using car bombs gives you all that," the magazine said in a section called "open source jihad."

The magazine also identified Northern Virginia as a major locale for the use of car bomb attacks because of the region’s "big military presence—almost all the military bases are based in this state." The magazine also called for attacks there because of "federal agencies in Northern Virginia, including the headquarters of the Department of Defense and CIA; and military facilities in Hampton Roads, the site of the region's main seaport." 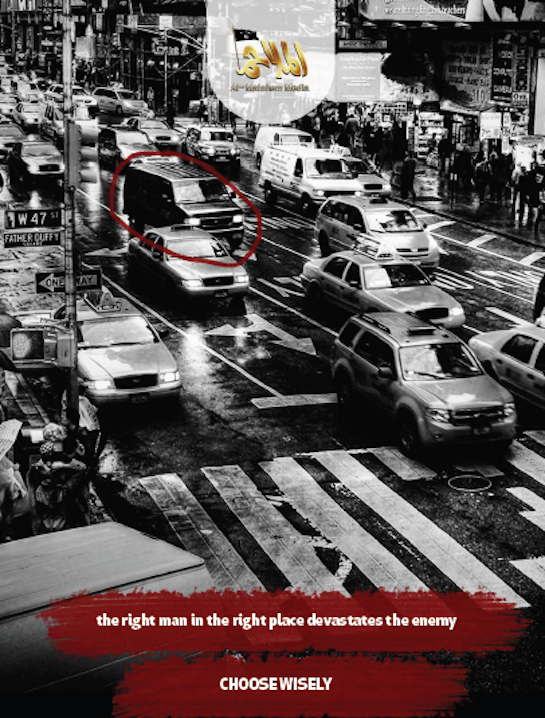 Dan Watson, a spokesman for the Federal Emergency Management Agency, confirmed that the exercise was reduced but declined to provide details.

"A modified exercise continues to move forward, including a testing of the National Response Coordination Center's continuity of operations and reconstitution planning to ensure that primary mission essential functions can take place from alternate facilities," Watson said in an email. The center is FEMA’s emergency response interagency coordination unit.

However, a White House directive dated Oct. 16, 2013 outlining the original drill said Eagle Horizon 2014 was to be "a full-scale continuity of operations exercise."

It could not be learned why the large-scale exercise, which had been planned for months, was curbed or whether the action was linked to the latest al Qaeda car bomb threat.

A FEMA memorandum dated July 22, 2013 said the national-level exercises are required twice a year by law "to test and evaluate the nation's ability to detect, disrupt, and prevent catastrophic acts of terrorism or to respond to and recover from catastrophic incidents."

According to the White House directive, the Eagle Horizon and four other related exercises are intended to test the ability of federal agencies and departments to activate continuity plans, respond to threat intelligence prior to an attack, and move key personnel from primary sites to alternate locations.

The drill also is aimed at testing to see if the government’s primary mission functions can be conducted during a disaster or attack and to test plans for reconstituting government functions after an attack or other catastrophe.

The initial plan was for "all departments and agencies to deploy and operate from their continuity sites," according to the directive from Lisa Monaco, national continuity coordinator and special assistant to the president for homeland security and counterterrorism.

The White House sent a notice to all agencies on Friday night stating that the scope of the exercises was being "reduced." Instead of sending key officials to remote sites, a few staff would be dispatched and in place of a larger-scale continuity test, the exercise would be limited to testing communications from a remote facility to agencies’ primary sites.

"I’ve never seen this happen," said a veteran security official. "They’ve reduced the drill to nothing more than calling the primary facility and saying, ‘Can you hear me now?’"

The local version was to begin at 12:00 pm on Tuesday when FEMA was to declare an alert status known as Continuity of Government Condition, or COGCON, had been elevated from level 4 to level 1, the highest threat condition.

All government agencies were to then activate plans for relocating key personnel to back-up facilities within two hours.

Instead, the two-day Washington-area exercise was limited to a few staff members traveling to alternative sties for communications checks. No members of federal agencies’ Emergency Relocation Groups would be deployed.

The scenario of the exercise involving region-wide car bombings may have been too close to the real threat outlined in the al Qaeda magazine, one official said.

The exercise is part of a nationwide drill called Capstone 2014 that comprises five components, including the response to a hypothetical vehicle accident involving a nuclear weapons transport convoy, a simulated earthquake and tsunami in Alaska, and a Pentagon exercise to use military forces in support of the hypothetical Alaska disaster.

The nuclear exercise, called "Nuclear Weapon Accident Incident Exercise 2014," began Tuesday near Grand Junction, Colo., and is simulating an emergency response to a fictional scenario of a gasoline tanker colliding with the nuclear arms convoy transporting on Interstate-70 in Colorado.

The exercise called Alaska Shield began March 27 and simulates federal efforts to deal with a 9.2 magnitude earthquake and tsunami along the Pacific coast.

A fifth element of Capstone is called Silver Phoenix, a "table-top" exercise that takes place during the other exercises where officials gather in a classroom-type setting to practice coordinating government recovery efforts and long-term solutions.

Watson, the FEMA spokesman, made no mention of the counterterrorism aspects of the drill. Instead, he said the drills are "comprehensive all-hazards planning" exercises.

"The exercise is national in scope with the goal of fostering coordination and building relationships prior to an incident occurring," he said. "Each exercise cycle varies from drills to functional assessments, and it challenges participants from all levels of government, non-governmental and private sector organizations and other organizations representing the whole community."

In a related counterterrorism development, the FBI and U.S. military are searching for an Army recruit who is said to be planning a shooting against military personnel similar to the 2009 mass murder at Fort Hood, Texas by a jihadist soldier, Maj. Nidal Hassan, according to a law enforcement memo obtained by Fox News.

Counterterrorism observers say the al Qaeda magazine’s Spring 2014 edition is the latest attempt by the group to trigger so-called "lone wolf" attacks on the United States.

"Choosing the place and time is a crucial factor to success in any operation," the magazine said of car bombs. "Choose targets in your own country. You know the enemy better, you are within. We will point out some general and specific targets as an example."

It then stated: "America is our first target, followed by United Kingdom, France and other crusader countries."

Field targets should include places where people congregate such as sports events, election campaigns, and festivals.

"The important thing is that you target people and not buildings," the magazine states.

For Washington, al Qaeda said: "Washington is the capital, and New York is the former capital. Both have symbolic importance to the American people and government."

"Moreover, [the] White House is in Washington, and DC has about 347,000 federal government employees and many important figures in the government live there."

New York should be targeted for bombings because it is the U.S. financial, cultural, transportation, and manufacturing center, as well as a key center for banking and communication.

Other targets included the Sears Tower in Chicago and the city of Los Angeles, described as "the home base of Hollywood."

Overseas, the magazine urged car bombs in Britain at soccer stadiums, the Epsom Downs horse race where the queen is known to attend, and the Savoy Hotel in central London.