"Moscow's long-term goal is building a military prepared to conduct the range of conflicts from local war through regional conflict to a strategic conflict that could result in massive nuclear exchange," the 116-page report, "Russia Military Power," states.

The report was published last week and is the first of its kind since the 1980s, when the Reagan administration directed DIA to begin highlighting the strategic threat posed by the Soviet Union. Those reports were called "Soviet Military Power" and were published annually for more than a decade.

"Russia views the information sphere as a key domain for modern military conflict," the report said. "Information warfare is a key means of achieving its ambitions of becoming a dominant player on the world stage."

The FBI, CIA, and National Security Agency reported in January that Moscow engaged in a "cyber-enabled" influence operation against the American election by hacking private emails and disseminating them to pro-Moscow outlets.

However, DIA points to Russian information operations against Ukraine, including the use of so-called "little green men"—Russian military special forces operating in the takeover of Crimea without Russian military insignia on their uniforms. 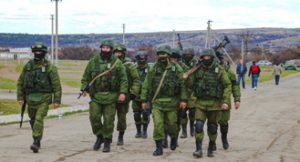 DIA director Marine Corps Lt. Gen. Vincent Stewart warned in a preface to the report that the Russian military threat likely will increase.

"Within the next decade, an even more confident and capable Russia could emerge," Stewart said. "The United States needs to anticipate, rather than react, to Russian actions and pursue a greater awareness of Russian goals and capabilities to prevent potential conflicts."

The Russians also have grown adept at conducting modern psychological information warfare, based on past Soviet capabilities used by the KGB during the Cold War.

The DIA report discloses new information about the tactics, techniques, and procedures used by Russian military and intelligence services that are targeting the West for subversion.

"Information operations are seen as a critical capability to achieve decisive results in the initial period of conflict with a focus on control of the information spectrum in all dimensions of the modern battle space," the report says.

During a future conflict, Russian forces plan to engage in operations designed to create an "information blockade" and achieve "information dominance." The goal is to seize the initiative and deny enemies the use of information space.

"Russia continues to emphasize electronic warfare and other information warfare capabilities, including denial and deception as part of its approach to all aspects of warfare," the report said.

For example, Moscow intends to engage in "information confrontation" that includes targeting all aspects of a society—diplomatic, economic, military, political, cultural, social, and religious information arenas.

The Russian operations are aimed at shaping and manipulating the perceptions and behavior of foreign audiences.

"Information countermeasures are activities taken in advance of an event that could be either offensive (such as activities to discredit the key communicator), or defensive (such as measures to secure Internet websites) designed to prevent an attack," the DIA said.

Michael Waller, an information warfare expert, said the report is a very important contribution to the public debate about Russian information operations.

"This is an important development, because the U.S. military has not adequately addressed the fact that Russia has a global psychological strategy to compensate for its relative military weakness," said Waller, vice president of the Center for Security Policy.

Waller praised Stewart, the DIA director, for equating Russia's manipulation of the global information environment with Moscow's strategic nuclear forces in the report.

"This is a vital development in American military intelligence analysis," he said. "Now it's up to policymakers to do something about it on a serious level, and not in the weak, piecemeal way they've done it so far."

A DIA spokesman also said release of the report was long-planned and was not in response to any recent events. "It is intended to foster better understanding and a dialogue among U.S. leaders, the national security community, partner nations—and the public," Jim Kudla, the spokesman said. The report was released a week before President Trump is set to meet Russian leader Vladimir Putin for the first time.

According to the report, information confrontation is a "holistic concept for ensuring information superiority, during peacetime and wartime," the report said, noting that the practice involves controlling content as well as the technical means of disseminating it.

"The weaponization of information is a key aspect of Russia's strategy and is employed in time of peace, crisis, and war," the report said. "In practice, information battles draw upon psychological warfare tactics and techniques from the Soviet era for influencing Western societies."

Moscow regards information and psychological warfare as a means of neutralizing enemy actions in peace and preventing escalation to crisis or war.

During a large-scale military exercise last year, Russian forces employed "information operations troops" for the first time in a bid to demonstrate control of the information space.

For propaganda, Russia is using state media such as RT and Sputnik to "influence, confuse, and demoralize its intended audience, often containing a mixture of true and false information to seem plausible and fit into the preexisting worldview of the intended audience," the report said. Targets include the Russian population, foreign political elites, and "the West writ large," the report said.

"The variety of techniques for disseminating Russian propaganda include pro-Kremlin ‘news' websites and TV and radio channels such as Russia Today and Sputnik News, bots and trolls on social media, search engine optimization, and paid journalists in Western and other foreign media," the report said.

The use of cyber-enabled operations is one of Russia's news information warfare tools.

"These new techniques involve compromising networks for intelligence information that could be used to embarrass, discredit, or falsify information," the report said. "Compromised material can then be leaked to the media at inopportune times."

Russian intelligence also uses "hacktivists" that are coopted or masquerade as nongovernment hackers. For example, Russian intelligence used a group called Cyber Caliphate in a cyber attack on a French television station to make it appear the attack came from Islamists.

"The CyberCaliphate group was later linked to Russian military hackers," the report said. The same group also was behind the hack of the Central Command website. 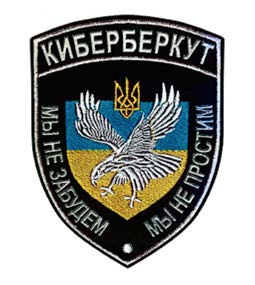 "CyberBerkut employs a range of both technical and propaganda attacks, consistent with the Russian concept of ‘information confrontation,’" the report said. CyberBerkut was linked to multiple cyber attacks and espionage including denial of service strikes against NATO and the Ukrainian and German governments.

Russia also employs an army of trolls that attempts to use information attacks to change the narrative of a given published story in support of Moscow's views.

"Russia's Troll Army, also known as the Internet Research Agency, is a state-funded organization that blogs and tweets on behalf of the Kremlin," DIA said. The trolls post pro-Kremlin content and facilitate discussions in published news articles. The goal is to counter negative media and what Moscow regards as "Western influence."

"Bots can drown out unwanted content or push a specific message," the report said. "Bots have the ability to overwhelm the information space and discourage readers from looking for real content."

Moscow also seeks to control the Internet within Russia as part of what the report calls information defense.

The report outlined major Russian propaganda themes as the West's liberal world order being bankrupt and replaced with a Eurasian post-liberal order. Another theme pushed by the Russians is that the West has demonized Russia and that Moscow is only seeking to defend its interests and sovereignty. A third theme promoted by Moscow is that the "United States is determined to interfere with and overthrow sovereign governments around the world."

Moscow and its all-powerful leader, Vladimir Putin, are convinced the United States is seeking regime change in Moscow and is behind pro-democracy movements around the world.

Russia's military also is using what the report describes as "indirect action" to achieve strategic objectives, such as in the Ukraine.

"In Ukraine, indirect action manifested itself in non-military measures first, with less visible efforts taken to exert pressure on Kiev, like restricting food imports to Russia, but then broadening to wider actions involving financial, economic, and information warfare," the report said.

Those measures were followed by the use of unconventional military action by special operations troops or other covert military units.

"This phase involved the actual seizure of facilities and infrastructure by these covered units, along with the use of local agents, sympathizers, and irregular forces in the vicinity to cause unrest and subversion, all of which are distinct hallmarks or evolutions of Soviet-era Spetsnaz wartime operations," the report said.

"Russia has concluded that gaining and maintaining supremacy in space has a decisive impact on the outcome of future conflicts," the report said.

After decades of military decline following the 1991 collapse of the Soviet Union, the military is being modernized with an emphasis on nuclear forces. Russian multi-warhead intercontinental missiles are being replaced with new SS-27s. New submarines and submarine missiles and a new bomber are being deployed.

To highlight its power projection capabilities, Russian forces intervened in Syria, using some of its new military hardware in support of the Syrian regime of Bashar Assad.

"Moscow began to deploy military forces to Syria in September 2015, likely both to shore up the regime and assert Russia's status as a military player and powerbroker in the Middle East," the report said.

Russian spending on the military has grown in recent years to a record $52 billion in 2015. Defense spending, however, is declining for 2017 apparently as a result of falling oil prices and sanctions imposed on Moscow by the West for its takeover of Ukraine's Crimea.

The report notes Moscow is spending $28 billion over the next three years to upgrade its nuclear forces. The report also for the first time reveals that Russia has 2,000 nonstrategic nuclear weapons—arms not included in the 2010 New START arms treaty.

The DIA also reveals that Russia has maintain a vast underground bunker complex to protect its leadership during a nuclear conflict—an indication Moscow believes a future nuclear war is possible.

"The Russian military has built on the military doctrine, structure, and capabilities of the former Soviet Union, and although still dependent on many of the older Soviet platforms, the Russians have modernized their military strategy, doctrine, and tactics to include use of asymmetric weapons like cyber and indirect action such as was observed in Ukraine," the report concludes.

"If you treat it as an open source report, I think it downplays the role of nuclear weapons in Russian military policy," he said.