A sharply divided Senate is scheduled to cast a final vote on the contested nomination of secretary of defense nominee Chuck Hagel Tuesday, ending a months-long battle that has centered on the nominee’s controversial past statements.

Hagel, a former Republican Nebraska senator, faced criticism from Republicans and some Democrats immediately following his nomination by the president last month.

Critics have accused Hagel of being anti-Semitic, overtly hostile to Israel, and cozy with Iran’s ruling regime, which has endorsed him.

The nominee has also faced questions about his failure to disclose multiple speeches and  his financial entanglements, which include ties to a number of foreign governments.

The Senate is expected to vote mostly along party lines Tuesday in approving Hagel, sending him to the Pentagon amid an unusual level of partisan rancor that could jeopardize his effectiveness.

Senate sources close to the confirmation process said the White House has expended "an enormous amount of political capitol" on Hagel’s nomination.

"The president has spent an enormous amount of political capital to get Hagel barely across the finish line," said one senior Senate aide. "In order to get here, Hagel had to disavow his entire career, his entire persona, and his entire fringe anti-Israel political base."

"And even after all the theater of the absurd, Hagel will receive the lowest level of Senate support for confirmation in modern American history," the source said. "What complete embarrassment rightly reserved for a fringe, anti-Israel activist like Chuck Hagel."

Hagel’s past comments about Israel have caused the most concern among lawmakers and the pro-Israel community, as have his past efforts to open up direct negotiations with Iran and its terrorist proxy Hamas.

Hagel had declined to sign multiple letters of support for the Jewish state and balked when presented with opportunities to condemn Tehran’s efforts to enrich uranium near levels needed to produce a nuclear weapon during his 12-year tenure in the Senate.

Hagel has also been vocal in his opposition to the so-called "Jewish lobby," which he claimed in a 2010 interview "intimidates a lot of people" on Capitol Hill.

"Let me clear something up here if there’s any doubt in your mind: I’m a United States senator. I’m not an Israeli senator. I’m a United states Senator," Hagel reportedly said during a separate meeting with pro-Israel activists. "I take an oath of office to the Constitution of the United States. Not to a president, not to a party, not to Israel."

Hagel also has faced backlash from the Jewish community for his efforts to close a popular USO port in the Israeli city of Haifa during his stint as president and CEO of the World USO in the late 1980s.

Hagel maintained during a contentious 1989 meeting with Jewish leaders that the American-Jewish community should fund the port.

"He said to me, ‘Let the Jews pay for it’," Marsha Halteman, director for military and law enforcement programs at the Jewish Institute for National Security Affairs (JINSA), told the Washington Free Beacon in January.

Hagel also is said to have suggested during a 2007 speech that U.S. Department of State was an adjunct of the Israeli foreign minister’s office, the Free Beacon reported earlier this month.

He is later believed to have said during a 2010 speech that Israel is on its way to becoming an apartheid state.

Even Hagel’s most prominent backers have cast the opposition to Hagel as purely a "Jewish" matter.

A group of anti-Israel activists and journalists coordinated a campaign to stifle criticism of Hagel by attacking the former senator’s Jewish critics, the Free Beacon reported in January after obtaining an email chain sent between Hagel’s defenders.

It was later reported that Hagel is deeply embedded in a network of pro-Tehran groups that are among his most vocal champions.

As a member of the board of Ploughshares Fund, a progressive foundation, Hagel helped direct more than $2 million in grants to organizations that employ some of his most outspoken advocates, many of whom favor lifting sanctions on Iran, oppose military action against its nuclear program, and hope to weaken the U.S.-Israel alliance.

Additionally, Hagel has faced criticism for sitting on the board of a bank that is under investigation for allegedly violating United States sanctions on Iran.

Hagel appeared confused about the Obama administration’s current policy regarding Iran during his combative confirmation hearing, a performance that received poor reviews from many liberals as well as conservatives.

Hagel was forced to correct himself two times on the issue.

"I was just handed a note that I misspoke that I said I supported the president’s position on containment. If I said that I meant to say that we don’t have a position on containment," he said during the hearing. In fact, the administration's position, as John Kerry stated during his confirmation hearing for secretary of state, is one of prevention.

He also claimed Iran has an "elected, legitimate government," a comment that raised eyebrows on both sides of the political aisle.

Republicans also accused Hagel of misrepresenting his views on nuclear cuts as well as his association with the Global Zero initiative during the hearing.

Hagel’s support for looming cuts to the defense budget has also elicited concern among supporters of a robust national security.

"The Defense Department, I think in many ways has been bloated," Hagel told the Financial Times in 2011. "So I think the Pentagon needs to be pared down. I don’t think that our military has really looked at themselves strategically, critically, in a long, long time."

Hagel has taken a tough stance against job creation at the Pentagon.

"Our Defense Department budget, it is not a jobs program," he stated in 2011. "It’s not an economic development program for my state or any district."

Defense insiders who have worked with Hagel have raised concerns about his ability to effectively manage the Pentagon.

Hagel is known to have a short temper and is prone to yell at staffers, the Free Beacon reported in December.

"Chuck Hagel may have been collegial to his Senate colleagues but he was the Cornhusker wears Prada to his staff, some of whom describe their former boss as perhaps the most paranoid and abusive in the Senate, one who would rifle through staffers desks and berate them for imagined disloyalty," said Michael Rubin, a former Pentagon adviser on Iran and Iraq.

"As a manager, he was angry, accusatory, petulant," added another source familiar with his work on Capitol Hill. "He couldn’t keep his staff."

Hagel has attempted to walk back most of his past comments during the confirmation process and has profusely apologized for his previous stances during meetings with lawmakers and the Jewish community.

Hagel reportedly cried while apologizing for some of his past comments during a meeting with Jewish Sen. Chuck Schumer (D., N.Y.).

Published under: Secretary of Defense 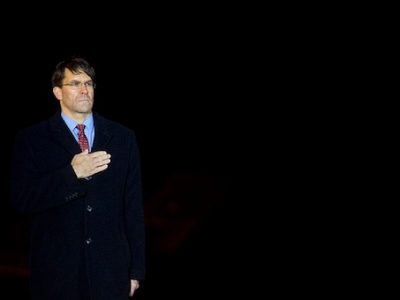 Inside the Ring: Trump Administration Gets Third Defense Chief 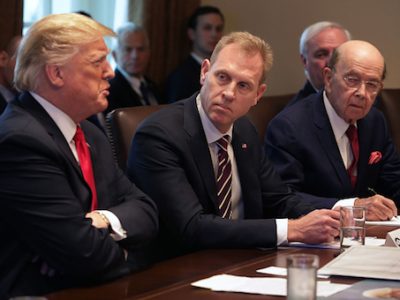 Shanahan Withdraws From Consideration to Be U.S. Defense Secretary 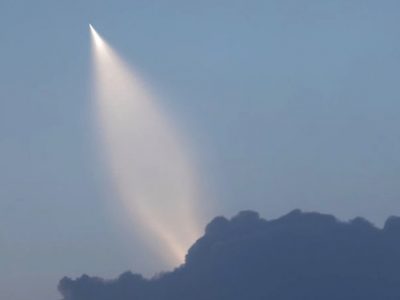 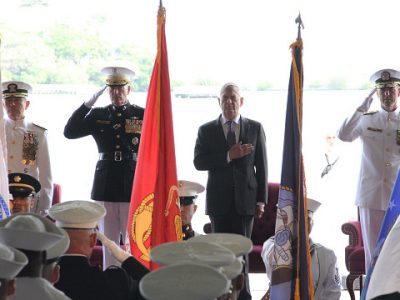 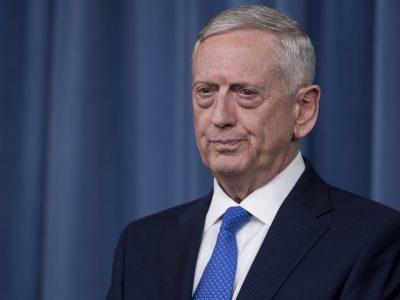 Mattis Dismisses Rumors He Disagreed With Trump on Syria Strikes 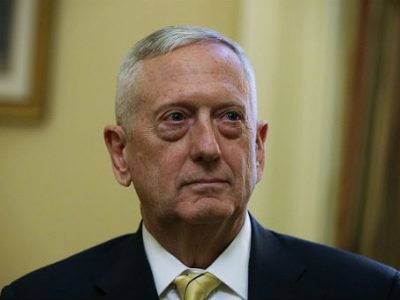 Mattis Dismisses Rumors of Apprehension About Working With John Bolton 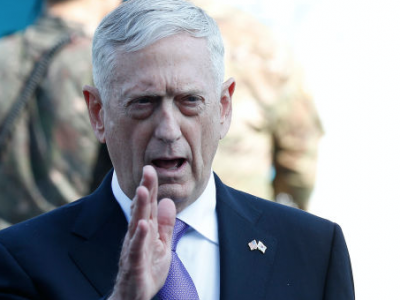 Mattis Showcases Softer Side in Note to U.S. Olympian 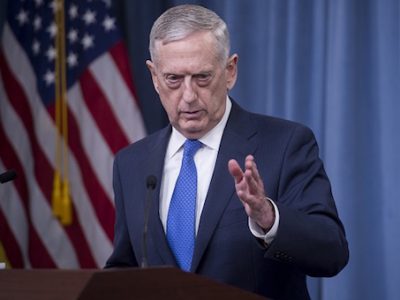