The Syrian government is accused of launching nearly 40 chemical weapons attacks since President Bashar al-Assad agreed to relinquish his chemical arsenal in 2013, raising questions about the international community’s ability to halt the lethal use of such arms.

Government forces have reportedly escalated their use of chlorine bombs in the northern Idlib province, where rebel groups have made recent gains in the fourth year of the country’s civil war. Using helicopters, the Assad regime’s military drops barrel bombs containing canisters with highly concentrated doses of the gas or other lethal materials.

According to the Organization for the Prohibition of Chemical Weapons (OPCW) chlorine is a "choking agent." When victims inhale the gas, the alveoli in their lungs secrete a large amount of fluid, creating a drowning sensation.

The barrel bomb attacks are indiscriminate and often result in civilian casualties. A March 16 attack on the villages of Sarmeen and Qminas killed seven people and wounded about 180. One family of six in Sarmeen, including a grandmother and three children, perished when the gas infiltrated a basement bomb shelter.

Several attacks were also documented last year. Reports by the OPCW determined with a "high degree of confidence" that chlorine was used "systematically and repeatedly" as a weapon in opposition-held parts of northern Syria. Between April and August of 2014, Assad’s forces launched approximately 24 attacks with chlorine gas—killing 13 people.

The victims included a 7-year-old boy and a teenage girl in the village of Talmenes in Idlib.

Assad was supposed to hand over his entire chemical weapons stockpile as part of a deal reached between the United States and Russia in September 2013. The agreement followed a chemical weapons attack in August near Damascus in which government forces allegedly killed more than 1,400 people. President Obama said in a statement at the time that, "there are consequences should the Assad regime not comply with the framework agreed today."

While the United States and OPCW has destroyed most of Assad’s chemical arsenal, chlorine was not included as a material that had to be disposed. Chlorine also has civilian uses and is only lethal in concentrated doses, but employing it as a weapon violates international law.

Jeff Rathke, a spokesman for the State Department, said at a press briefing last week that the fact that chlorine has multiple uses has not prevented countries from taking action to stop the attacks in Syria.

"Of course, chlorine is a chemical that can be used for industrial and other purposes in addition to being used as a weapon, but that doesn’t change the Chemical Weapons Convention’s view and—on its use as a weapon," he said.

The United Nations Security Council—which includes Syria’s staunch ally Russia—has yet to assign blame for the chlorine attacks in the country. U.S. officials pressed the council this week to investigate the incidents and determine the culprit.

Syrian government officials have repeatedly denied that they use chemical weapons, but observers note that the regime is the only force on the battlefield known to have helicopters. More than 200,000 people have died in the civil war. 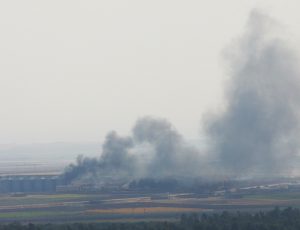 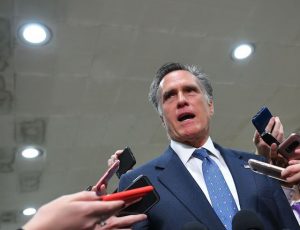 Romney: Syria Withdrawal ‘a Bloodstain in the Annals of American History’