TOKYO—North Korea is increasing its missile capabilities that pose a growing threat to Japan, which has deployed sea-based missile defenses as a key element of its military forces, the commander of one of Japan’s four Aegis-equipped missile defense ships says.

"North Korea presents a real threat and it has been hostile in its behavior and its words," said Capt. Yasuhiro Sato of the Japan Maritime Self Defense Forces.

Sato is commanding officer of the JS Kirishima, one of four Kongo-class destroyers armed with the U.S.-made Aegis Battle Management system and outfitted with SM-3 anti-missile interceptors.

On April 4, 2009, North Korea launched a long-range rocket that put a satellite into orbit. The booster rocket passed over Japan. If the launch had failed, the rocket could have fallen onto parts of Japan, which is densely populated.

"So that’s one of the real threats that we are feeling," he said.

Sato declined to comment on the Kirishima’s role in operations to monitor and track North Korean long-range missile tests, noting that details are classified.

In addition to its long-range Taepodong missile, North Korea has some 200 Nodong ballistic missiles with the range to strike most of Japan. 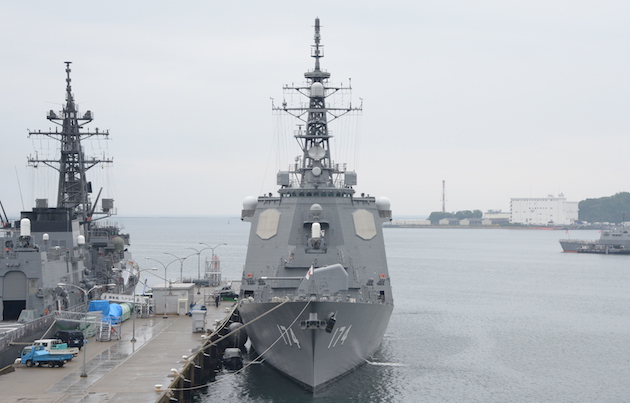 On the threat from China, which has a large number of missiles that could ravage U.S. military bases in Japan, Sato was more cautious.

"I recognize that China is a rising power based on its developing economy and growing military budget," he said. "So we have China in sight. We hope we can keep a good relationship by abiding by international rules. But we are aware that there are disputes between our nations."

"So our mission is to protect our land and citizens and to abide by international rules, and we hope our neighbor would do the same," he said.

A congressional China commission has reported that in the event of a conflict in Asia, Chinese missiles can attack and shut down five of the six military bases in the region, including those in Japan.

China is opposing U.S.-led efforts to develop regional missile defenses. Beijing is pressing South Korea’s government not to deploy the highly effective Terminal High-Altitude Area Defense that was requested by the commander of U.S. forces in Korea, Gen. Curtis Scaparrotti.

As part of a military buildup to counter China, Japan is adding two additional missile defense destroyers to its fleet and plans to buy the Patriot PAC-3 Missile Segment Enhancement (MSE) that includes a significant upgrade to the system’s radar.

The Block 2A variant will be deployable on land as well as on Aegis ships and is considered one of the most effective and lethal missile defense interceptors. It will have a larger rocket motor and larger warhead allowing it to defend larger areas. The missile will be deployed in 2018.

Another enhancement for Japan’s missile defenses is an effort to maintain a heightened state of readiness in response to missile attacks, Harada said. The higher alert status requires more resources to maintain. 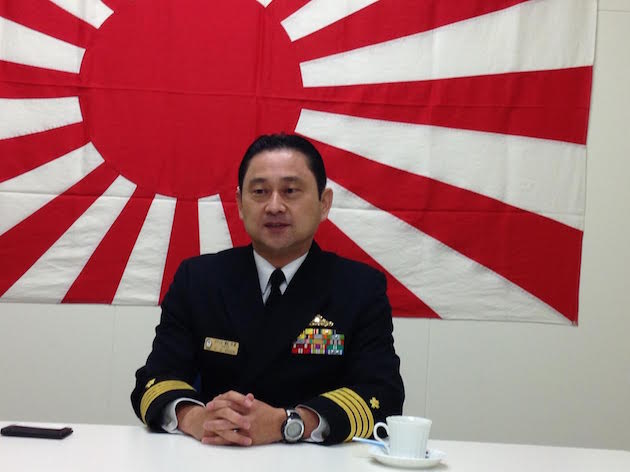 "We use this multilayered system to protect important targets, depending on specific situations and circumstances," Sato said. "They could be islands, cities, bases. It depends on the nature of attack."

Asked whether most Japanese are aware of the current missile threats, Sato said: "I can’t speak for ordinary citizens but we for sure as members in charge of protecting the country are well aware of the dangers."

Missile defenses have a high priority for Japan’s navy, along with other defense missions such as counter-piracy and ocean surveillance.

Sato discussed his warship and crew at the Funakoshi naval base near Yakouska, Japan. The Kirishima is currently undergoing maintenance in nearby Yokohoma.

Like most operational commanders, Sato said he needs more of two things: money for training as well as intelligence, surveillance, and reconnaissance data, or ISR, the key enabler of modern joint warfighting. Additionally, Sato wants to see new legislation that will assist Japan’s forces in "operating more smoothly," the captain said.

Asked which is the most pressing need, Sato said: "All of the above."

The highly complex mission of missile defense requires more training. Reaction time to a missile launch requires rapid target identification and the passing of electronic data prior to launching an interceptor, a process that demands constant training.

North Korea is improving its missile systems with more accurate warheads, Sato said, "so we do need to improve our capabilities and posture against the threats."

Sato said regional cooperation is "crucial" for missile defense and he hopes the United States and South Korea will work even more closely in dealing with regional missile threats "especially in the ISR area."

White House National Security Council spokeswoman Bernadette Meehan said: "I do not have any meetings to confirm at this time."