Palestinian leader Mahmoud Abbas was honored with a reception Wednesday evening in Washington, D.C., in which he gave brief remarks indicating that he is optimistic about the Trump administration's ability to lead successful peace talks.

The remarks were delivered through the Palestinians' new chief representative to the United States, Husam Zomlot.

Zomlot announced that his address was to a crowd that included members of Congress, but multiple sources inside the reception told the Washington Free Beacon they were unable to spot a single sitting lawmaker inside the Mandarin Oriental's grand ballroom. The highest-ranking administration official was Kris Bauman, who was just put on Trump's National Security Council to be the top adviser on the peace negotiations. 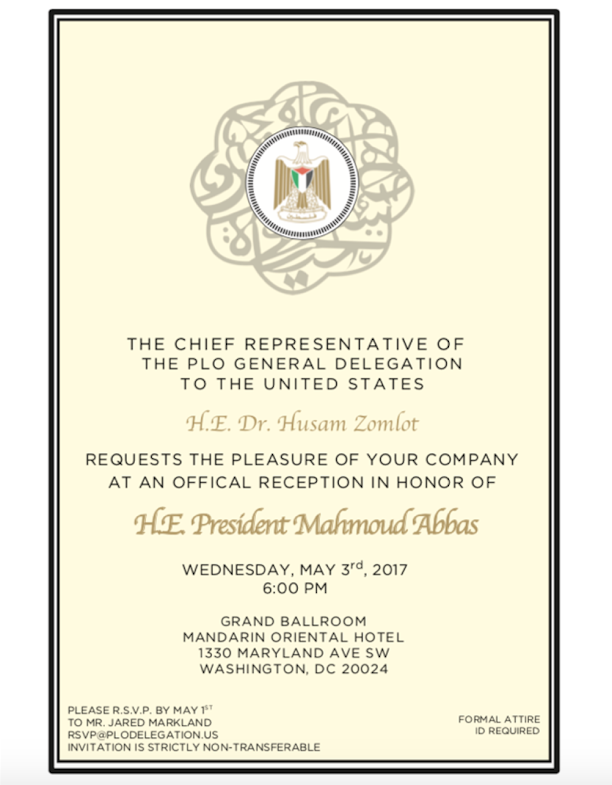 Spotted in attendance at the reception was Martin Indyk, the Obama administration's special envoy for Israeli-Palestinian negotiations, who privately blamed Israel for the failure of the last round of peace talks. Indyk's chief of staff during the negotiations, Ilan Goldenberg, was also in attendance.

Also in attendance were the heads of left-wing groups that have been highly critical of the Jewish state such as J Street's Jeremy Ben-Ami and Americans for Peace Now's Ori Nir.

Though no lawmakers appear to have been at the event, it was attended by Vermont Sen. Bernie Sanders's foreign policy adviser Matt Duss.

Duss, formerly a Center for American Progress writer focusing on "Islamophobia in the United States," has previously argued that violence from Palestinian terrorists is provoked by "Israeli occupation."

Also in attendance was Duss's brother, Brian Duss, an Israel critic who has called the Jewish state "sinful."

Abbas met earlier on Wednesday at the White House with Trump, who said that he thinks there is a "very, very good chance" that a peace deal could be reached.

Abbas said in a statement from the White House that "it’s time for Israel to end its occupation of our people and of our land."

There was no alcohol served at the two-hour reception. 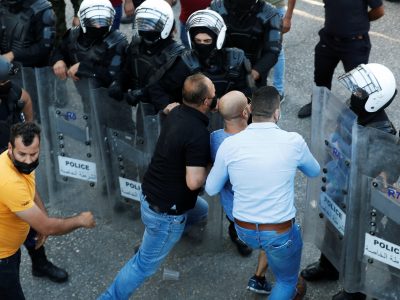 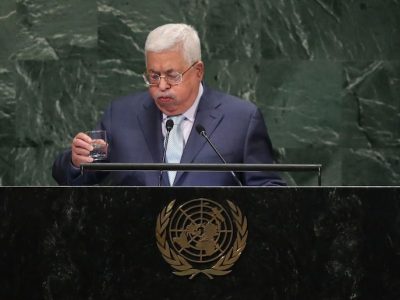 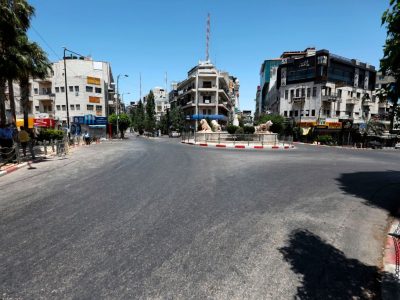 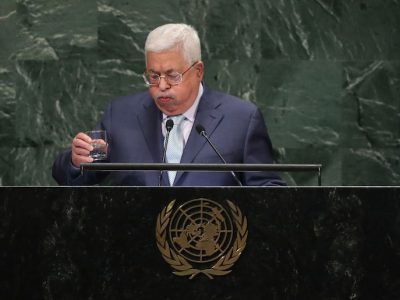