As thousands of Europeans lured by the promise of 72 virgins left their countries to join the Islamic State, one biker gang in the Netherlands hauled off to the Middle East to help send the terrorists to hell as soon as possible.

When it looked like nobody else would, the No Surrender Motorcycle Club in the Netherlands put their own boots on the ground in Iraq and Syria to fight along side Kurdish forces under siege by the Islamic State.

No Surrender challenged a Dutch law that forbade any citizen from "joining a foreign armed force" and won. The public prosecutor said that as long as they weren’t fighting against the Netherlands or for the terrorists, they were free to go.

No Surrender bikers that saw images of Islamic State beheadings immediately decided to make their way from the cities of Amsterdam, Rotterdam, and Breda to Mosul, Iraq, a city that was swept through by terrorist forces.

Leadership of the gang said that the members that joined the Kurds in their fight are "trained guys with lots of experience."

One member, posting on Twitter from Syria, said that he was there to "exterminate the rodents" of the Islamic State.

Inspired by No Surrender, members of German biker gang Median Empire made their own way to Kobani in Syria, which remains ground zero for the fight between Kurdish forces and the Islamic State. 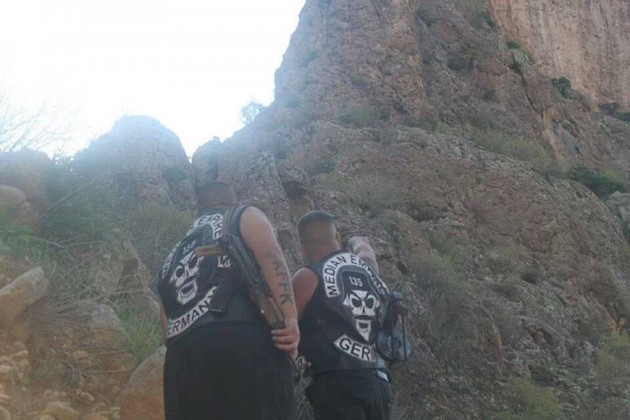 "While others prattle on, our boys are on the front lines, fighting the Islamic State," the gang stated.

Published under: Islamic State, Men of the Year