Prominent media outlets have already lost interest in the vehicular massacre that took place on Sunday at the Waukesha Christmas parade, a Washington Free Beacon analysis has determined.

Darrell Edwards Brooks Jr., 39, allegedly plowed his red Ford SUV into a crowd of parade attendees in the small Wisconsin town, injuring dozens and killing six as of Tuesday, when an eight-year-old boy succumbed to his injuries.

Wednesday's edition of the Washington Post included a brief mention of the mass-death event in the bottom left-hand corner of the front page. The New York Times similarly downplayed the significance of the "6th Death in Wisconsin Crash." 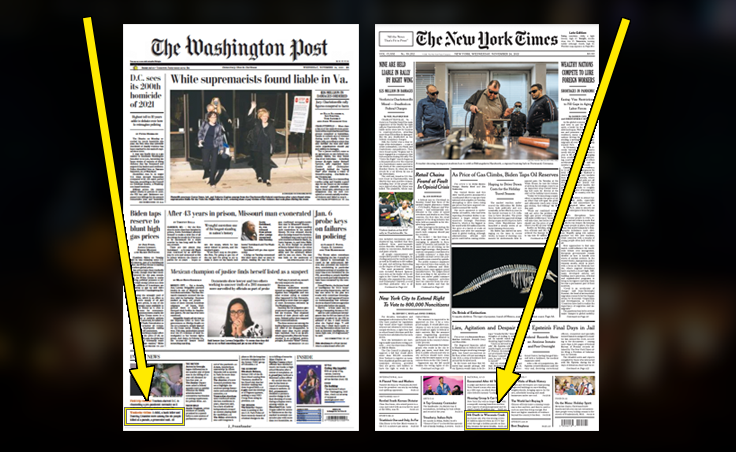 CNN, meanwhile, was not featuring a single story about the Waukesha tragedy on its homepage as of Wednesday afternoon. The news network, however, did prominently feature an "analysis" piece headlined "Biden spins a message of hope as an anxious nation readies for Thanksgiving," as well as a report that former president Donald Trump "now has a ninth-degree black belt in taekwondo." 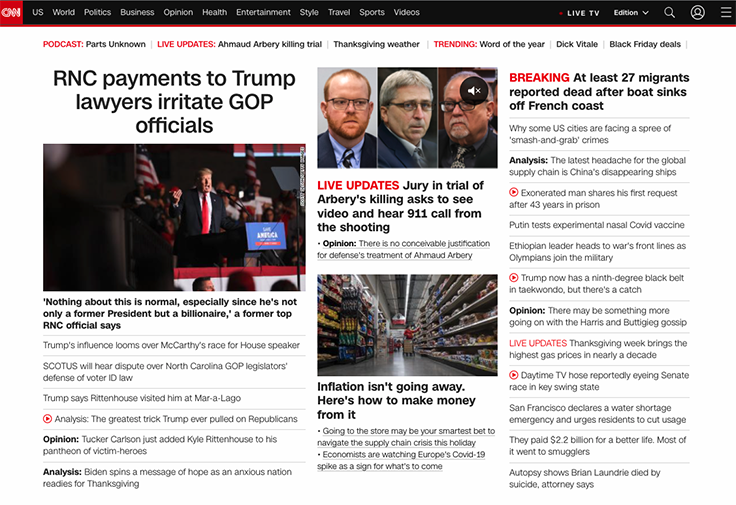 The front page of Wednesday's edition of the Milwaukee Journal Sentinel, Wisconsin's flagship publication, featured a large advertisement for "Black Friday Deals," as well as a story about a "wild turkey raised by humans," but did not include any coverage of the Waukesha incident or the mounting death toll or the controversy surrounding John Chisholm, Milwaukee County's progressive district attorney. 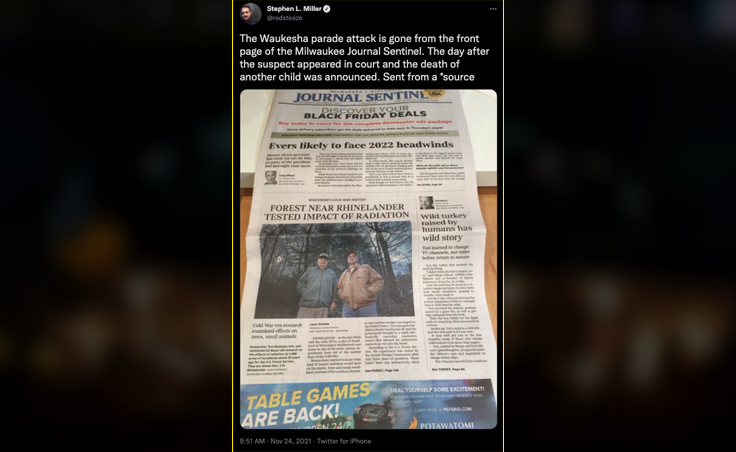 Less than three weeks before his vehicular rampage in Waukesha, Brooks was released on bail after being arrested for allegedly punching his girlfriend and hitting her with his car at a gas station. Chisholm, an icon of progressive criminal justice reform, had recommended bail of $1,000. He has since lamented that Brooks's bail was "inappropriately low."