The bill—which increases classroom transparency and prohibits instruction on sexual orientation from kindergarten to third grade—does not actually ban teachers from "saying gay." At first, members of the media took care to indicate that "Don't Say Gay" was just how critics referred to the bill. Now they've all but adopted opponents' framing as their own.

Look at how CNN, the New York Times, NPR, and PBS changed their framing of the bill: 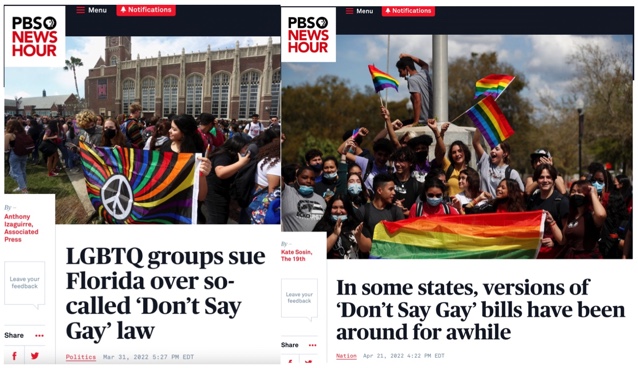 If you read only CBS, you would be forgiven for thinking that the name of the bill had changed:

It’s almost surprising that MSNBC feigned impartiality to begin with:

Two very different headlines from the same author at ABC:

Homosexuality is punishable by death in Qatar. But even the Qatari-owned Al Jazeera adopted liberal framing of the bill:

Democrats hoped that framing the Parental Rights in Education bill as anti-gay would help tank its popularity, and the media were more than happy to assist. But their efforts may have been for naught: The bill still enjoys broad, bipartisan support in Florida and across the country.