Between record inflation and rising costs, Americans are not happy with the state of the economy—and they don’t think the Biden administration has done enough to fix it.

Democrats disagree. After all, President Biden signed the $1.9 trillion American Rescue Plan in March 2021. And according to their allies in the media, the plan was a boon for everyday Americans whether they realize it or not.

Rather than criticizing the American Rescue Plan for driving inflation to 40-year highs, the New York Times blames Americans for not appreciating the Democratic Party's "technocratically elegant and often invisible policies." 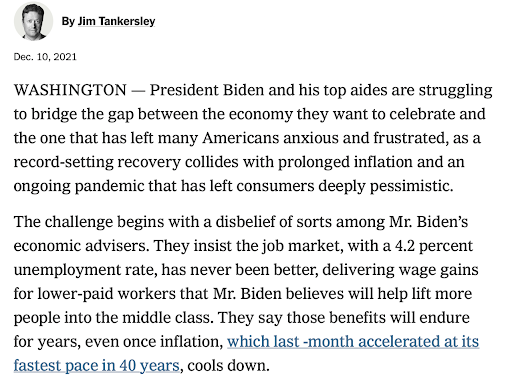 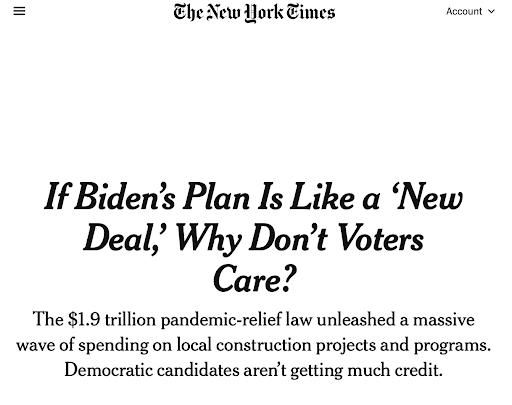 In the Washington Post, CNN's Fareed Zakaria lamented that "people are not responding rationally to objective data right now." 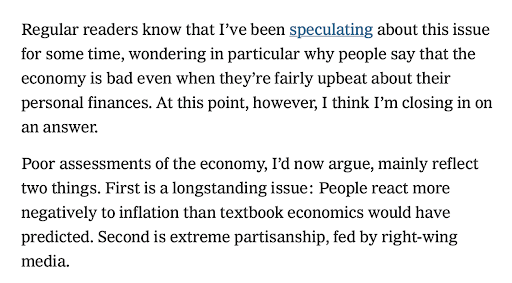 Not even the experts could convince Americans of the Rescue Plan's benefits: 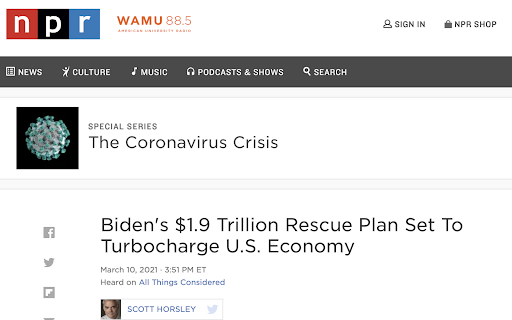 Hopefully the American people will get the memo soon. Until then, President Biden’s approval rating is likely to stay somewhere in the low 40s.