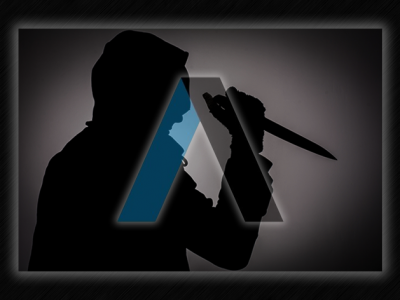 Why are Steve Jobs's billionaire widow and Comcast asking taxpayers to foot the bill?

As Congress and the U.S. Treasury shovel billions of dollars to struggling businesses and fraudsters alike, we must be thankful for media organizations that are providing some accountability for the public. Publicly traded companies that cut to the front of the line for the Paycheck Protection Program have been browbeaten and berated.

But what would the media do when the perpetrator was one of their own? Axios, a digital media property with billionaire backers and a sponsorship roster that reads like a who's who of the Fortune 100, has provided us the opportunity to find out. In a brief post on Wednesday, Axios CEO Jim VandeHei informed readers that the site had received just shy of $5 million in the first round of PPP funding.

The story got a brief mention from the Hill and editorial treatment from Lloyd Grove in the Daily Beast. But as near as we can tell, other mainstream outlets have been conspicuously mum.

That silence smells of the media's characteristic unwillingness to police itself in the Trump era.

The site's bailout—according to its own reporting—was larger than that received by nearly 99 percent of other companies. Shake Shack has over 6,000 employees and received $10 million. Axios got half as much to cover the wages of fewer than 200. Since 75 percent of PPP loans must go towards payroll to be forgiven, that means the site spends big bucks on salaries, outlays financed by generous investors, among them the billionaire widow Laurene Powell Jobs and Comcast subsidiary NBC News.

The Treasury Department recently stipulated that companies should only seek PPP loans if they can't get additional funding elsewhere, advising applicants that they must certify they are unable "to access other sources of liquidity sufficient to support their ongoing operations in a manner that is not significantly detrimental to the business."

Did Laurene Powell Jobs, whose net worth is reportedly north of $25 billion, deny Axios additional funds? Did NBC, whose star business correspondent, Stephanie Ruhle, has been arguing that PPP is "designed for businesses forced to shut down" and slamming "big businesses" and those that aren't in dire need for taking government funds?

Asked whether it had turned to its deep-pocketed donors before the American taxpayer, or if it would be returning its PPP loan, Axios only reiterated its financial struggles, and told the Washington Free Beacon that "there is nothing more soul crushing than laying people off and Axios is all-in on avoiding that." Those struggles are apparently grim enough to take government dollars, but not, the Daily Beast noted, for anyone at Axios to take a pay cut.

Goldman Sachs and Morgan Stanley and Pharma and Walmart—whose chairman, Greg Penner, is yet another deep-pocketed investor in the site—will, presumably, continue to sponsor the site as they've done since the lockdown first began. And Jobs, who earned her billions the old fashioned way, will presumably still take her profits from Axios should it survive the current crisis and sell near it's pre-pandemic valuation of $200 million.

If and when she does, those profits will go to the Emerson Collective, which Jobs describes as "a social change organization that uses a broad range of tools including philanthropy, impact investing, and policy solutions to create the greatest good for the greatest number of people."

Forgive us if we question whether a bailout for a beltway publication backed by billionaire investors is doing the greatest good for the greatest number of people. But it's a question our colleagues at the New York Times and Washington Post seem wholly uninterested in.