Adhering to stereotype, a liberal journalist attended a WNBA game over Labor Day weekend and violated the mask mandate imposed by local authorities. Aaron Rupar, an associate editor at Vox, posted a photo of himself without a mask as he attended a Chicago Sky game on Sunday with his brothers. 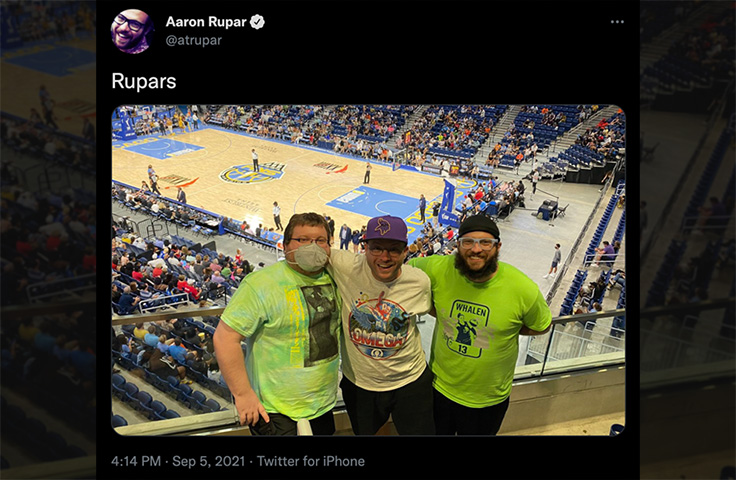 Only one of Rupar's brothers was wearing a mask in the photo, which was taken during the Chicago Sky's 92-86 upset victory over the Las Vegas Aces. Sky forward Candace Parker notched a double-double on 4-13 shooting (0-4 from 3-point range; 4-8 from the foul line), while Kelsey Plum led the Aces with 23 points off the bench.

Regrettably, the lib journo and his bearded brother were in violation of the indoor mask mandate imposed last month by the Chicago Department of Public Health. The mandate, which went into effect on August 20, states that "all individuals aged 2 and over, regardless of their vaccination status, will be required to wear a mask as of Friday, August 20, while indoors in public settings."

WNBA games are played indoors and are in most cases attended by enough people to qualify as a public event. It is not yet known how many lives were endangered by the Rupars' reckless disregard for a government order imposed by health and safety experts. (Editor's note: We are literally shaking.)

It wasn't the only time Rupar implicated himself and his family members in blatant violation of Chicago's mask mandate. One day before the now-infamous WNBA contest, the journo and his brothers were seen dining at a restaurant. This time, all of them were maskless.

Chicago's mandate allows restaurant patrons to remove their masks "when they are actively eating and drinking." In the photo Rupar posted on his Twitter account, however, the only thing he and his brothers are actively doing is posing for the camera. 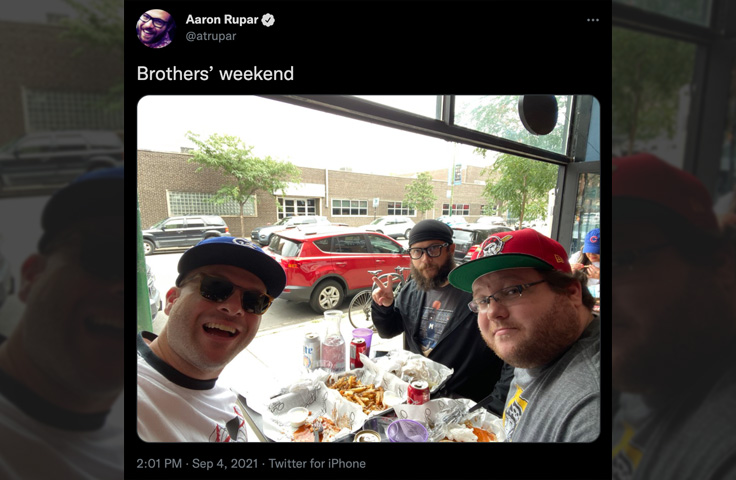 It gets worse. The previous night, Rupar and his brothers attended an All Elite Wrestling event at the NOW Arena in the Chicago suburbs. Photos from the packed venue suggest that hundreds, if not thousands, of fans in attendance were not wearing masks.

Because Rupar has a history of scolding others for gathering in crowds or neglecting to wear masks, the lib journo was criticized for flaunting his irresponsible behavior on social media. Rupar tried to defend himself by claiming to support "personal responsibility" and "responsible" socializing.

"I don't pretend to have all the answers about Covid but castigating vaxxed/masked people for taking part in some semblance of social life doesn't seem very constructive," the journo huffed on Twitter while failing to address the photos of his maskless face.

According to Urban Dictionary, the word rupar is a verb that means "to lie with impunity; a brazen statement with a focus on misleading, usually with intention of a predetermined outcome."

More than 236,000 Americans have died from COVID-19 on President Joe Biden's watch.