Australia's critically acclaimed 'comedy' comic is beloved by her fellow white libs, while Chappelle's audience is a melting pot that reflects his passion for inclusivity

Netflix reported solid earnings and subscription growth on Tuesday, despite what the New York Times described as the "controversy" surrounding the most recent stand-up special from Dave Chappelle, one of the most successful comedians of all time.

Left-wing activists, including a handful who happen to work for Netflix, have denounced Chappelle's show as unforgivably transphobic. Doing what comes naturally, the comedian's critics responded by acting out online and in real life. When Netflix co-CEO Ted Sarandos had the audacity to defend Chappelle's "artistic freedom" and suggest it was possible to tell "harsh" and "highly provocative" jokes without inciting "hatred or violence against anyone," the activists were aghast.

One of them was Hannah Gadsby, the Australian "comedy" performer whose Netflix specials Nanette and Douglas have made her a household name among white liberals with college degrees and six-figure incomes. Gadsby addressed Sarandos directly in a note posted on her Instagram account. "Fuck you and your amoral algorithm cult," she wrote. "I do shits with more back bone than you. That's just a joke!"

Gadsby scolded the company for paying Chappelle millions of dollars to "process his emotionally stunted partial world view" through "hate speech dog whistling." A number of verified celebrities voiced their support in the comments. Regrettably, nearly all of them were white. Even more regrettably, a Washington Free Beacon analysis determined that this is an accurate reflection of Gadsby's fan base, especially when compared with the robust racial diversity among Chappelle supporters.

For the sake of context: Gadsby is white and recently married to a fellow white, whereas Chappelle is a black Muslim descended from slaves, and married to a Filipino American. These crucial differences are reflected in the composition of their respective audiences. For example, here are some (visually enhanced) screenshots from Chappelle's most recent Netflix specials: 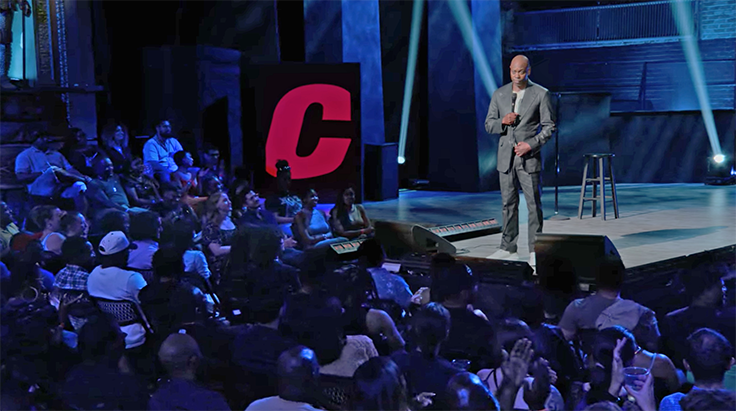 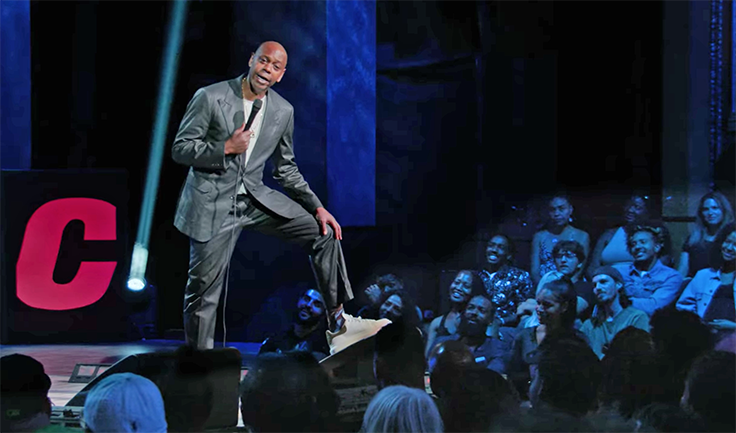 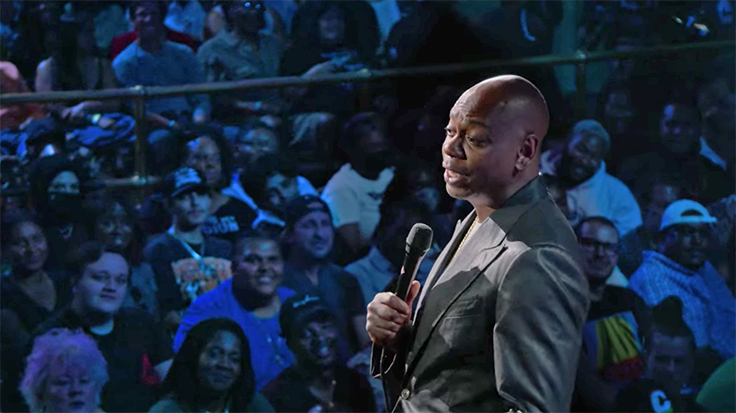 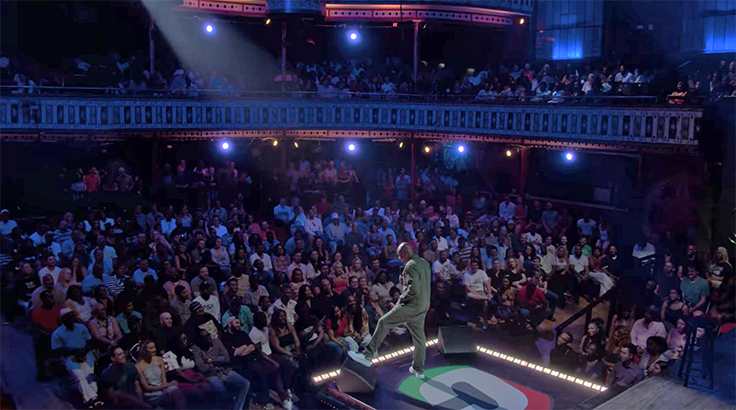 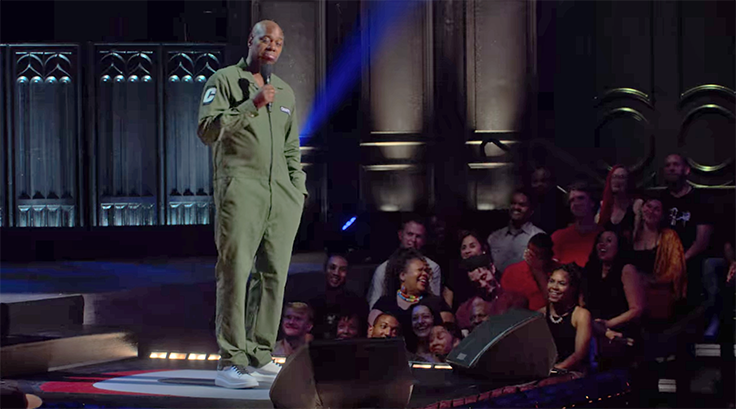 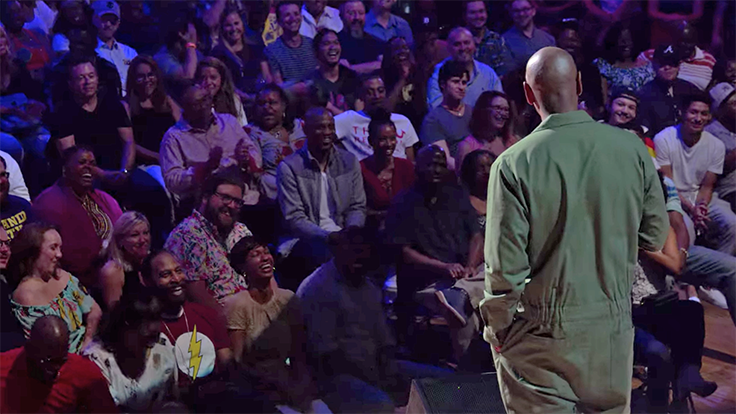 It's harder to assess the crowd's racial diversity in Gadsby's specials, mainly because the audience is rarely seen. Enhanced screenshots obtained by the Free Beacon suggest that is by design. The woke comedian's embarrassment at the overwhelming whiteness of her fan base might have something to do with it. 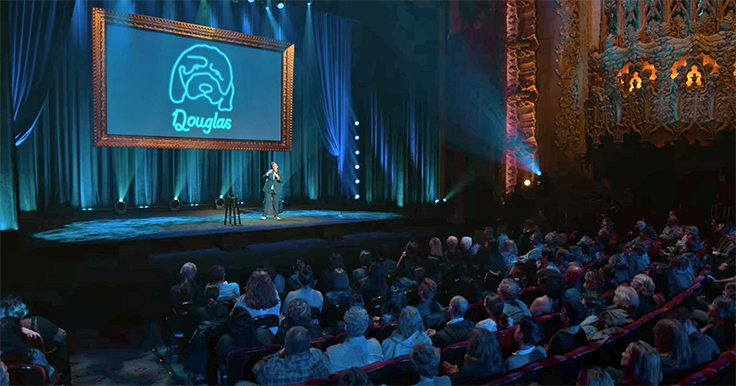 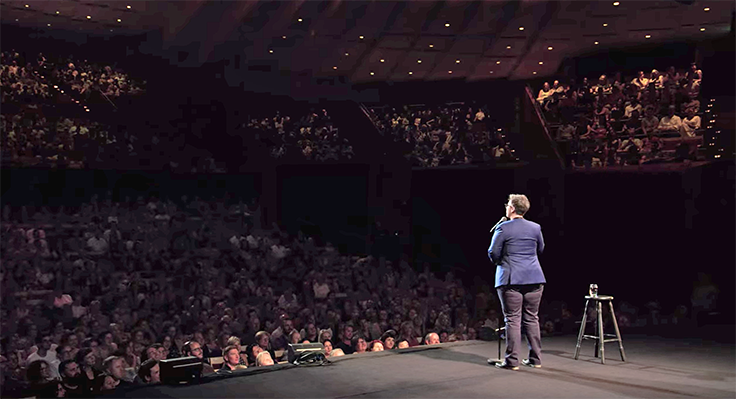 That's a lot of white. You might think so. To quote Chappelle: "It's going to get worse than that. Hang in there." The Free Beacon analysis also examined social media posts from Gadsby fans. The results were nothing short of alarming.

Would you like to see more? Okay, if you insist.

The results of the Free Beacon analysis were definitive: Chappelle's audience is a refreshingly diverse melting pot that reflects the comedy legend's passion for inclusivity. Gadsby's audience, in contrast, reflects a disappointingly reactionary view of racial equity, steeped in the white supremacist ideology espoused by fellow artists such as Mel Gibson and Lin-Manuel Miranda.

Woke white libs are a colorful yet relatively minuscule thread in the great tapestry of humanity. Shouldn't performing artists strive to be more like Dave Chappelle, whose comedy clearly resonates with a broad multicultural coalition? Gadsby may feel more comfortable performing in front of people who look like her, but as Robin DiAngelo so wisely advises, facing our discomfort is one of the most important steps in overcoming white fragility. 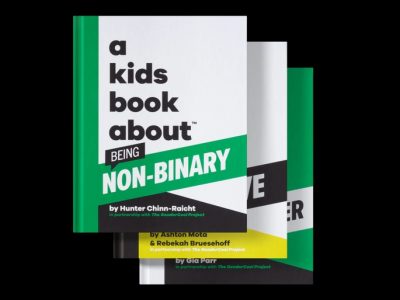