Frequent CNN pundit Sophia A. Nelson called Kentucky attorney general Daniel Cameron an "Uncle Tom" in a tweet Thursday, attacking the black Republican for his announcement that no officers would be charged for the shooting of Breonna Taylor. 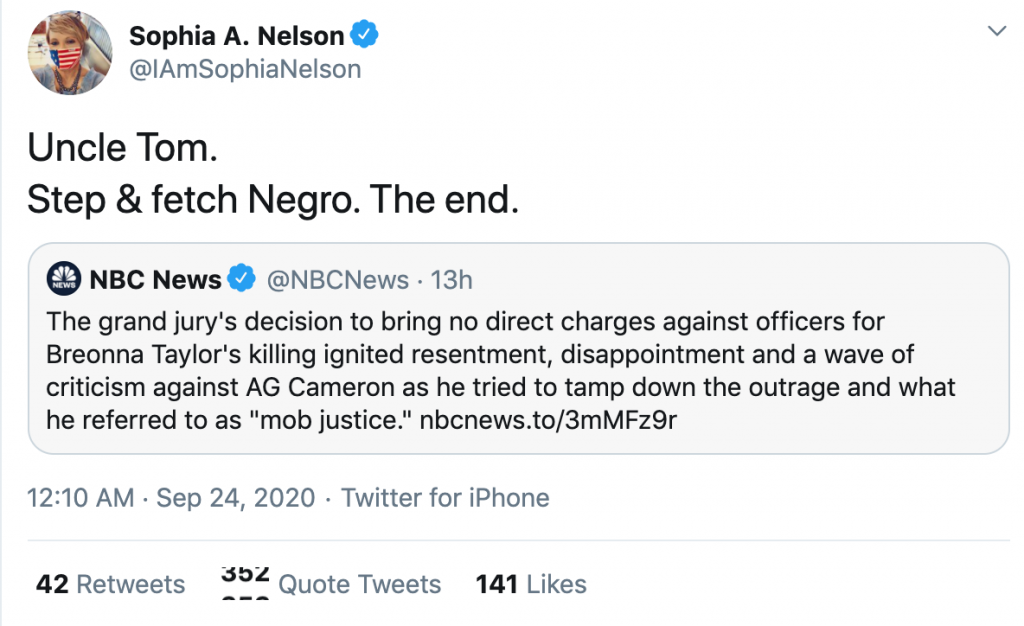 This isn't the first time Nelson has come under fire for her social media posts. The Lincoln Project cut ties with her earlier this year after she called President Donald Trump a "retarded ass." In addition to her work for CNN, Nelson is an opinion writer for USA Today and the Daily Beast and an adjunct professor at Christopher Newport University.

The comment came in response to Cameron's Wednesday announcement that a grand jury decided not to charge any of the officers for Taylor's killing, though one officer was charged with "wanton endangerment" for firing shots at neighboring apartments. Cameron, Kentucky's first black attorney general, said that Taylor's death was a "tragedy" and that justice "is not often easy."

"It does not fit the mold of public opinion, and it does not conform to shifting standards," he continued.

Two Louisville police officers were shot Wednesday night during riots that broke out following Cameron’s announcement. A federal investigation into the case is ongoing.