Corporate communications gurus are supposed to solve problems. CNN spokesman Matt Dornic transcended the bounds of his job description on Wednesday by needlessly creating one.

Dumbfounded journalists pounced on Dornic after he attempted to shame a Fox News reporter for practicing "standard" journalism by reaching out to potential sources.

"After all these years of covering CNN, Brian still has to troll LinkedIn for anonymous quotes (from employees of literally any department) to use in his hit pieces," Dornic tweeted. "We’ve been forwarded over a dozen of these in the past 24 hours."

Mainstream journalists were shocked that Dornic, the official spokesman for a self-described news network, would react in such sneering fashion to a reporter reaching out to sources for comment.

"This is a …totally normal way to report," wrote Ben Smith, media columnist for the New York Times. "Possibly not at CNN? But certainly everywhere else. Not a lot of people at Fox who do original reporting, but don't really get the objection."

Heather Kelly, a Washington Post reporter who previously worked at CNN, concurred. "This [is] a way reporters get sources," she wrote. "It's a tool I and many other reporters at CNN would frequently use to do our jobs."

Erik Wemple, media critic for the Washington Post, argued that Flood was "doing what many reporters, myself included, do: Trying to craft an appeal to sources." USA Today reporter Brett Murphy agreed that Flood was simply "reaching out to potential sources."

The Fox News reporter's messages on LinkedIn seemed like "pretty standard (and polite!) outreach to potential sources," according to Lachlan Markay, a liberal reporter for the Axios news blog. Journalist Nick Manes argued: "This is literally called practicing journalism. It doesn't always work, but it's part of being a beat reporter."

In other, somewhat related news, CNN investigative reporter Nathan McDermott announced on Twitter that he was recently laid off by the network and was looking for work.

Personal/Professional Update: I was laid off from CNN at the start of this year, bringing an end to my KFile days.

I'm proud of the reporting I've done and couldn't have worked with a better team of journalists and friends.

If you're hiring, my DMs, as always, are open.

Dornic eventually tried to (sort of) walk back his original comments, suggesting in condescending fashion that while sending "fishing emails indiscriminately to folks with tangential relationships and no info about the stories [Flood is] covering" might technically qualify as journalism, Flood is still worth mocking because "his stories are always full of lies and dishonestly framed." 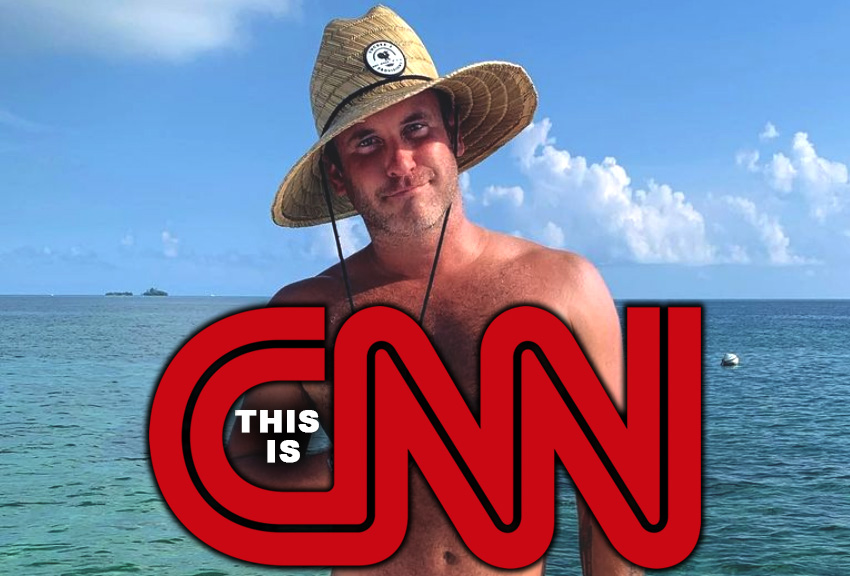