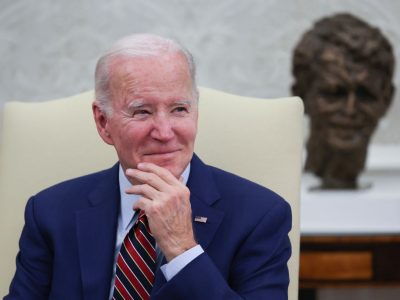 Students and professors are calling on the University of Pennsylvania to not only disarm police but also eliminate its crime alert system and employee background checks as part of a campaign to ban all forms of law enforcement on campus.

Social policy associate professor Toorjo Ghose penned a letter to the college's deans and board of directors with a list of demands to divest the campus from any form of police contact. The letter was adapted into a Change.org petition claiming UPenn has "institutionalized" a "racist fascist police state." It has garnered nearly 12,000 signatures.

"Overzealous policing and security measures enunciates [sic] a racist relationship with the community that must stop," the petition says.

Activists demand that the school disarm the police and implement a ban on criminal background checks for professors and employees of the university. The letter also calls on administrators to keep students in the dark about crimes that occur on campus by eliminating text and email alerts. Activists also demand that the university open the campus and all of its buildings to the surrounding community. The letter also claims the Ivy League university is strengthening the school-to-prison pipeline by not paying the property taxes it "owes" the city of Philadelphia.

A University of Pennsylvania spokesman said the school is aware of the Change.org petition but stands by the police department.

"We strongly disagree with the assertion that there is a 'police state' at Penn," said University of Pennsylvania spokesman Ron Ozio. "We have one of the finest university police departments in the country. Racial profiling is something the University does not tolerate."

There is a growing movement of left-wing organizations pushing for the abolition or divestment of police departments from college campuses. The University of Minnesota's student government successfully lobbied the school to divest from the Minneapolis Police Department following the death of George Floyd. The Black Panther Party and #DisarmUC created a petition for the University of California system to "demand an end to all university contracts with police on [University of California] campuses, the abolition of their departments, and the redistribution of their resources to provide for community members in need." The campaign has spread to dozens of other universities.

Prominent politicians have embraced the #defundthepolice movement as well. Rep. Ilhan Omar (D., Minn.) called to dismantle the Minneapolis Police Department entirely. She called the department a "cancer" and likened dismantling the police to an amputation. Other politicians, including presumptive Democratic presidential nominee Joe Biden, have publicly supported the Black Lives Matter movement but have refused to join calls to completely defund the police.

The petition has drawn skepticism from conservatives. Inez Feltscher Stepman, a fellow at the Independent Women's Forum, said she was surprised that liberal activists have joined the call to dismantle campus law enforcement in light of recent campaigns that have painted campuses as hotbeds of sexual assault and rape. Stepman questioned the wisdom of removing resources that are designed to safeguard students.

"It's ironic that the same people who falsely claimed there was a rape epidemic on America's campuses necessitating Title IX procedures that gutted due process are now removing resources, alerts, and protections for students who want to report crime. If these demands are met, universities may soon actually become unsafe places for women," Stepman said.