Rep. Rashida Tlaib (D., Mich.) scrubbed a tweet on Monday that included an anti-Semitic phrase often used by terrorist groups that seek the destruction of Israel.

Screenshots from the Internet Archive's "Wayback Machine" show that Tlaib retweeted a Saturday post that included a graphic promoting Palestinian solidarity and the phrase "From the River to the Sea, Palestine will be free." 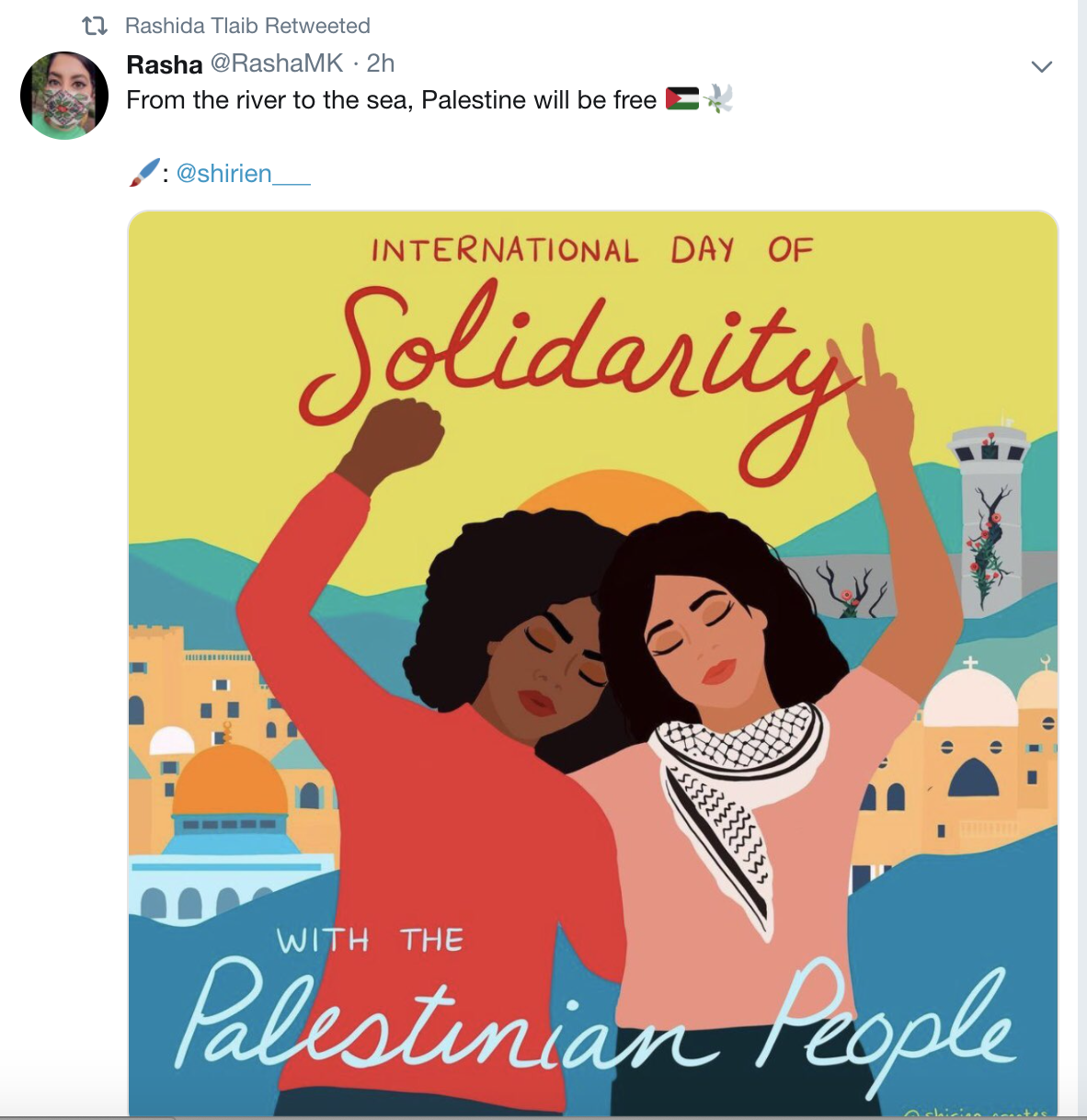 The Palestinian Liberation Organization, Hamas, and Hezbollah regularly use the phrase as a rallying cry against the Jewish state. Hezbollah leader Hassan Nasrallah used the phrase in remarks in which he also called Israel a "cancerous growth" that needed to be destroyed.

Tlaib deleted the controversial tweet after critics slammed her, and did the same as recently as last January after she blamed Israelis for the death of a Palestinian child who had slipped and drowned in a pond, prompting accusations from an Israel government official that she was spreading a "blood libel."

In 2018, Professor Marc Lamont Hill lost his position as a CNN contributor for parroting the Hamas rallying cry, and several Jewish groups blasted his remarks.

The firing of Hill hasn't stopped Tlaib from engaging with him. Hill, Tlaib, and New York Times columnist Peter Beinart are slated to appear on a December 15 panel that claims to promote "dismantling antisemitism" but is sponsored by groups pushing a pro-Palestinian agenda.

Tlaib has faced criticism for anti-Semitic behavior before. In August, she criticized the Biden campaign for disavowing anti-Semitic activist Linda Sarsour. Tlaib also opposed the Trump administration's efforts to bring the United States and Israel closer together.