Resolution would use reconciliation process to fast-track repeal

Republicans can use reconciliation to "fast-track" repeal and send legislation to President-elect Donald Trump's desk as soon as possible.

Enzi's resolution directs relevant House and Senate committees to achieve $1 billion in deficit reductions over the next decade.

The resolution would also reserve funds so Republicans can replace the Affordable Care Act with a patient-centered health care reform.

"Americans face skyrocketing premiums and soaring deductibles," Enzi said. "Insurers are withdrawing from markets across the country, leaving many families with fewer choices and less access to care than they had before—the opposite of what the law promised."

"Today, we take steps to repair the nation's broken health care system, removing Washington from the equation and putting control back where it belongs: with patients, their families, and their doctors," he said.

Speaker of the House Paul Ryan (R., Wis.) supports the resolution saying it's the first step toward relief.

"This is the first step toward relief for Americans struggling under Obamacare." Ryan said. "This resolution sets the stage for repeal followed by a stable transition to a better health care system."

"Our goal is to ensure that patients will be in control of their health care and have greater access to quality, affordable coverage," he said. "Today we begin to deliver on our promise to the American people." 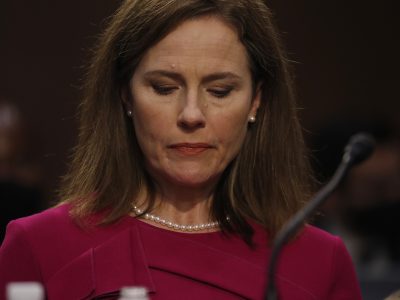