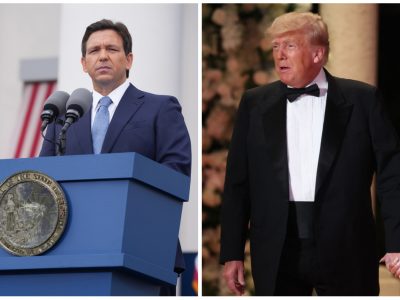 An election integrity watchdog has found 24,000 instances of irregularities among the voter rolls in Palm Beach County, Fla., according to a new report.

The findings raise concerns in the swing state one year out from the 2020 elections. It was Florida's election results that sent the 2000 presidential race between George W. Bush and Al Gore to the Supreme Court. Palm Beach County itself faced massive criticism as recently as the 2018 midterm elections when it could not finish three state-mandated recounts by imposed deadlines. The events led to the county's supervisor of elections, Susan Bucher, being ousted from her position and the implementation of a $15 million voting overhaul.

"Concerns ranged from apparent clerical errors memorialized in voter records to evidence of dead and double voting," PILF's report states. "Seemingly unlawful claims of business and government addresses were also found used as residential ones. Some individuals (unwillingly or otherwise) even demonstrated an ability to register multiple times under the same name, address, and date of birth thanks to human or computer system errors between the county elections office and Florida Highway Safety and Motor Vehicles personnel. Perhaps most alarming of all, apparent noncitizens were documented registering to vote in Palm Beach County—sometimes while admitting their immigration status on voter applications."

The group ultimately discovered 225 instances of double voting by the same registrant in 2016 and/or 2018; 20,479 double registrations across state lines; 68 uses of nonresidential addresses as county residences; 2,203 deceased voters on the voter roll; 139 instances of records of deceased voters casting ballots; 413 names appearing more than once on the county's voter roll; and 68 apparent noncitizens previously registered to vote for a total average length of seven years.

A spokesman for the election integrity group said that the county needs to act on its voter rolls and has plenty of time to do so.

"If state sponsors of cyber attacks are targeting voter rolls like our intelligence services warn, then we need to take the year before 2020 to identify and resolve particular vulnerabilities like documented in Palm Beach County," Logan Churchwell, PILF's communications director, told the Washington Free Beacon. "Most of these are systemic concerns—but some are human. None are insurmountable with the time we currently have. PILF has found these types of problems across the country—this is not just a Florida problem."

"If you are dedicated to getting in the way of proper voter list maintenance by trying to scare the public about 'purges,' then you are part of the problem," Churchwell said.

The findings were submitted to the county's new supervisor of elections, Wendy S. Link, for a "line-by-line review to discern necessary list maintenance efforts according to federal and Florida statutes."

Palm Beach County's supervisor of elections did not respond to request for comment on PILF's findings by press time.