The National Labor Relations Board, a federal labor arbiter, ordered the Postal Workers Union to return more than $700,000 to about 7,000 workers who lost job opportunities to outsourcing.

A pair of mechanics lodged a complaint with the agency, saying that the union improperly allocated an $8.6 million settlement awarded to workers who lost out on employment opportunities when the Postal Service (USPS) outsourced maintenance and installation work to private contractors.

Although that complaint was ultimately dismissed, the investigation revealed that the union had attempted to set aside $1 million from the settlement.

"The Charged Party will pay the approximately 7,189 employees it deemed eligible to receive a portion of the 2014 AOI Award. Each employee will receive a pro rata share of $770,804.58, as set forth below," the NLRB said in a published settlement agreement.

The union will have four weeks to return that money to the workers, while keeping more than $300,000 to be used on the workers' behalf for the purpose of handling labor grievances or future litigation. As part of the settlement the union did not admit any guilt. A union spokesperson declined to comment about the case or the settlement.

Steven Raymer, the union's National Director for the Maintenance Craft, said in an affidavit obtained by the Washington Free Beacon that the union always intended to use the settlement award for the purpose of serving its members. He told them that the $1 million figure was not arbitrary, but came from his estimation that the union would have had an additional 400 dues-paying members if USPS did not contract out the work.

The money would be kept in the union's Treasury to recoup costs, handle future grievances, and pay out the settlement to any workers it missed in its first round of distributing the award.

"I considered this [outsourcing] a harm to the Union as an organization more than as a harm to any individuals or specific group," he said. "The Postal Service's contracting led to a reduction in the size of the unit and that led to losses of dues that would have been in the Union's treasury. … I wanted to make sure that the Union benefitted from the remedy, because of the lost dues."

Raymer told the Washington Free Beacon that he acted appropriately in handling the award. He pointed to the NLRB's approval of the $300,000 set-aside as proof that he was justified.

"We were allowed to keep portions of the money," he said. "It was appropriate."

Aaron Solem, an attorney at the National Right to Work Legal Defense Foundation, represented two of the postal employees who initially challenged the union's handling of the award. He called Raymer "shady" for "playing the numbers" in order to justify keeping money that belonged to union members.

"After they got the award they got greedy and decided to keep it for themselves," he said. "The arbitrator awarded nothing in [the form of] legal fees or anything else to the union."

The union has until Monday to distribute the remaining money to membership, though it can receive an extension with approval from the NLRB. 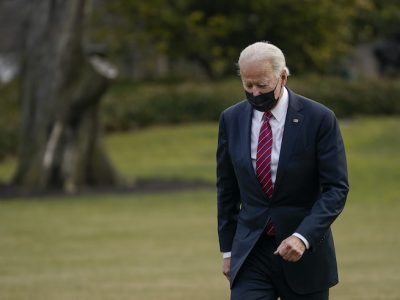