The party leaders say that the proposal, which includes 27 measures, will help increase security in Germany. This proposal comes in the wake of a surge of terror attacks that have gripped the nation:

The proposal, known as the Berlin Declaration, is backed by Germany’s Union parties — Angela Merkel’s Christian Democratic Union and the Christian Social Union — and has already been signed by state interior ministers from across the country.

Some of these measures include an increase in law enforcement officers, an end to dual citizenship, loosening confidentiality laws, and stricter guidelines pertaining to how mosques are financed, as well as the ban on burqas.

The party says that this proposal will help the call for "mutual respect" and will help prevent the expansion of religious extremism in Germany.

A Berlin Senator expressed his support for this ban:

This proposal is set to be presented on Aug. 18.

However, there has been pushback to this ban:

"We reject this divided loyalty," the declaration reads. "We suggest whoever wants to get involved with the politics of foreign governments leaves Germany."

The left-leaning Die Linke party says that banning burqas has nothing to do with solving terrorism.

Germany has been faced with a recent increase of terrorist attacks. The assaults have ranged from a shooting in Munich to a machete attack in Reutlingen. 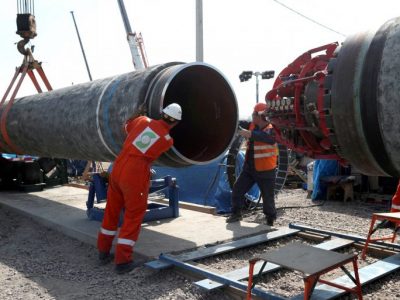