A Jersey City, N.J., elected official unloaded on Jewish members of the community following a shooting last week at a kosher market in the city committed by two African Americans.

The shooting left six dead, including a police officer and the two suspects.

Following the attack, Joan Terrell, a member of the Jersey City Board of Education, on Facebook accused Jewish community members of selling body parts and attacking the black community.

"Where was all this faith and hope when Black homeowners were threatened, intimidated, and harassed by I WANT TO BUY YOUR HOUSE brutes of the jewish community," Terrell wrote, according to a screenshot posted on Twitter.

Terrell accused Jewish leaders of forcing blacks out of their homes and of "selling body parts," an anti-Semitic canard long used to smear religious Jewish people.

Referring to the two assailants who committed the shooting, Terrell wrote "Mr. Anderson and Ms. Graham went directly to the kosher supermarket. I believe they knew they would come out in body bags. What is the message they were sending? Are we brave enough to explore the answer to their message? Are we brave enough to stop the assault on the Black communities of America?"

Terrell noted that she was speaking as a "private citizen" in her post, "not as an elected member of the Jersey City Board of Education." 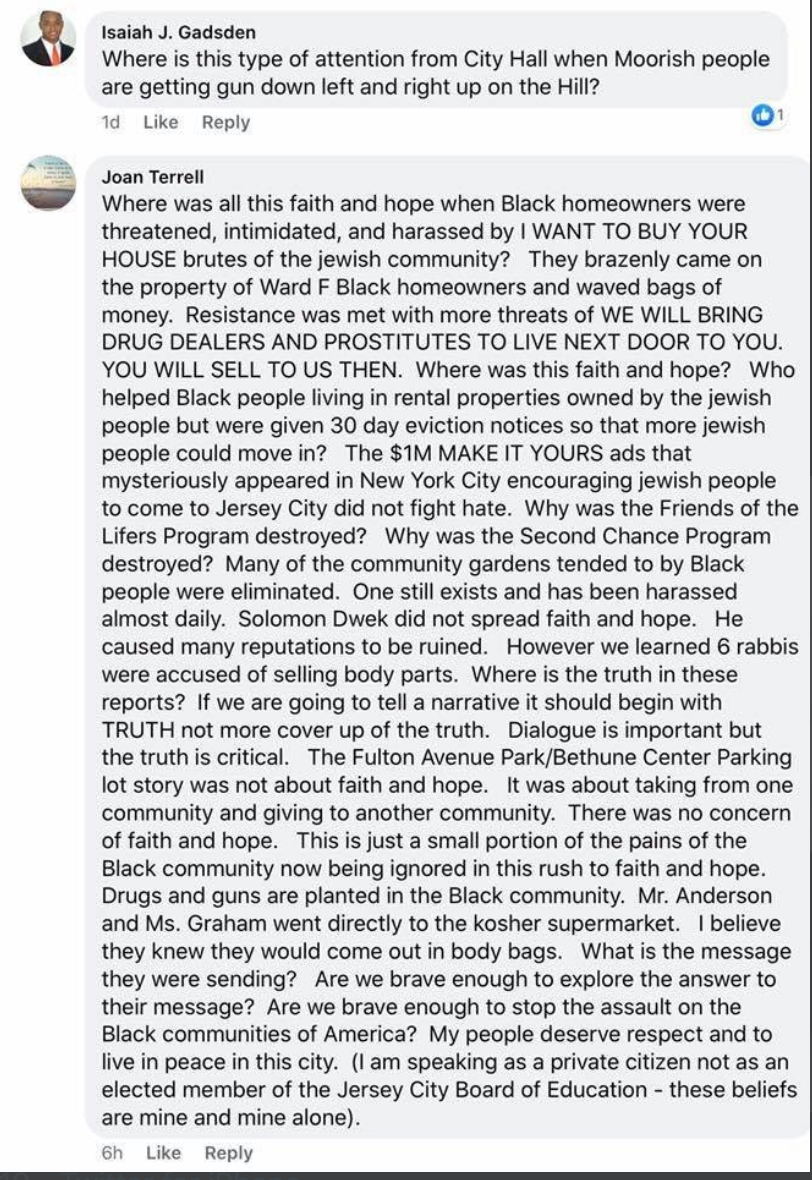