H.R. 2339, the Reversing the Youth Tobacco Epidemic Act of 2019, passed the House on a nearly party-line vote of 213 to 195. Just 17 Democrats voted against and 5 Republicans in support. The bill is meant as a comprehensive response to the spike in teen nicotine consumption. It prohibits the sale of cigarettes, vapes, or other tobacco products that are flavored in any way, including with menthol, among other reforms.

That menthol ban drew the ire of seven liberal policy organizations, including the American Civil Liberties Union and the National Action Network. In a letter sent Monday to H.R. 2339's author Rep. Frank Pallone (D., N.J.) and obtained by the Washington Free Beacon, the groups wrote that they were concerned "a blanket prohibition on menthol and other flavored tobacco products, which will apply to adults, will (1) disproportionately impact people and communities of color; (2) trigger criminal penalties, prioritizing criminalization over public health and harm reduction; and (3) instigate unconstitutional policing and other negative interactions with local law enforcement."

The groups' objection comes down to differences in consumer preferences. Eighty-five percent of black smokers report using mentholated cigarettes in the past month, compared to less than 30 percent of white smokers. Hispanic smokers are in the middle, at about 50 percent. 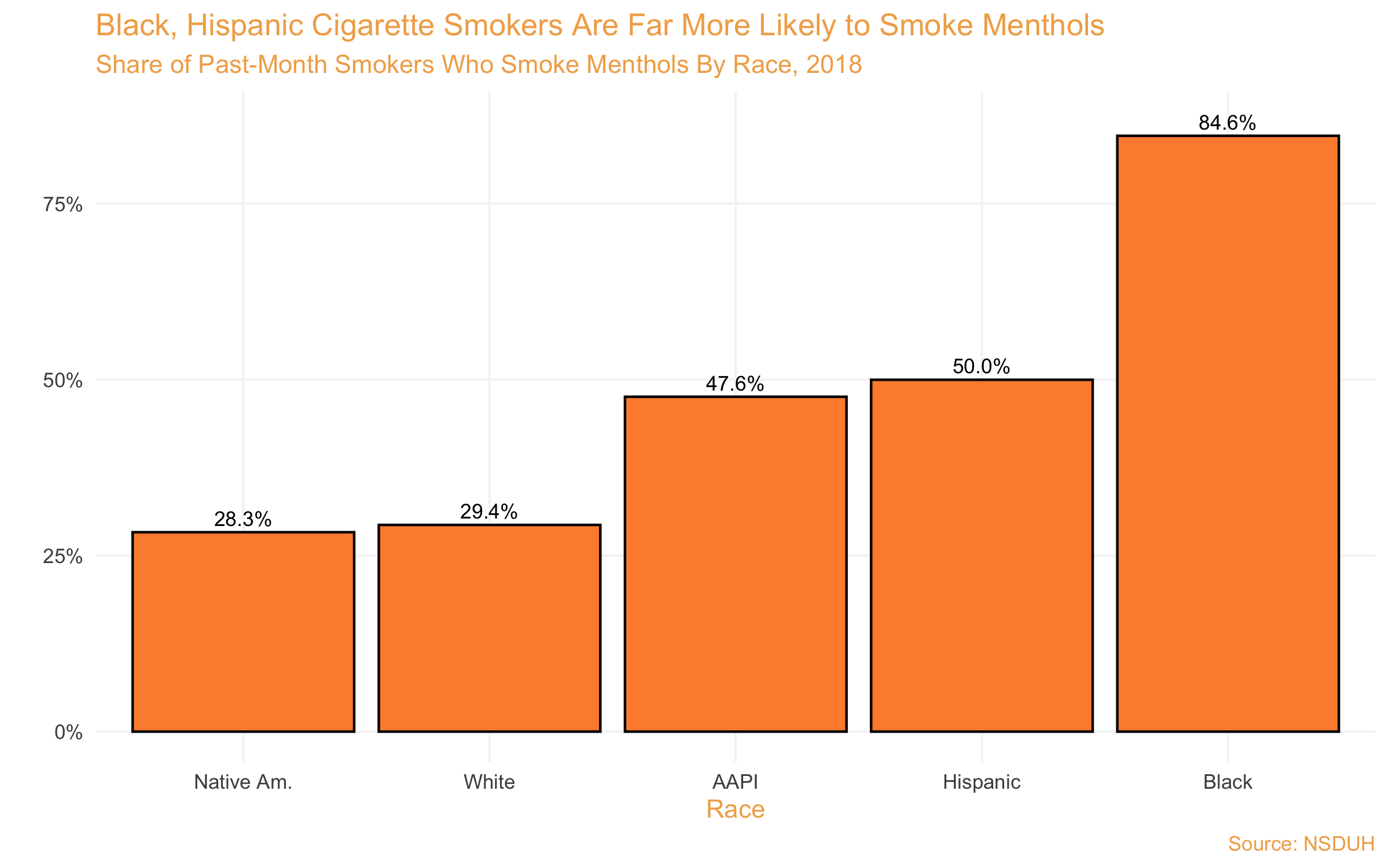 Similarly, the letter notes that black people make up 60 percent of the market for flavored cigarillos and "non-premium" cigars also prohibited under the bill. Notably, H.R. 2339 exempts certain "traditional, expensive" cigars from a ban on online tobacco sales, but not those more frequently used by people of color. "There is no justification for differentiating a La Palina from a Black and Mild," the letter argued.

Far from being a minor concern, the liberal groups argue that the ban could lead to federal prison sentences for individuals who sell or traffic in mentholated cigarettes.

"Any prohibition on menthol and flavored tobacco products promises continued over-criminalization and mass incarceration of people of color," they wrote.

The bill now goes to the Senate, where it may find an ally in Senate Majority Leader Mitch McConnell (R., Ky.), who pushed to raise the minimum purchase for cigarettes to 21. At the same time, the bill's poor performance among House Republicans suggests that it is likely to have few friends in the GOP-controlled Senate.