A former dean of Harvard College has filed a motion seeking to protect undergraduate students' "right of free association," after a faculty committee recommended earlier this summer that the school altogether ban social clubs.

Harry Lewis—a computer science professor who was formerly dean of non-academic undergraduate life—submitted a proposal Monday demanding that the school not "discipline, penalize, or otherwise sanction students for joining, or affiliating with, any lawful organization, political party, or social, political, or other affinity group."

The move followed the release in July of a faculty committee report that recommended Harvard forbid students from joining or participating "in final clubs, fraternities or sororities, or other similar private, exclusionary social organizations." Harvard would "take disciplinary action against students … found to be participating in such organizations." Additionally, all the groups would be phased out by May 2022.

The committee referred to policies in place at the colleges of Amherst, Bowdoin, Middlebury, and Williams as inspiration.

Since May 2016, the university has prohibited those who hold membership with unrecognized single-gender social groups from holding leadership positions in recognized student groups, holding athletic captaincies, or receiving specific fellowships. The controversial policy, to which Lewis and other faculty were opposed, garnered national attention. Though the rule was meant, in part, to prevent the "gender discrimination" of all-male clubs, hundreds of Harvard women turned out to rally in defense of all-female organizations—also subject to the ban—as vital parts of their college experiences.

This summer's proposal would expand these policies to co-ed clubs, and increase the penalties for membership.

The committee report claimed there was "strong majority support" for the proposal, though only seven of the 27 committee members voted in favor.

The report recognized that "[a] small minority argued that there should be no formal policy on the [social clubs], championing instead freedom of association," but that the committee generally believed in the "paramount importance" of "principles such as inclusiveness and equality"—which would ostensibly be furthered by a ban on clubs.

After the single-gender policy was enacted, Lewis and 11 professors attempted to pass a motion stating, "Harvard College shall not discriminate against students on the basis of organizations they join." That motion was withdrawn earlier this year, after the dean announced the policy would be coming under review, a process which has now resulted in the committee seeking even tighter control on student life.

Lewis's new motion, signed by 21 faculty members, says "students could not, simply because of membership in a legal club, social or political organization, be sanctioned by the Administrative Board or the Honor Council, or deprived of any academic or extracurricular opportunity or honor for which they would otherwise be eligible."

Lewis has submitted his motion for consideration at an Oct. 3 meeting of the Faculty of Arts and Sciences

He told the Crimson that Monday's motion "breaks no new ground," but called on Harvard to do what it "has always done in modern times," namely that the college "never punished students simply for joining private organizations."

Lewis told the Free Beacon he was optimistic about his motion passing, citing "support from a broad group of faculty."

He suggested that if administrators wish to properly respond to the dangerous behaviors at certain club parties, an "obvious idea … would be to tell students not to go to them, and why."

"Strangely, that has not been done, even in the welcome letter to incoming freshmen which warns them about certain sanctions to which they will be subject if they join," Lewis said, adding that "for some the problem is not just the safety and well being of students, but some vaguer social agenda."

In Asian Discrimination Appeal, Harvard Talks out of Both Sides of Its Mouth 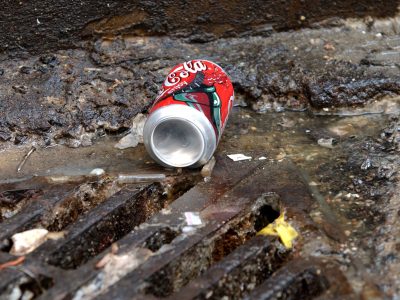