"Ummm. This is Geoff Yang and I am NOT running for President," the pictured Yang said.

Though Andrew Yang's supporters quickly welcomed Geoff to the #YangGang, they should not expect an endorsement from the venture capitalist anytime soon. A founding partner at Redpoint Ventures, Geoff has given thousands to Republican causes since 1998, with recipients including George W. Bush, Mitt Romney, Jeb Bush, and the Republican National Committee.

CNBC's misidentification comes after Geoff Yang appeared on the network at least three times. He appeared on Squawk Box as recently as last October.

Yang has long alleged mistreatment by the mainstream media, with MSNBC and CNN omitting the presidential hopeful from polling graphics in favor of lower-polling candidates. MSNBC also misidentified Yang in September, referring to him as "John Yang" in a graphic before correcting it.

Yang appeared to take CNBC's error in stride, responding on Twitter with a laughing emoji. 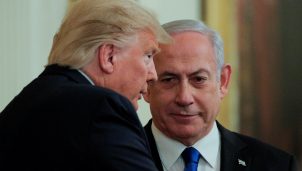