A high-dollar lobbyist and fundraiser for Hillary Clinton's presidential campaign failed to file legally required disclosures for his advocacy on behalf of a foreign government in discussions with Clinton's future campaign chairman, according to a political law expert.

High-powered Democratic lobbyist Tony Podesta emailed his brother John, a top White House adviser who would later chair the Clinton campaign, in January 2015. Tony wondered if John would attend a meeting with the Indian ambassador to the United States.

"I'm at Camp David Friday," John replied. "Probably best to do Monday. I need to get briefed on where things stand." It is not clear whether the meeting ever took place, or whether John Podesta attended.

The emails were more than a casual exchange between brothers: the Republic of India is a client of the Podesta Group, a lobbying firm that the brothers founded in the late 1980s and which Tony still leads.

At the time, the firm was pulling down nearly $60,000 a month for its work on the Indian government's behalf.

Lobbying firms representing foreign governments and political parties are required to file periodic disclosures, known as supplemental statements, with the Department of Justice notifying them of communications with media organizations or government officials on behalf of their foreign government or political clients.

Tony Podesta sent his email regarding the Indian ambassador on Jan. 1, 2015. The Podesta Group's Foreign Agent Registration Act disclosures list no contact with John Podesta on behalf of a foreign government client in either the second half of 2014 or the first half of 2015.

The latter supplemental does disclose contacts with other government officials on the Indian government's behalf, including dozens of congressional offices and officials at the White House National Security Council, State Department, Commerce Department, and the office of the U.S. Trade Representative.

When Tony sent the email, John was a top adviser to President Barack Obama, helping to steer White House energy and environmental policy. He left the post the following month, then formally joined the Clinton campaign when it formed in April.

"This communication should have been filed on the FARA Supplemental as a communication from a registered agent to a covered government official seeking action on behalf of a foreign principal," according to Craig Engle, a partner at DC law firm Arent Fox and the founder of the firm's political law practice.

Engle said in an email that the familial relationship between the Podestas did not excuse the Podesta Group from its disclosure requirements.

"FARA supplemental reporting is designed to capture communications like these seemingly innocuous emails between family members—especially if one member of the family helps run the White House," Engle wrote.

The Podesta brothers frequently discussed issues pertaining to the firm's clients, though due to John's varying roles in political campaigns and nonprofit groups it is less clear that other communications would have triggered FARA reporting requirements.

A review of Podesta Group supplemental statements since 2011 shows that it has listed just one contact with John Podesta, a March 2012 meeting on behalf of the Japanese embassy.

The January email regarding the Indian ambassador and additional communications between the brothers were revealed in emails released by Wikileaks after hackers believed to be acting in concert with the Russian government breached John Podesta's personal email account.

Podesta officially left the White House on Feb. 13, 2015, and rejoined the Center for American Progress, a think tank he founded in 2003, as a member of its board a week later. On Feb. 28, Tony sent him another email asking about an upcoming visit to the U.S. by Ashraf Ghani, then a presidential candidate in Afghanistan.

When Ghani visited Washington, Tony Podesta made sure his brother had a copy of press materials distributed by the House Speaker's office and forwarded him a press release.

A month after his visit, John Podesta officially signed on as the chairman of Clinton's presidential campaign. Tony Podesta has raised about $200,000 for the campaign.

Tony has continued to contact John on his clients' behalf during the campaign. In a June 2015 email, he once again reached out on behalf of the Indian ambassador. 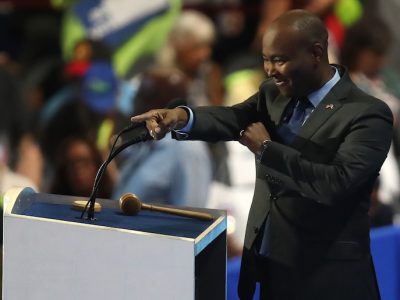 Jaime Harrison’s Years as a Lobbyist Paid Off 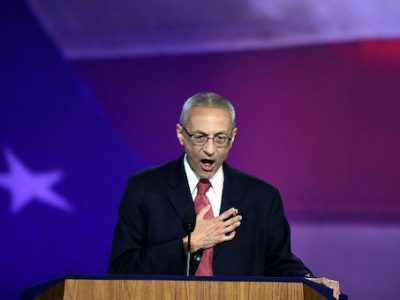