One of Philadelphia's largest religious charities plans to continue its fight against a city policy that will block foster-care providers who hold traditional beliefs about marriage.

Several foster parents affiliated with Catholic Social Services are suing the city of Philadelphia for discriminating against their religious beliefs after the Department of Human Services adopted a policy that bars the city from partnering with foster-care providers that do not approve of gay marriage. The policy was enacted despite the fact that no complaints or allegations of discrimination had been filed against CSS. District Court judge Petrese Tucker rejected the suit, saying the plaintiffs did not prove they were directly targeted for their religious beliefs, adding that even if the policy shutters CSS, the providers could transfer to other foster-care agencies.

"In the event CSS closes its operations, the individual plaintiffs and other non-party CSS-certified resource parents may transfer to other agencies and continue using their skills to provide foster care to children, even though such transfers may be challenging," the ruling said.

CSS is one of Pennsylvania's most active charities and one of the city's largest foster-care providers, representing 120 foster parents. Just weeks before the city took action against CSS, the department declared its foster-care system in "crisis" because of a shortage of providers for Philadelphia's 6,000 foster children. The department said in March it needed 300 more homes to adequately care for children. The charity has said it has 35 homes that are capable of taking in children but are empty as a result of the policy, which would cover more than 10 percent of the shortfall.

Lead plaintiff Sharonell Fulton has cared for more than 40 children through CSS. She said in a statement that the policy would only harm vulnerable children by denying them access to loving homes.

"I don't understand why the city is threatening to shut down the agency that has given hope and a family to so many children," she said.

CSS is represented by the Becket Fund, a nonprofit law firm that specializes in religious liberty cases. Senior counsel Lori Windham said CSS, Fulton, and co-plaintiff Cecilia Paul plan on appealing the ruling. Windham criticized the city for putting "politics above the children."

"Foster children deserve loving homes, and foster parents like Ms. Fulton and Mrs. Paul have been waiting with open arms to welcome them," Windham said in a statement. "The court allowed the city's discriminatory actions to continue—a decision we will immediately appeal."

The city praised the court ruling, saying it was a victory against discrimination. A spokeswoman said in a statement the policy reflected Philadelphia's "legitimate interest" in ensuring access for all prospective adoptive couples, including those in same-sex relationships.

"The City has a legitimate interest in ensuring that when we employ contractors to provide governmental services, that those services are accessible to all Philadelphians who are qualified for the services," the city said in a statement. "By refusing to certify same-sex couples, CSS is ruling out qualified families who are willing to provide care for children in need, who can be certified, and who have roots in this community."

Critics have accused Democratic Philadelphia mayor Jim Kenney of discrimination against religious believers in order to further his political agenda. Terry Schilling, executive director of the American Principles Project, called the policy "shameful" and "indefensible." The city is only the latest Democratic stronghold to attempt to shut down religious agencies; similar policies enacted in Massachusetts and Illinois closed down Catholic and Lutheran adoption agencies.

"Rather than help the thousands of children trapped in an overloaded foster-care system, the City of Philadelphia instead has chosen to focus its energy on discriminating against Catholic Social Services because of their religious beliefs, actively preventing many of these children from finding their forever homes," Schilling said. "The fact that Philadelphia would actively work to keep children out of loving homes simply to play politics is indefensible, and we applaud the brave foster parents like Sharonell Fulton as they stand up against the city's blatant religious discrimination."

The city said it will defend the policy against any court challenge and is confident it will prevail on appeal.

"We will vigorously oppose CSS's appeal," the spokeswoman said. "The city is committed to ensuring that government services are provided in an accessible way to all Philadelphians and we must ensure that the foster-care services CSS provides are done so in a non-discriminatory way."

The ruling acknowledged the "fruitful relationship" the city had enjoyed with CSS. Judge Tucker said the court's decision was a reluctant one, as she hoped the two parties could come to compromise outside of the legal system. 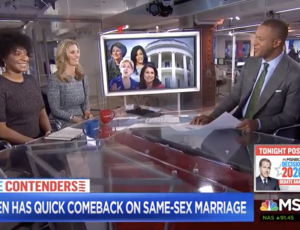