Bibi: Israel Will Not Have Its Hands Tied By Anyone

Israeli Prime Minister Benjamin Netanyahu had strong words for the international community, saying that Israel will not have its hands tied by anyone.

"Israel is adamant that it will have the right to defend itself against all those who wish to propagate terror, and other attacks against its citizens, against its territory," Netanyahu said. "We will not have our hands tied by anyone, including the ICC."

Netanyahu said the threat that Japan and Israel face from these rogue states is very real because they both seek nuclear arms capabilities. He referred to the failure of deals struck with North Korea, praised at the time, to end their nuclear proliferation program. Netanyahu demanded that sanctions must continue and no similar deal should be made with Iran because it did not work in the past with North Korea.

"Iran can not be allowed to travel the road taken by North Korea," Netanyahu said. 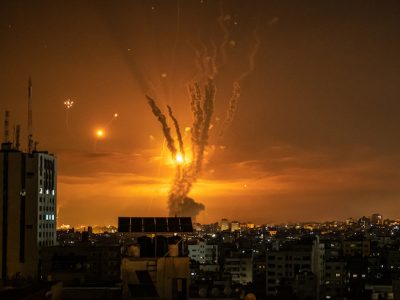