An Evening With the Video Game Developers Funded By Millions from the U.S. Government

Over glasses of wine and a disco-spinning DJ, more than a dozen government-funded game developers showcased their products on a Wednesday night in Washington, D.C.

Various government agencies have been paying these developers millions of dollars to create educational video games.

The games ran the gamut from a Common Core-aligned, Shire-themed math challenge to a "judgment-free" historical role-playing game—and none of them were cheap.

"Billion, with a B," he confirmed excitedly.

One game, Mission U.S., teaches children about "critical eras of U.S. history." But, the developer insisted, the presentation is always "judgment-free."

In the first "mission," children play the game as a young man in 1770 Boston as the Patriot movement battles the crown loyalists. The child must choose whom to support.

"And it’s not clear-cut that the Patriots are those people," the developer said.

Students could choose instead to sympathize with "Constance," who likes British clothes and, according to her biography on the game’s website, "agrees with her uncle that the Sons of Liberty should not interfere with the livelihoods of merchants who import goods from England." 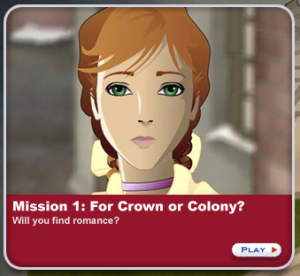 The game focuses mostly on the "experience" of the era.

"We’re not into facts and data and stuff like that," the developer said.

Mission U.S. has existed since 2008, but SBIR is chipping in nearly $150,000 to develop an iPad version and fund a fifth historical game; one that depicts the Great Depression.

NumberShire is a math game, featuring scampering forest animals clad in medieval outfits reminiscent of Disney's Robin Hood. It boasts that it is Common-Core aligned. When asked what, exactly, that means, the developer admitted the standards are "fairly open to interpretation."

NumberShire has received three grants from SBIR, for a total close to $2 million.

Sokikom, an online math program, has been awarded more than $2 million from SBIR. The game touts its social component, in which children can challenge each other in multi-player games. When they solve problems, they are rewarded with ways to dress up their avatars.

"Students become intensely engaged and experience social learning," according to an online promo.

As long as they don’t get too social. The developer had to remove some inter-player chat capabilities, and even the ability to customize the name of a multi-player game, because the children were too "inventive,"–particularly with words beginning with the letter "F." 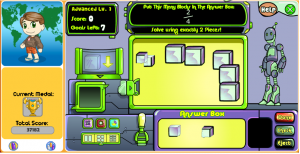 And not all the games are for children. Gaming company Triad Interactive has produced two games for elementary school teachers. One teaches math, another science, through "narrative-based action adventure" games. A third government-sponsored game teaches students coding. 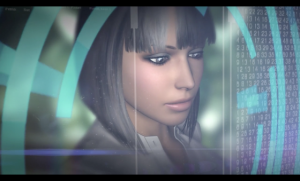 A Triad representative said they produced games for teachers in hopes that teachers will be more inclined to use video games in the classroom if they, themselves, were taught with them.

Triad Interactive pitched the idea to the SBIR program before any of the games were produced, and has received about $1.5 million in grants from the Department of Education, the National Science Foundation, and the Department of Defense. 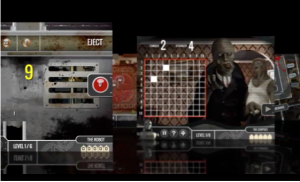 Mindset Quest is a company that develops games to push the theory of "growth mindset." "Growth mindset" proponents shun the idea of a "math person" or a "science person"—they teach that students have agency over their own strengths and that their talents are developable, not static.

One Mindset Quest representative said that the idea of growth mindset is "blowing up right now." She said that its popularity is "kind of linked to some of the language Michelle Obama uses." Their company has received just shy of $1 million in grants.

BreakAway Games developed "EVO," a Web-based genetics game, at the request of Baltimore County schools with Race to the Top funding. In EVO, because of environmental problems, the imaginary "Species Q" is about to go extinct. Students must use their knowledge of breeding and genetics to help it survive. 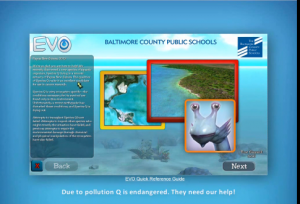 Despite their government funding, not all the games are free to the public. NumberShire is $14.99 per student or $99 per class. Sokikom is $20 per student or $6,000 per site.

They were appreciative of their grant money. "God bless America!" one developer said.