Forty-nine of 50 states will see premium hikes on the individual market in 2016, according to a tracker released by Freedom Partners, a Virginia-based non-profit.

Every state with the exception of Mississippi will see their health insurance premiums rise in 2016, and most states will see double-digit increases. 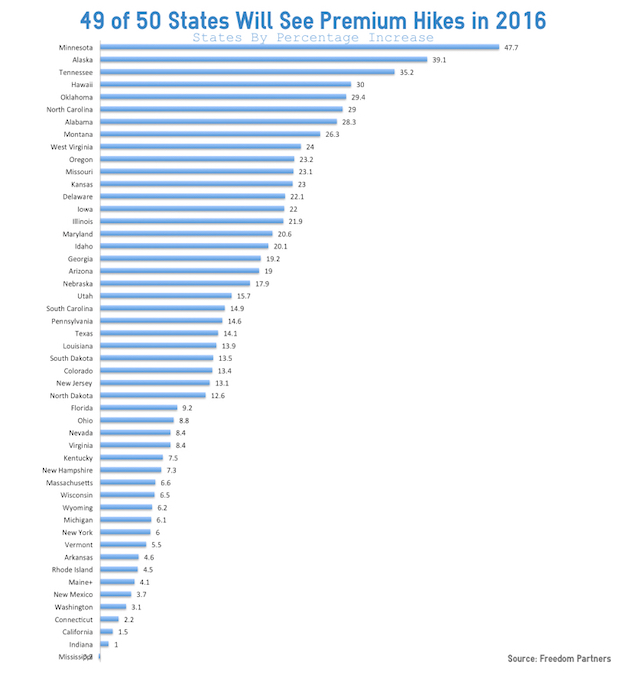 The five states facing the largest premium increases are Minnesota with 47.7 percent, Alaska with 39.1 percent, Tennessee with 35.2 percent, Hawaii with 30 percent, and Oklahoma with 29.4 percent.

"‘You can keep your plan’ turned out not to be true, and it turns out that the ‘Obamacare will make health care affordable’ promise is no different," said Nathan Nascimento, senior policy adviser at Freedom Partners.

"Our data are conclusive: The Affordable Care Act has driven up costs across the board, with people in 49 states seeing premium increases on the individual market this year," he said. "President Obama has chosen to look the other way, but the millions of Americans being crushed by the costs of Obamacare don’t have the same luxury."

Supreme Court Takes Up Case That Could Wipe Out Obamacare