Warnock, who invited Pastor Frederick Haynes III to virtually address his congregation at Atlanta's Ebenezer Baptist Church, said he was "grateful" for Haynes's words and called him his "brother" after he delivered a strongly political sermon.

"[Trump] is COVID-45 who has mismanaged COVID-19," Haynes said during his address. "In the future, the generations may well say that 11/9 was our spiritual and moral 9/11."

Mirroring past remarks, he said modern policing is rooted in slavery and praised protests in 2020 that led to sliced police budgets in San Francisco and Los Angeles.

Warnock invited Haynes to address his church in spite of his past praise of radical Nation of Islam leader Louis Farrakhan. Haynes tweeted a photo of himself and Farrakhan in 2017 and called Farrakhan a "wonderful and great man." In 2015, he called him a "prophetic leader for our time." Farrakhan has made bigoted remarks about Jews, gays, and other groups, but he has continued to receive support from figures on the left such as former Women's March leader Tamika Mallory.

Haynes is described by peers as a "leader" in the police-defunding movement. He supports reallocating at least 60 percent of the public safety budget to address what he calls a racist system. In response to a Blue Lives Matter rally last month in his Dallas church's parking lot that included Confederate flags, Haynes said anyone who could not say "Black Lives Matter" was holding a "Klan rally." He added it was time to "divest" from police departments and reinvest in communities.

Warnock, the senior pastor at Ebenezer since 2005, also invited Haynes to speak in 2016. His campaign did not respond to a request for comment.

Warnock said in June he does not support defunding police but does support efforts to "demilitarize" and "responsibly fund law enforcement."

Warnock is running in the special jungle election against Sen. Kelly Loeffler (R., Ga.), which also features Rep. Doug Collins (R., Ga.), Democrat Matt Lieberman, and more than a dozen others on the ballot. The top two finishers will advance to a runoff, unless someone gets 50 percent of the vote on Election Day. 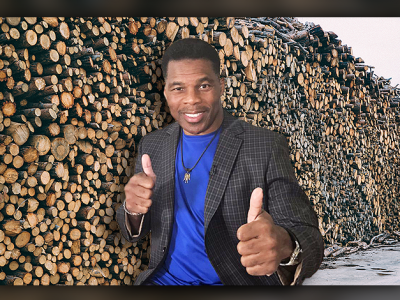