McAuliffe has made "equity" a chief theme in his campaign for a second term in the governor's mansion, tying racism to issues such as education, the economy, and criminal justice. In mid-August, however, McAuliffe removed his pledge to "eliminate racial disparities" from the top of his campaign's K-12 education page, screenshots reviewed by the Washington Free Beacon show. The Democrat also nixed the term "equitable" from the top of four issue pages on his campaign site. 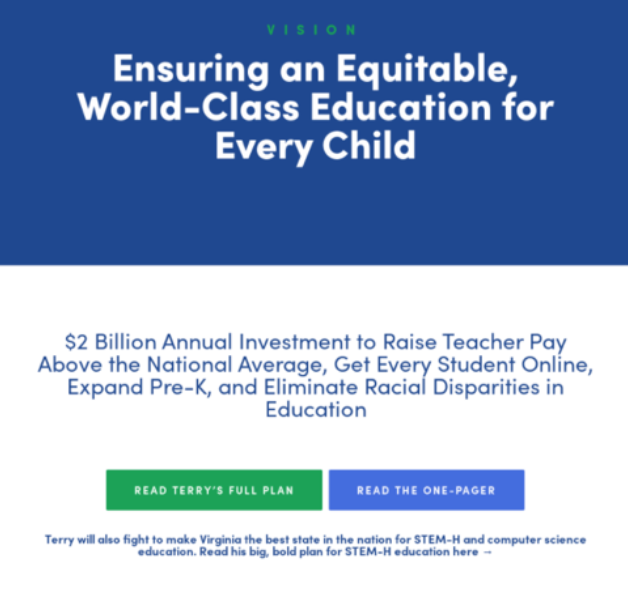 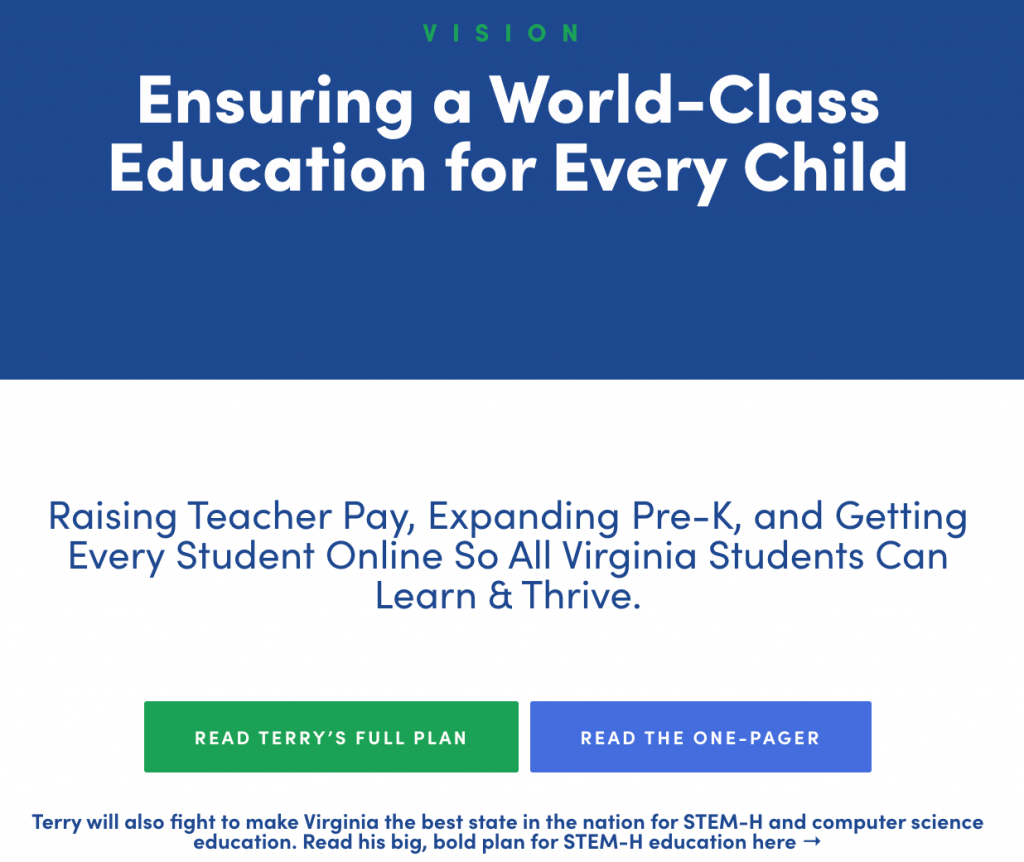 The move came just weeks after a Trafalgar Group poll showed McAuliffe with a narrow lead over Republican Glenn Youngkin. It also came as Democrats in Virginia and across the country expressed concern over "equity initiatives" in public schools. In Loudoun County, for example, parent groups have collected thousands of signatures to recall school board members who have endorsed critical race theory.

The changes to McAuliffe's campaign site suggest the Democrat is attempting to play both sides of the issue. McAuliffe in June called critical race theory "another right-wing conspiracy" that is "totally made up by Donald Trump and Glenn Youngkin." At the same time, the Democrat collected hundreds of thousands of dollars from teachers' unions that have defended teaching critical race theory in public schools.

The Democrat has not changed his full K-12 education plan, which is aimed at "ensuring that every child has access to an equitable, world-class education." But removing race-focused language such as "equitable" from prominent positions on his campaign site could reflect an attempt to distance himself from critical race theory while remaining in his union allies' good graces.

McAuliffe has received nearly $1 million from the National Education Association and American Federation of Teachers, the nation's two largest teachers' unions. One week before the NEA contributed $400,000 to McAuliffe's campaign, union president Becky Pringle said her members "are not going to be afraid" to teach critical race theory in schools, because they "know that to not teach it, we are not telling the truth."

Youngkin, meanwhile, has placed his opposition to critical race theory at the center of his campaign. The Republican in May pledged to "make sure our kids learn real math, not a political ideology."

McAuliffe and Youngkin are set to square off in November. McAuliffe leads the Republican by four points, according to the RealClearPolitics polling average. President Joe Biden won the state by 10 points in November.

Maryland Elementary Schoolers To Learn About Privilege and Systemic Racism