A swing-district Wisconsin Democrat fundraised on Wednesday with failed congressional candidate Valerie Plame, who has blamed Jews for America's wars.

Deb McGrath, who is running for Congress in the state's Third Congressional District, hosted the virtual fundraiser with Plame. The event's invitation, obtained by the Washington Free Beacon, shows that supporters were charged up to $1,000. 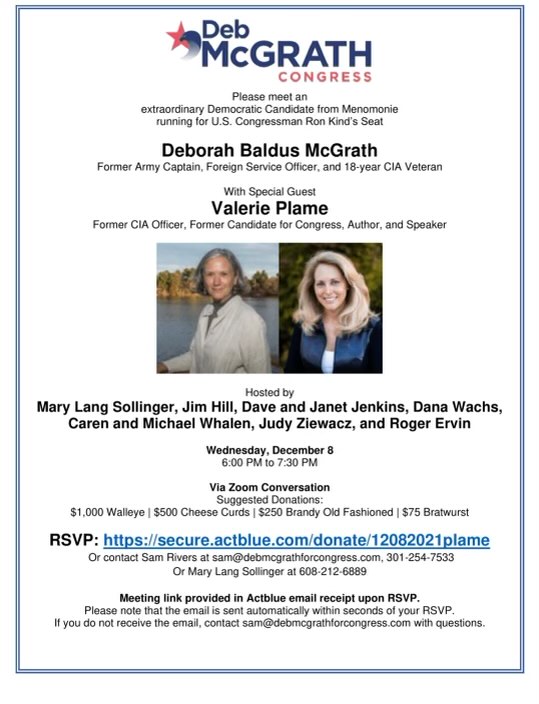 Plame, a former CIA operative, faced criticism in 2017 when she tweeted an article titled, "America's Jews Are Driving America's Wars," which suggested Jews who appear on television should have a "warning label," "kind of like a warning label on a bottle of rat poison." In since-deleted tweets, she defended the post, saying "many neocon hawks ARE Jewish." Plame eventually apologized, however, blaming the tweet on "multitasking."

McGrath's campaign did not respond to a request for comment.

Republican Derrick Van Orden narrowly lost to Rep. Ron Kind (D.) last cycle and is considered a favorite to flip the seat for Republicans in 2022. Kind in August announced he will retire amid reports that a property he rents out is tied to human trafficking and prostitution.