A prosecutor in the office of a Virginia district attorney boosted by George Soros has a history of race-baiting on her social media and has predicted a war between white, Christian, heterosexual men and "everyone else."

"We are dangerously close to a civil war but it's not North vs. South," tweeted Kimberly Phillips, who works as an assistant commonwealth's attorney for Loudoun County's top prosecutor, Buta Biberaj (D.). "It's White, Male, Christian, Heterosexual, and Wealthy vs. Everyone Else." Phillips has also said the county where she works is "the embodiment of white flight and racism" and "has created an environment where white supremacy to the exclusion of non-whites is safe." 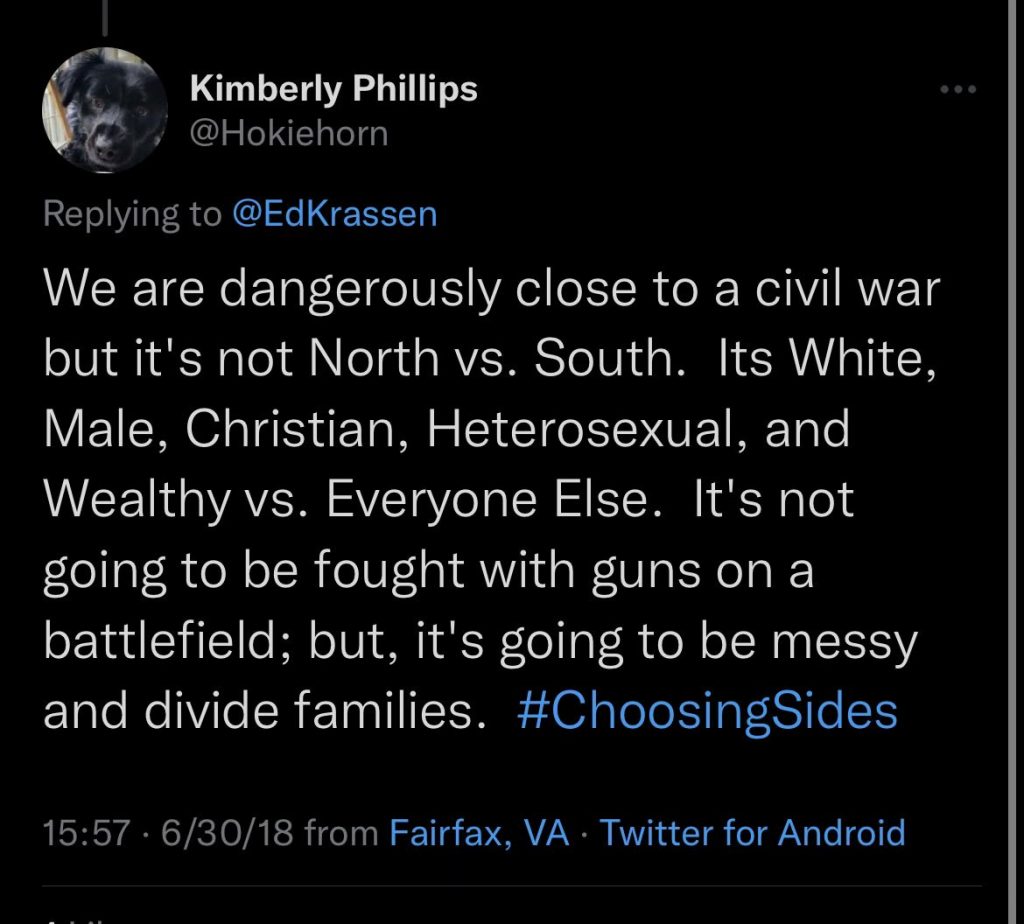 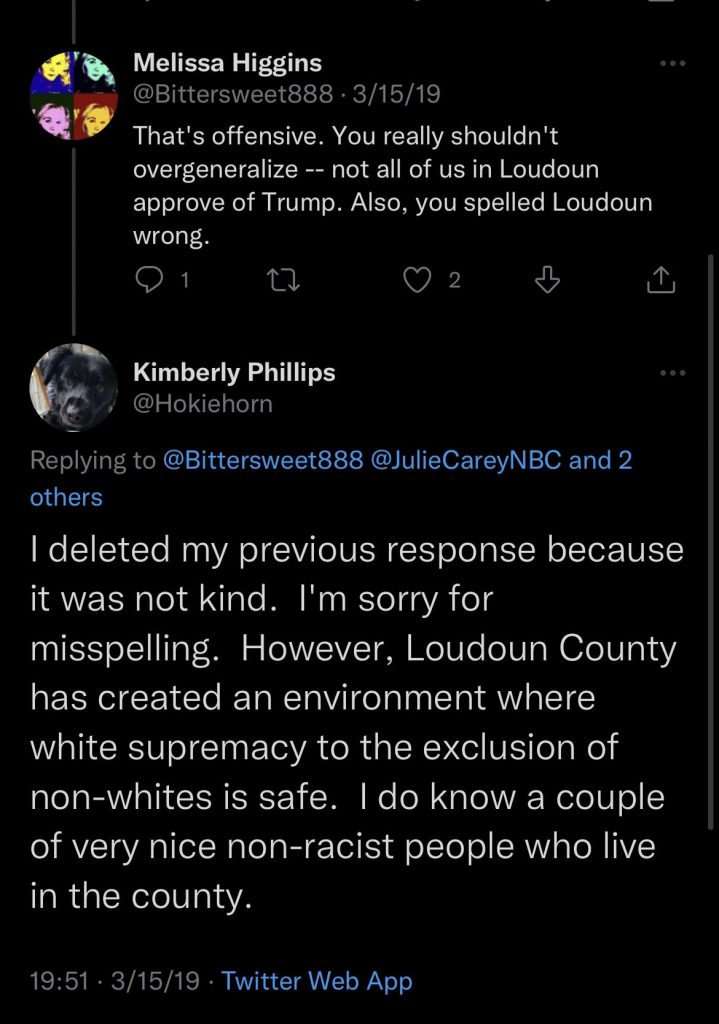 Phillips’s tweets come as Biberaj’s office faces criticism for its soft-on-crime approach.  Liberals and conservatives alike have criticized the radical prosecutor for giving lenient sentences to violent criminals. Biberaj came under fire earlier this year after she hired a registered sex offender convicted of child pornography possession to work in her office as a paralegal.

Biberaj caught flack last year for her handling of a sexual assault case in which a teenage male student was let off, allowing him to transfer to a different school where he assaulted another student. At the time, Phillips deflected blame, saying, "The Commonwealth's office has nothing to do w/ schools or their disclosure of sexual assaults." She has also advocated for getting "police out of schools." 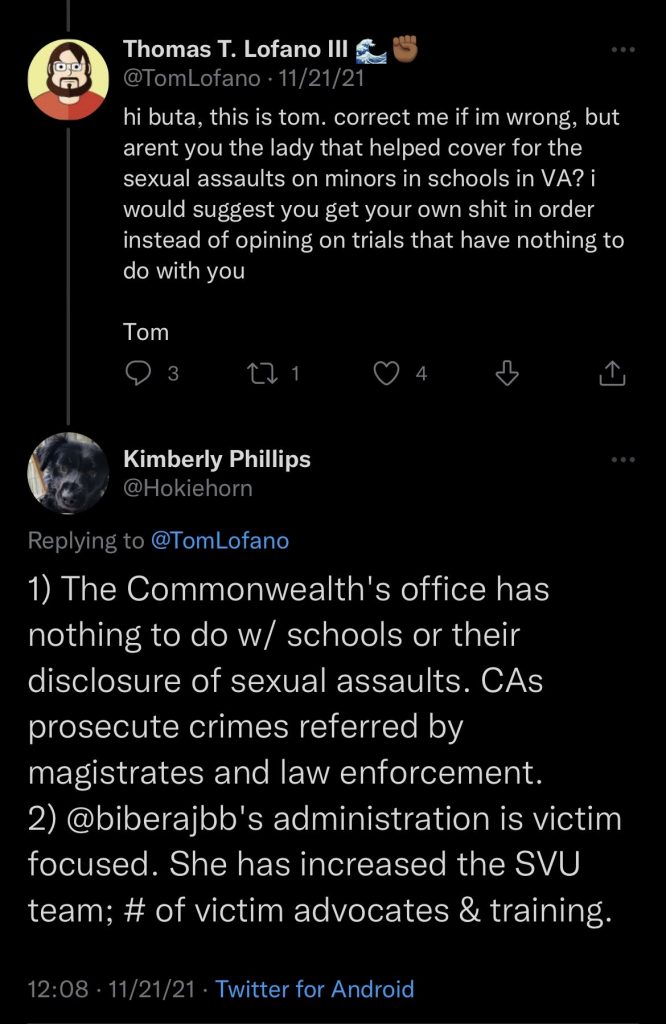 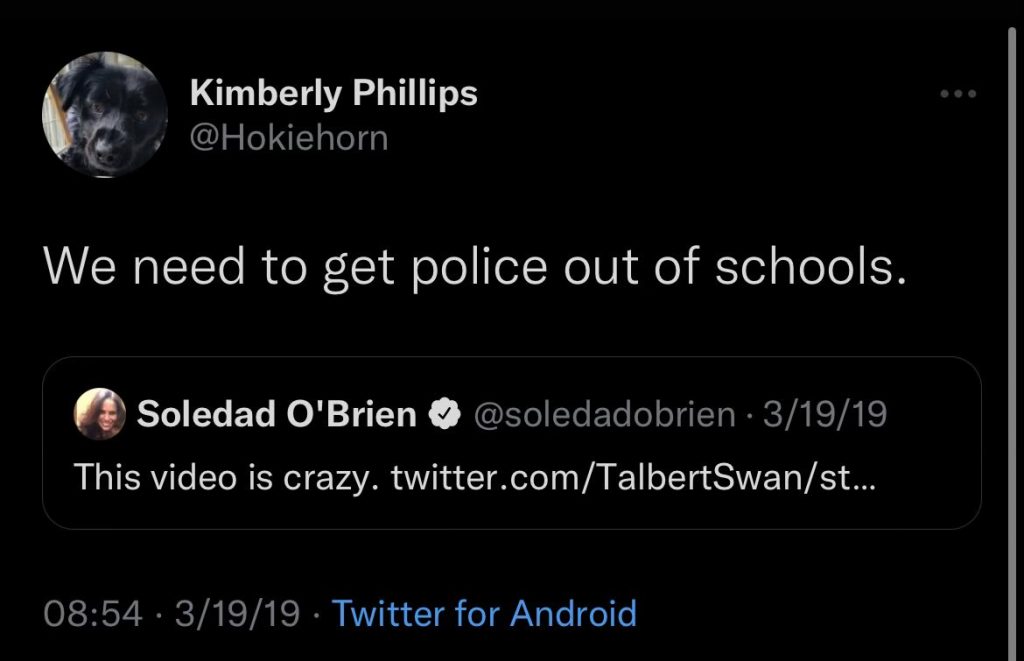 Sean Kennedy, president of Virginians for Safe Communities, told the Washington Free Beacon his group is "on the cusp" of filing a petition of signatures to recall Biberaj this year.

"Buta Biberaj is dangerously biased and exhibits poor judgment," Kennedy said. "Ms. Phillips is a radical and her prejudices warrant her immediate dismissal."

Biberaj's office did not respond to a request for comment.