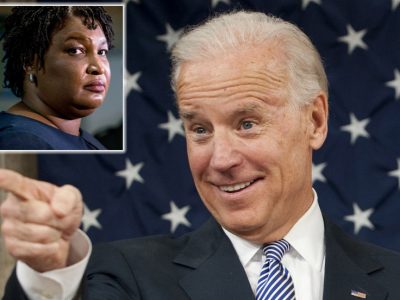 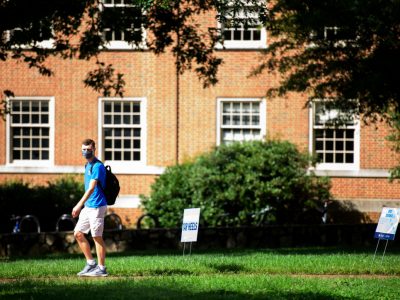 As a congressional candidate, North Carolina's Wiley Nickel describes himself as a moderate seeking "bipartisan solutions." As a state lawmaker, the Democrat partnered with a liberal policy group working to defund police and end cash bail.

Nickel in 2019 signed on to liberal advocacy group Future Now's now-deleted "Pledge to Achieve America's Goals," internet archives show. The pledge's signers agreed to "advocate for" and "work to achieve" seven policy goals with corresponding pieces of model legislation, which, according to the Atlantic, amounted to "a comprehensive progressive wish list" aimed at building "the next progressive era in American politics." Future Now's crime policy section, for example, included a call to "reduce the jail population by ending the practice of cash bail." It also argued police funding "has been shown to have no connection to crime rates" and called to "increase public safety by reallocating" police funds, a move the Brookings Institution defines as "defunding the police."

Three years later, Nickel is portraying himself as a "moderate" working to achieve "real, bipartisan solutions" in his run to replace outgoing Republican congressman Ted Budd (N.C.). In addition to his partnership with Future Now, however, Nickel holds one of the most liberal voting records in the state senate, which the Democrat joined in 2019. That year, Nickel voted against a bill that required North Carolina sheriffs to comply with Immigration and Customs Enforcement detainers, which came just months after a progressive sheriff ignored a detainer placed on 37-year-old Luis Analberto Pineda-Anchecta. The decision allowed the Honduran national to roam the streets on bond after he was arrested for threatening his ex-girlfriend—just four days after his release, Pineda-Anchecta kidnapped and threatened to kill the same woman.

Nickel's progressive past could come back to haunt him as he campaigns against Republican Bo Hines in North Carolina's newly redrawn 13th Congressional District, a swing seat with a roughly even split of Democrats and Republicans. Nickel has won his deep-blue state senate district, meanwhile, by more than 30 points in both 2018 and 2020.

Nickel, who did not return a request for comment, was one of dozens of North Carolina Democrats who faced criticism in 2020 for signing the pledge. In turn, Future Now cofounder Daniel Squadron—a former Democratic state senator in New York who also worked for Senate Majority Leader Chuck Schumer (D., N.Y.)—argued that signing the pledge did not constitute "an endorsement of a single policy."

But internet archives show that the group added a line to the pledge on September 17, 2020, stating that its signers did not endorse "any specific bill." That change came days after North Carolina state house speaker Tim Moore (R.) accused state Democrats who signed the bill of "promising to defund the police." Future Now, which has since renamed its policy arm "The Lawmaker Network" and removed some of its far-left crime policy proposals, received nearly $2 million from liberal dark money groups Hopewell Fund and Sixteen Thirty Fund in 2020, according to tax filings reviewed by the Washington Free Beacon. Billionaire left-wing megadonor George Soros gave the group nearly $10 million the year before.

Nickel's first political campaign was not in North Carolina. The Democrat in 2006 ran for state senate in his native California—a race he lost to Republican incumbent Jeff Denham by double digits, even though the district "was carved out specifically to elect a Democrat." Nickel's own family donated to Denham's campaign, and Nickel put thousands of dollars of his own money into the race.

Nickel went on to work for former president Barack Obama before launching another senate campaign, this time in the Tar Heel State, in 2018. He served two terms in the state legislature before launching his congressional campaign against Hines. Both candidates have raised nearly $2 million.