Harrison camp led by aides with history of homophobic tweets

In a series of text messages obtained by the Washington Free Beacon, voters received a greeting from an individual identifying themselves as a representative for "Jaime Harrison for U.S. Senate and the South Carolina Democratic Party." If voters signaled opposition to Harrison, the conversations went sideways. 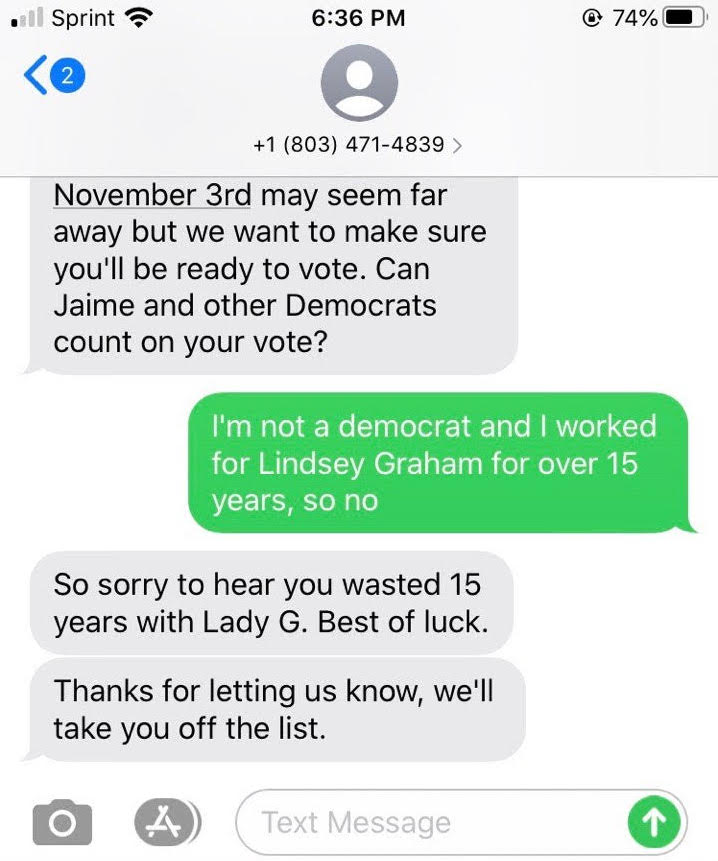 Another text from somebody who identified herself as "Kelly with Jaime Harrison for U.S. Senate" argues that "Republicans only want right [sic] for wealthy white men, all others they are willing to kill with the virus to protect their wealth." 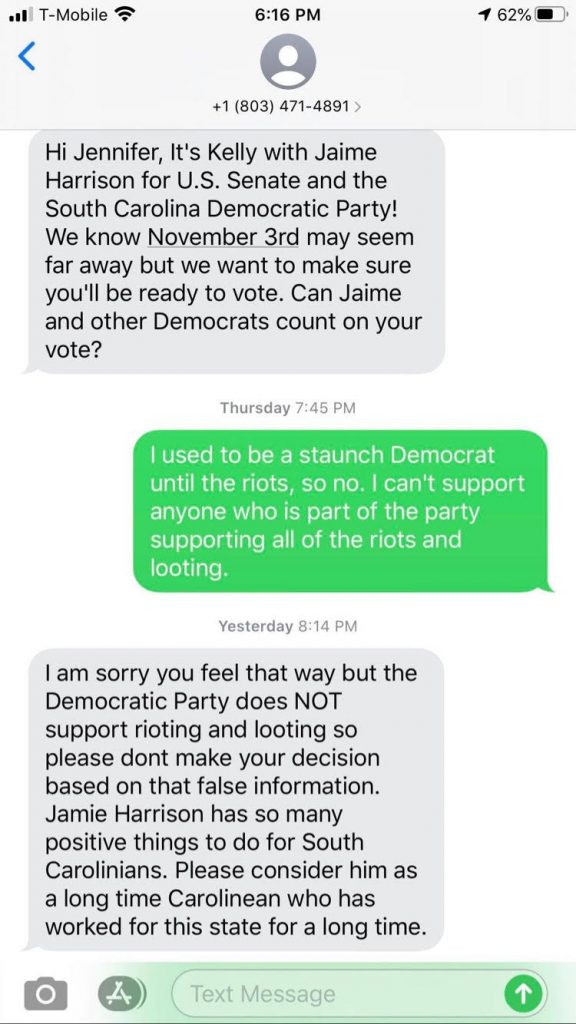 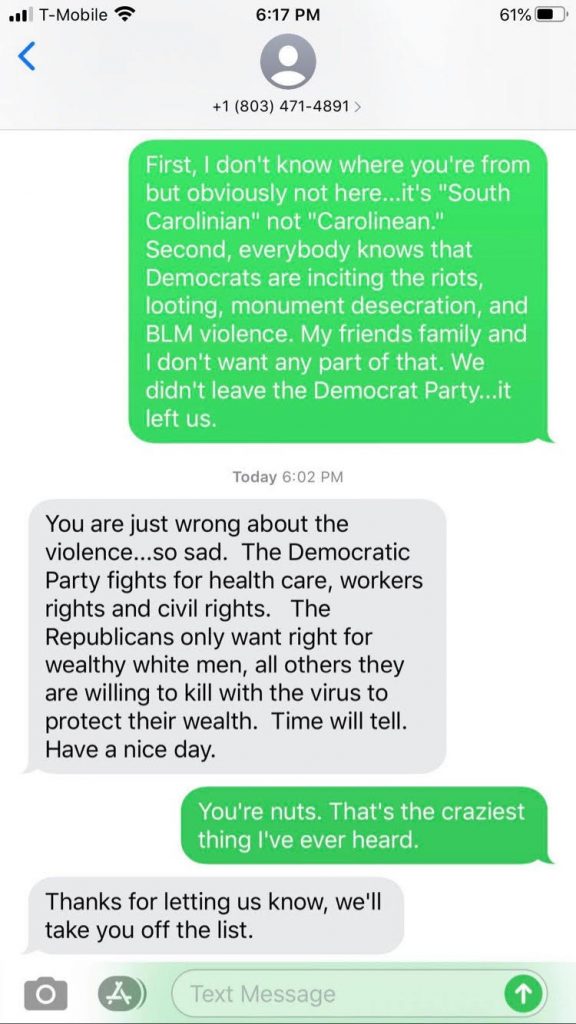 The Harrison campaign did not respond to a request for comment from the Free Beacon, directing the inquiry to the state's Democratic Party, which blamed the texts on a "rogue volunteer" and said none of the text messages were part of official campaign scripts. "We have thousands of volunteers making calls and texting out the vote," party spokeswoman Lauren Brown told the Free Beacon. "We condemn any use of homophobic language or personal insults."

The campaign regularly advertises "text out the vote" events in which Harrison's "text team will text folks about our campaign, and help us reach more voters." Multiple screenshots of Harrison campaign texts shared on Twitter use a script similar to the texts obtained by the Free Beacon—the campaign representatives start by saying they are working for "Jaime Harrison for Senate and the South Carolina Democratic Party" and ask if voters will "support Jaime and other democrats [sic] in South Carolina."

The texts came from a pair of phone numbers using area code 803, which represents central South Carolina, including the city of Columbia. Harrison's campaign headquarters are located in Columbia, and the office phone number listed on his campaign site also uses area code 803. Attempts to reach the phone numbers in question were met with an automated message for a "relay text system."

Harrison previously served as a top aide to Rep. Jim Clyburn (D., S.C.) before joining the now-defunct Podesta Group as a corporate lobbyist. The Democrat represented the likes of Walmart, BP, Bank of America, Boeing, and Google while at the firm, earning $1.6 million from 2012 to 2016.

Harrison went on to run for Democratic National Committee chairman in November 2016 but dropped out months later to endorse eventual winner Tom Perez, who paid Harrison more than $22,000 to cover campaign expenses. He launched his campaign against Graham on May 29, 2019, and was endorsed by the Democratic Senatorial Campaign Committee just one day later. Harrison ran unopposed in the state's June primary after three opponents withdrew from the race. He will face Graham in November.