Schrader is yet to respond to the arrest and has instead made discreet attempts to remove the online trail tying him to Hunt. The Democratic congressman removed Hunt's endorsement from his campaign site at some point between April 19 and May 4, according to the Internet Archive's Wayback Machine. On May 3, his campaign's Twitter account deleted a year-old tweet thanking Hunt "for the endorsement and your continued leadership in Oregon." Schrader also removed a 2013 photo taken with Hunt from his Facebook page.

Schrader and Hunt have supported one another's campaigns for years. The pair held a joint town hall in Milwaukie, Ore., in April 2011. Just weeks later, Hunt launched his run for Clackamas County chair by touting Schrader as an initial endorser. Schrader has accepted more than $1,300 in campaign contributions from the former state legislator since 2008.

Schrader's campaign did not return a request for comment on Hunt's arrest, as well as the decision to scrub posts linking the two Democrats. Hunt's attorney denied the sexual solicitation charge levied against his client.

As a state representative, Hunt in 2007 sponsored a bill that made sex trafficking a criminal offense punishable by up to 10 years in prison. Four years later, he voted in favor of a bill that criminalized commercial sexual solicitation, the same crime police charged him with in April.

After leaving the state legislature in 2013, Hunt joined the board of a local community college. He took leave from the board following his arrest. Hunt also serves as president and CEO of public affairs firm Columbia Public Affairs.

Schrader won his seventh term in Congress in November, defeating Republican challenger Amy Ryan Courser by 7 points. He has faced criticism from both sides of the aisle after flip-flopping on the PRO Act, a labor reform bill backed by top union leaders and President Joe Biden.

Schrader voted against the bill in February 2020 but has since pledged to back the legislation, which he conceded would "negatively impact many small businesses and their employees in Oregon" in a March statement. The announcement came just one day after Oregon's AFL-CIO chapter held protests at his district offices, with picketers calling the PRO Act a "historic opportunity to rewrite the rules of the economy."

The union did not contribute to the Democrat's 2020 reelection campaign and instead promised to "hold Congressman Schrader accountable" for his vote against the bill. 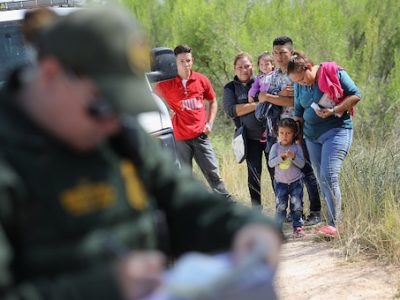